Irish actor Jessie Buckley gives us the lowdown on her new Netflix movie. 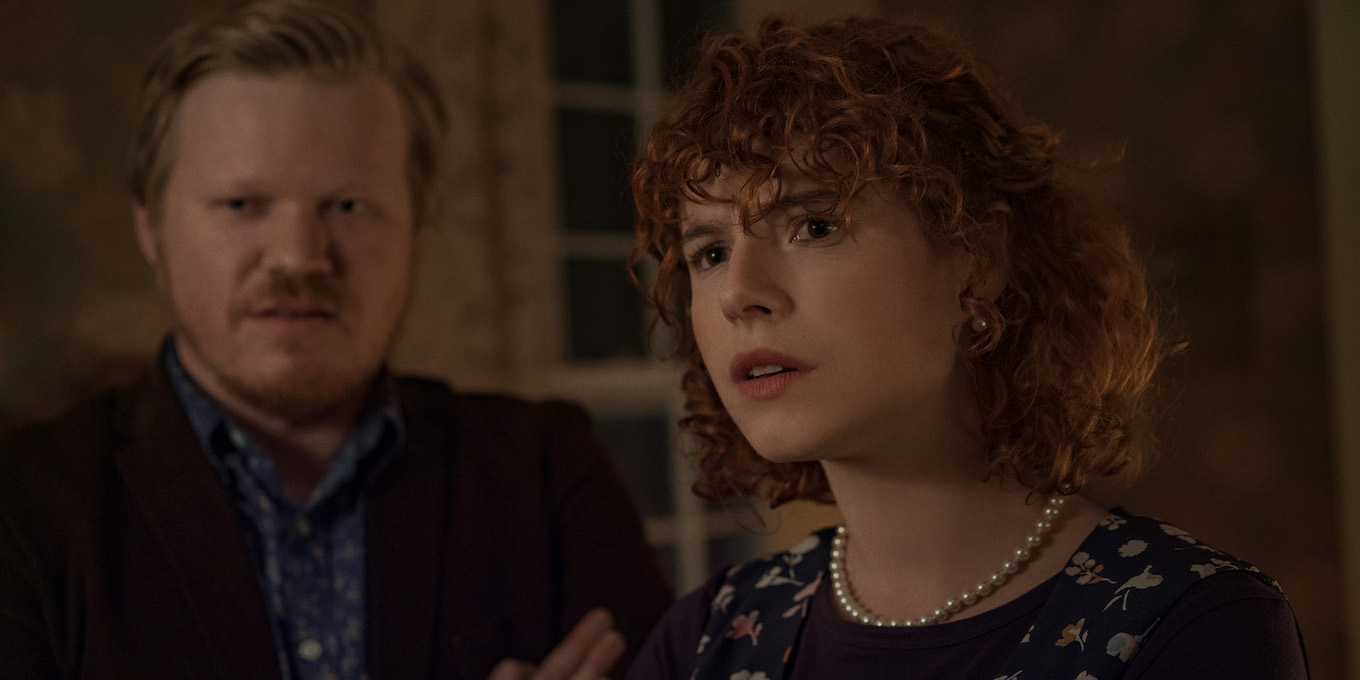 Jessie Buckley and I have been talking for about 60 seconds, and we already have something in common. You see, I don’t quite know how to talk about her new movie, I’m Thinking of Ending Things – the latest surreal drama from celebrated writer-director Charlie Kaufman – and I admit as much to her. “Oh, good. Me neither,” the Irish actor says, her jovial laugh ringing out through our Zoom call. “That’s the best way to go about this. Going into these press junkets, I was like, ‘I don’t understand how I’m going to do this.’ But that’s the whole thing – there’s nothing finite about this film.”

It’s a realization that viewers will come to when the movie begins streaming on Netflix on September 4. I’m Thinking of Ending Things, which is adapted from the book of the same name by Canadian writer Iain Reid, starts with a snowy road trip. Having formed an intense connection just six weeks into their relationship, Jake (Breaking Bad’s Jesse Plemons) invites his girlfriend (Buckley) to his family farm to meet his attentive parents (played by Toni Collette and Harry Potter’s David Thewlis). While on their journey, in between intellectual debates about art, poetry and more, a thought takes hold of the young woman’s mind: “I’m thinking of ending things,” she thinks over and over again, questioning the future of their relationship. And once they arrive, she notices a series of odd behaviours and strange comments that leave her feeling unsettled. It’s a movie that is full of big, complicated ideas about time, memory and existence. And, in true Kaufman fashion (he’s also the brains behind Anomalisa, Adaptation and Eternal Sunshine of the Spotless Mind), it lends itself to many, many viewings.

For the film, which puts its own spin on the book, Kaufman wanted to round out the role of the young woman. He sought to give her agency and perspective that wasn’t possible due to how Reid’s book was written. Along came Buckley, a rising star with three impressive breakout performances last year in musical drama Wild Rose, HBO hit Chernobyl and Judy Garland biopic Judy. “She’s kind of an amalgamation of lots of different things. There were conversations with Charlie, and I like gathering visual things, like paintings or pictures, when I’m preparing,” the 30-year-old says from Chicago, where she’s under a two-week quarantine ahead of returning to production on season four of Fargo. “There was no centre of gravity for this character. She didn’t have a ground or feet – there was nothing. She shapeshifts. She’s kind of like a ghost who takes on many forms.”

Buckley says her involvement in the film was a random surprise. “It’s quite a rare thing to get a Charlie Kaufman script sent to you, like, ever in your life,” she says, a sense of disbelief somehow still present in her voice. She’d just landed back in Dublin, returning to her native Ireland for Christmas, when she got the screenplay with a warning from her agent: This project is top-secret, and it’s going to be huge. “I parked myself in a coffee shop and read it. I was so excited and unnerved and challenged,” Buckley says. She put herself on tape, happy to even have the chance to embody the character just once, and sent it off with no expectations. And then Kaufman called and offered her the part. Buckley’s answer was obvious: “Oh, yes, that would be nice.”

They got to work from there, having conversation after conversation to build the enigmatic character. “It was a really unique experience,” she says, comparing her prep work to working on a surrealist painting. But, she admits, no amount of pre-production work could really ready her for being on set of the twisty film, which demands that its actor change course at a breakneck pace. “You want to be alive to the fizzing energy of the room. You have to be like a sponge,” Buckley says. “Charlie is a question asker, and you have to be able to say ‘I don’t know’ with confidence.” 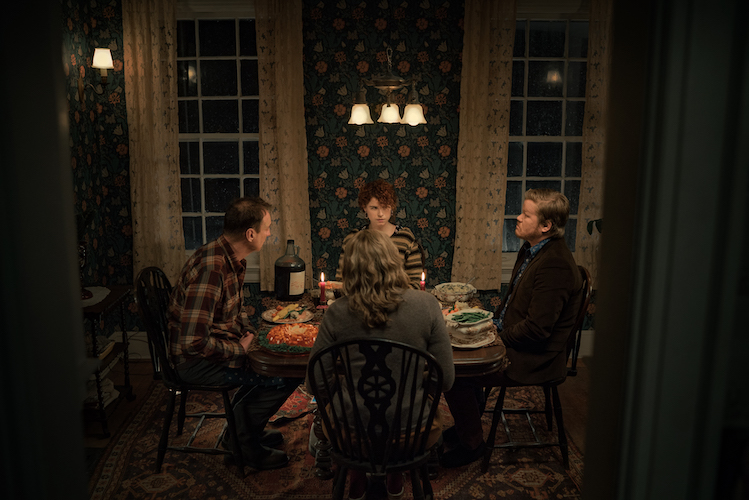 Because there is no one reading of I’m Thinking of Ending Things, and each subsequent viewing is sure to inspire new interpretations and feelings, I have a burning question for Buckley, who’s had more time to sit with the film than I have: How has her experience with it evolved since first getting the script almost a year ago? “Oh, Jesus. I don’t even know how to answer that,” she says, pausing to think. “It transcends every time. It’s always different, depending on where I am in life. Right now, it feels like a road trip towards nostalgia and the different forms of self that we have lived in.”