The Moana star comes to Netflix with her new film All Together Now. 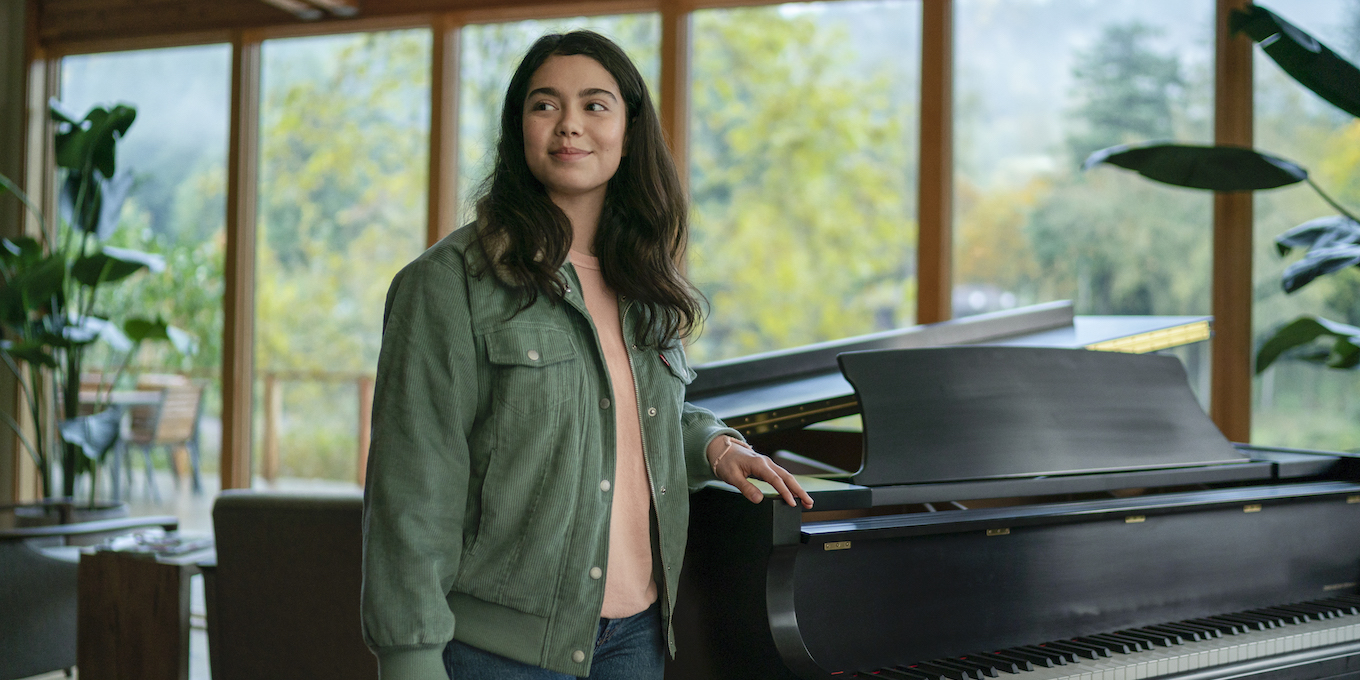 It is a bold decision to move away from your family for the first time in the middle of a pandemic, when the need for comfort and support is high. But it’s also a stroke of genius: There is, perhaps, no better time to figure out how to get things done on your own than while being encouraged to stay away from other people. Just ask 19-year-old Auli’i Cravalho. “You know, it’s been tough because this is my first apartment by myself. I feel very blessed because I am safe and healthy, but I didn’t expect isolation to be so…isolating,” the actor-singer tells us from her home in L.A. “But my mom is only 10 minutes away and I’ve been learning a lot about myself. It’s been me and my cat, Rocco, singing show tunes and trying new recipes. I made whipped butter not too long ago, and then I put honey in it so I had honey butter. I was like, ‘Who am I?”

The Hawaiian-born star first broke out into the industry as the voice of Moana, the protagonist of the hit 2016 Disney animated film of the same name that also featured Dwayne Johnson and songs written by Hamilton‘s Lin-Manuel Miranda. Since then, she’s starred in Rise, a one-season musical drama set at a high school, and last year’s TV staging of The Little Mermaid Live! Up next: Netflix’s All Together Now, which starts streaming on August 28. In the film, which is adapted from Matthew Quick’s novel, Sorta Like a Rockstar, Cravalho stars as Amber, an aspiring singer and an optimist who remains cheerful even through the most difficult of situations – until a family tragedy upends her entire life.

What drew you to All Together Now?

I remember reading the script, and then the book, and being really taken by Amber’s character. She’s this intense optimist who works really hard in all that she does and has really wonderful friendships. But she also isn’t 100 percent honest with them either. And, as she begins to lose hope, I love that we get to see her grow and learn how to accept the help that she needs from who friends, who become her chosen family.

And I loved the cast and crew. We have fantastic actors, some of whom are non-neurotypical and differently-abled. I can’t wait to see what they have coming up next, and I’m looking forward to seeing more inclusion in films in the future.

It feels rare to see someone on screen who is as optimistic as Amber also be so reluctant to let people into her life.

Absolutely. Giving help is very, very different from asking for it. Asking for help is a strange beast to try and overcome, as if there’s some kind of shame in not being able to do something alone. We live in such a big, beautiful world with so many people, who I believe are pretty good at their core. I choose to believe that people will lend help when you need it. It’s a great way to be of service and make an impact. So I don’t understand, even for myself, why it can be so difficult to be open and vulnerable. I think it’s beautiful to see Amber explore that on-screen, and it definitely inspires me to be a little bit more transparent in my life.

Did you relate more to her outward optimism or her unwillingness to ask for help?

I related to both aspects so hard. [Laughs] I am an optimist almost to a fault. I’m trying to be more of a realist – I don’t want to be a pessimist, but a daily dose of realism, like reading the news, is really important for me. If you can remain optimistic while reading the news, I think you’re in a pretty good headspace. But that is what drew me to Amber, and thankfully, that’s what [director] Brett Haley saw in me. I had auditioned for one of his other films, All the Bright Places, before and had really wanted the part. He was like, “You’re not quite right for this one, but I’ll keep you in mind.” And I was like, “Great, I’ll never hear from this man ever again.” But he actually remembered me and my optimism.

What Amber is feeling especially resonates now during the pandemic. Has what we are now collectively going through made you look at the movie in a different way?

I knew what we were making was important, but I didn’t know that it would be so timely. I never thought it would be coming out during a time when we have been away from our family and friends; a time when we have either tried to accept or vehemently deny a new normal. We can all relate to the need to find hope, having friends we can rely on and truly asking for help when we need it. This film also touches upon really deep topics, like childhood homelessness, the importance of arts and all of these other important things.

Your first role was a huge Disney movie, which is the dream. Before getting that part, did you always see yourself singing and acting?

I got cast in Moana when I was 14, and it came out when I was 16. Before that, I loved singing and acting. It was definitely a passion, but it was more of a pastime. I was also still going to high school and I was really interested in microbiology. I graduated wanting to pursue science. I really love acting, but I’m also really excited for what my future holds because it doesn’t end here. I’m not really sure how to categorize myself because I have so many different interests.

Yes, I love it. There are so many invasive species of algae in Hawaii, and I was trying to figure out a way to make a natural skincare product using them, because algae can, like, collect UVA rays without leaving any harmful residues on coral reefs like many sunscreens do. I was working on developing a formula before Moana, so I very much went through a career change.

If you could go back and tell your younger self something you wish you knew then, what would it be?

I would tell myself that this is a marathon, not a sprint. I don’t have to have everything figured out. And start being honest with yourself and those around you. I will make mistakes – that’s part of being human and being a teenager. I have to remember that I have time. That’s a big one I still struggle with. Who I am is not who I will be in five, 10 years and I have to be okay with that.

I’ve noticed you’re quite active on social media and don’t seem to be afraid of being vocal. Was it difficult to find develop your voice through your teenage years while also having all of these eyes on you?

Oh, it’s absolutely terrifying sometimes. There are a lot of eyes and ears focused on me, which is strange. I try to be as educated as I can, but I can only speak from my experience. And obviously, my experiences shape my politics and who I am as a person. Social media is another beast. I try to be open-minded. Reading the comments, sometimes I’m like, “Okay, do I take my social-justice warrior stance? Or do I try to have an honest conversation over a public platform? Or do I stay silent?” It’s scary, learning in the public eye. But I don’t know a better way. The only way I can put my best foot forward is by asking as many questions as I can, having a great set of people around me who are also pursuing more knowledge and understanding that we aren’t finished people. Our views are going to change. My friends and I don’t have to agree on all topics. It’s the only way to learn.