We caught up with the star at the premiere of new biopic "Judy." 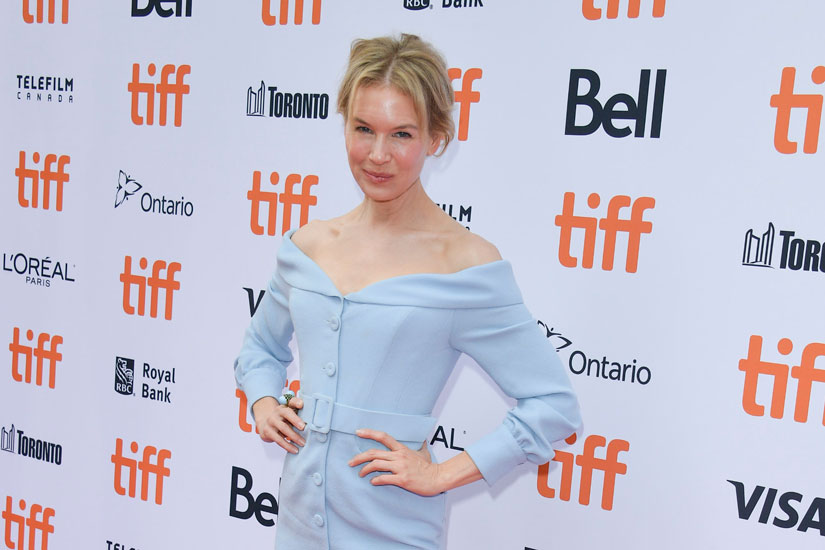 What do you get when you take a movie star and cast her in a highly-anticipated biopic about another major star? Oscar buzz. At least that’s the word surrounding Renée Zellweger, who’s taking on the role of screen legend Judy Garland in drama Judy.

Before the Oscars, however? The film’s Canadian premiere at this year’s Toronto International Film Festival, where the actress opened up about her new movie. Zellweger admitted that she was surprised by what she learned about the Golden Age star while making the film.

“It never occurred to me that a person who had been so revered through the generations would be experiencing such difficulty in her final chapter,” she told us on the TIFF red carpet. “I was also surprised at what she was able to achieve in spite of that. I’d always admired her, but my admiration grew exponentially in learning the context of the difficulties she was trying to navigate.”

Judy tells the story of Garland’s arrival in London — almost 30 years after The Wizard of Oz made her a star — to perform a five-week run of sold-out concerts amid health and financial problems. It also follows the final year of Garland’s life, before she tragically died of an accidental overdose in 1969.

It’s tricky to pull off any biopic well, let alone one that’s about a star as beloved as Garland. But Judy director Rupert Goold knew he’d found the perfect actor for the part the moment Zellweger finished her first shot. “[I felt] rapture,” he said on the red carpet, laughing. “I [felt] relieved. Excited. I remember thinking, ‘We’re going to have a fun few weeks doing this.’”

Finn Wittrock, who stars as Garland’s fifth (and last) husband Mickey Deans, felt the same way about working on the movie. The American actor said he couldn’t help but be inspired by Zellweger, who, he noted, stayed incredibly immersed in her role throughout filming. “I was blown away [by Renée]. I’m not the same actor that I was before.”

Just moments before stepping into the theatre full of over 1,000 eager TIFF-goers waiting for the screening to start, Zellweger looked back the role fondly. “It was [my] professional responsibility to go down that YouTube rabbit hole for six hours to immerse [myself] in the materials of Judy Garland,” she said with a laugh. “All of it was a dream.”