Writer-director Alice Wu opens up about making the movie, which is streaming now. 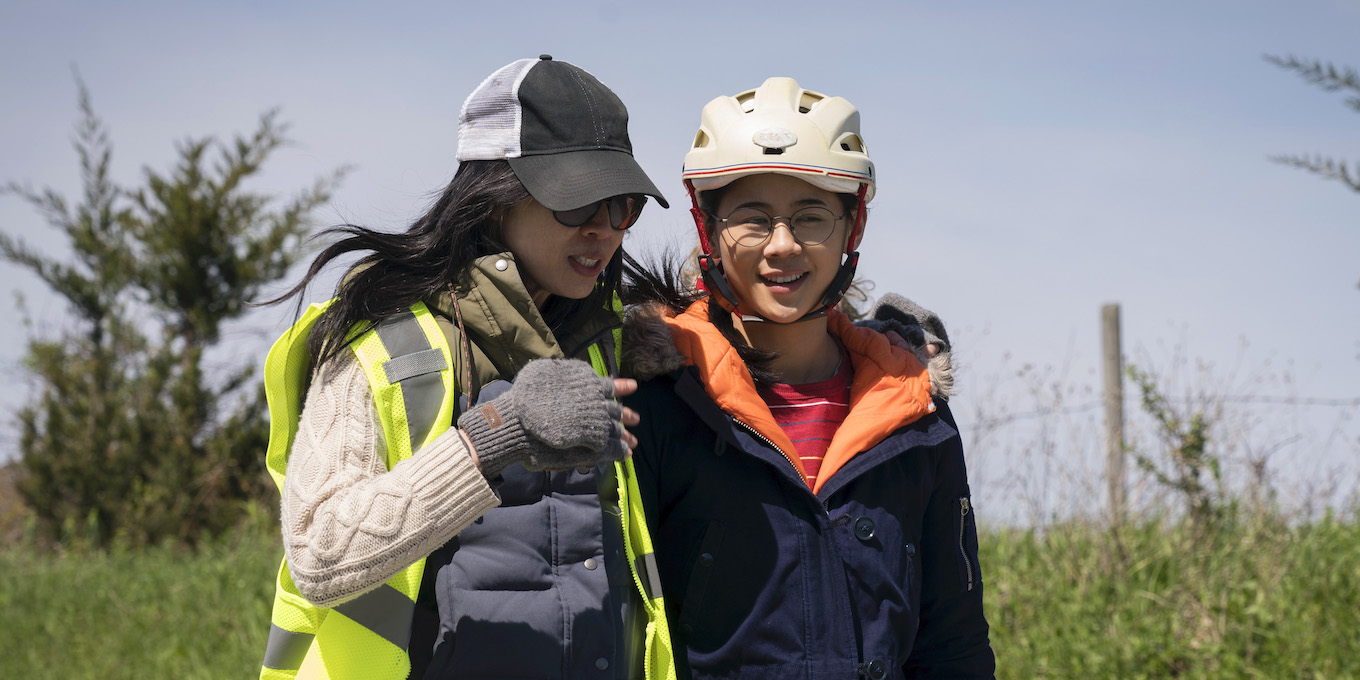 When Netflix released the trailer for its new queer teen romantic comedy, The Half Of It, movie fans on Twitter lit up with eager anticipation. Some, overjoyed not only to see a romcom with LGBTQ representation, but one with an Asian-American woman at its centre, even sent writer-director Alice Wu fan art. (Again, this is before anyone had even seen the movie.) And while it’s not surprising that people are excited about a film like this, for Wu – whose first and only movie until now, the little-seen but beloved Saving Face, came out over 15 years ago – it was quite surreal.

“I’m not well known at all, so [the initial reaction] was kind of astonishing,” Wu tells us. “It’s not like The Avengers or anything, but more people seem to know about the movie than I ever expected at this point. Even back in January when Netflix put out a Twitter thread announcing their original movies, we ended up being the second-most liked tweet – the first one being the Taylor Swift documentary.”

Fans won’t have to clamour for the film much longer: The Half Of It drops on Netflix on May 1. The movie is a take on the classic Cyrano de Bergerac tale with a twist: When shy teen Ellie (Leah Lewis), who lives in a small conservative town, is hired by a sweet jock to write a love letter to his crush, she realizes she also has feelings for the same girl. But it’s about much more than romance; it’s about a young queer woman forming deeper relationships. “[So often], romantic comedies are about finding a romantic partner, your other half, and then your life is complete, right?” Wu explains. “But in this story, there’s a little bit of a subversive switcheroo. There is no such thing as a ‘perfect half.’ But there is this search for a connection, and by reaching for that connection, you learn something about yourself.”

While unexpected, the fervor is more than welcome. The Half Of It was originally supposed to debut at the Tribeca Film Festival, much to the delight of Wu, who describes herself as an “old-school” filmmaker thrilled by the idea of showing her movie in a theatre while still reaching a streaming service’s audience. When the fest was cancelled for obvious pandemic-related reasons (a decision the San Francisco-based director was in full support of), Wu “had made [her] peace with it.” But still, she couldn’t help but worry a little. “It was kind of like whatever happens to the film, happens. I had actually thought we were losing, that this was not very good news,” she says. “[But] there’s this, like, weird hunger for this film. I’m excited it’s not just a niche group of people who want to watch it.”

With her 2004 film Saving Face‘s status as a cult classic queer romcom, it’s curious that Wu is only just making its followup now. She took on other writing jobs in the years following her directorial debut, but tells us she left the industry about a decade ago to take care of her mother when she got sick. (She’s doing well now.) When the 50-year-old filmmaker felt ready to make another movie, every writer’s nightmare happened: She had writer’s block. Wu’s workaround, as she explained to the New York Times, was creative, to say the least. She wrote a $1,000 cheque to the National Rifle Association, which she would never support, gave it to one of her best friends and told her to mail it out if she didn’t have a draft done in five weeks.

Wu finished the draft. And when it came time to actually produce The Half Of It, she found herself with three financing options: two that mean a theatrical release for the movie, or Netflix. “I wrestled with that [decision] a lot,” she says. “But with this specific movie, I knew that I didn’t want to cast stars. I wanted fresh faces. And I was trying to say something, hoping that it might affect the cultural conversation for young people and for people who may be in more conservative areas of the country. I just knew that Netflix was the best way to do that.”

And so, on the eve of the movie’s release, what is it that Wu hopes to say? “I am someone who fundamentally believes that we’re all more similar than different. I believe that we’re all born good. It’s an interesting time to be someone who is trying to hang onto that belief because I feel like my country is being torn apart,” she says. “I hope The Half Of It speaks to people who live in a small town like the one [in the film]. I hope they fall in love with these characters – because that’s how you create empathy, right? You write these very specific characters who maybe don’t look like [the entire audience], but then people identify with them. I’d like to think it makes you feel more open to being connected to a larger humanity.”