Shannon Purser's Ready for Her Moment

The actress has her first starring role in Sierra Burgess Is a Loser. 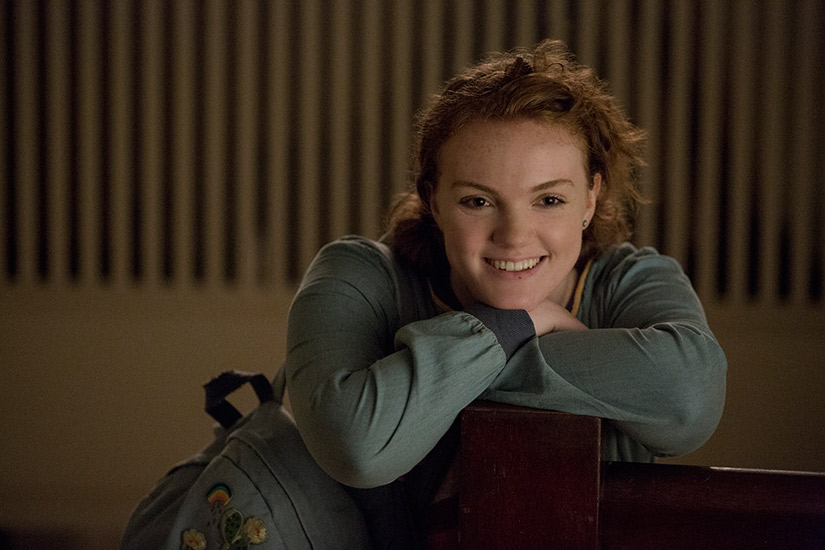 It was just a few short years ago that Netflix’s genre hit Stranger Things debuted and we all became totally fascinated with Eleven and co. With it came cries of #JusticeForBarb, the bespectacled, well-meaning friend of Nancy Wheeler (Natalia Dyer) portrayed by Shannon Purser who (spoiler alert!) is killed quickly and quietly in the Upside Down. Barb’s viral moment was somewhat unexpected considering she appears in just three episodes and it was the Atlanta-native’s very first professional acting credit.

While justice for Barb may never fully be achieved, it’s time for Purser to step into the spotlight. The 21-year-old—who also has a role on Riverdale—is taking on her first starring role in teen rom-com Sierra Burgess Is a Loser, out on Netflix today. The movie follows Sierra (Purser) as she teams up with the most popular girl at her high school to win over her crush after a case of mistaken identity. (Bonus: it co-stars the Internet’s current crush, Noah Centineo, a.k.a. To All the Boys I’ve Loved Before’s Peter Kavinsky.)

For the movie’s titular role, Purser plays a teen girl who’s confident in some parts of her life, but still struggles with insecurities—something the actress, who’s been open about her own struggles with body image and obsessive-compulsive disorder, was eager to tackle because of how relatable she found it. “I always try to put as much of myself as possible into every character I play. It can be difficult, because you have to relive these painful memories or emotions,” she told us. “But I think it’s worth it. It’s nice to be able to work through those feelings again as an older and hopefully more mature person.”

We hopped on the phone with Purser to chat about her new movie and being catfished.

Sierra is your first starring role. How does that feel?

It’s amazing. It’s the stuff I dreamed about doing as a kid, so I feel very lucky.

Why was acting something you dreamed about?

Since Stranger Things and Barb became so huge, has that added pressure on you to choose the right roles?

A little bit. I’ve always been pretty picky about the projects that I do and mindful of the things that I sign my name to. But I think it’s a good thing to be kind of choosy. There isn’t a limit to what kind of project I’d like to do. What really draws me into a story and into a character is something that is original and a character who’s complex.

Is that why you wanted to do play Sierra then?

Absolutely. I loved that she wasn’t a trope. She so easily could have been a stereotypical teenager who’s boy obsessed or somebody to make fun of. I found her to be really well-rounded and unique, and I just really related to her. I know what it’s like to grow up insecure about yourself and the way that you look, and feeling this pressure to conform. That’s a universal thing for so many young people, so it was important to bring to the screen. I just really hope this movie reminds people that the best relationships are the ones where you’re comfortable being yourself and that life gets so much easier when you can be honest with yourself and others, and accept yourself for who you are.

Sierra is kind of a catfish in the movie. Have you ever been catfished?

I’m sure I get messages on Twitter from people pretending to be someone else, but as far as I know…I don’t think so.

You’ll continue to appear as Ethel on Riverdale this season. Other than that, what’s next for you?

There’s nothing set in stone. It’s a little scary, but also exciting. I really hope people see Sierra and like it, and maybe it will open some new doors for me.