Have you watched...everything? You haven't. We picked the best under-the-radar shows and movies to binge-watch based on the streaming service you use. 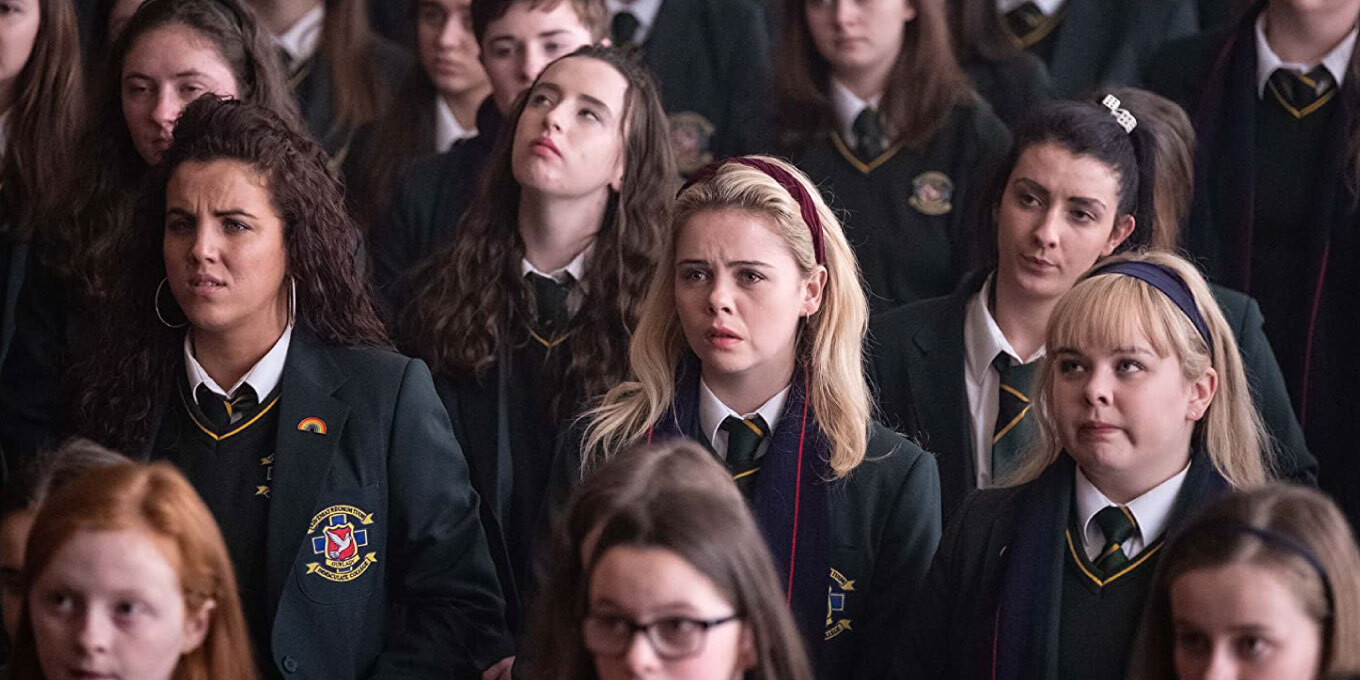 Chances are, after six weeks of practicing physical distancing, you’ve said something like, “There’s nothing left for me to watch on Netflix.” Well, that’s not true – and thank god, too. We’ve rounded up some of the best, under-the-radar shows and movies worth binge-watching now that we have the time. Even better? We’ve organized them by streaming service, so there’s sure to be something for everyone.

A word of advice before embarking on the delightful journey that is Derry Girls: turn on the subtitles while watching it. The sitcom – which is about a group of friends navigating their teen years while living in Derry, Northern Ireland during The Troubles in the ’90s – is in English, but the dialogue is so full of Irishisms that, at times, it does seem like it’s in a foreign language. It’s warm, sharp and will have you laughing out loud – possibly to an obnoxious extent.

If you, like me, count yourself among the people who saw Steven Soderbergh’s Ocean’s movies at a very formative age, destining you to love heist stories forever, allow me to introduce you to Imposters. The slick crime dramedy follows three very different strangers who, upon discovering they were all conned by the same woman, team up to get their money back. It’s clever, thrilling and, perhaps best of all, inexplicably features Uma Thurman as a deranged, dangerous fixer.

First, let’s get this out of the way: Lovesick is the British sitcom formerly known as Scrotal Recall. (Really.) But don’t let the OG name fool you. The tender-hearted series follows Dylan (Emma’s Johnny Flynn) as he attempts to contact his previous sexual partners after being diagnosed with chlamydia all while harbouring a secret crush on one of his best friends. It’s the perfect escape for these times and undoubtedly one of the best TV romcoms made in years.

Listen, The Good Fight is wild. But that’s what makes it one of the most interesting, underrated shows currently airing. On the surface, The Good Wife spinoff (though it can stand on its own) may appear to be your standard legal procedural, but that’s far from the case. In reality, it’s a zany drama and one of the only series tackling the Trump administration in a no-holds-barred fashion that is surprisingly cathartic.

Forget about finally watching that prestige anti-hero drama you missed the first time it aired – there’s a reason you never got around to it. Instead, check out the critically-loved yet little-seen Happy Endings. The ensemble comedy, which includes Canadian actress Elisha Cuthbert, follows a goofy group of friends in Chicago whose dynamic is disrupted when one of them leaves another at the altar. It’s basically Friends meets New Girl. Plus, there are only three seasons, so you’ll probably still have time to watch Mad Men anyway.

Charlize Theron and Seth Rogen made a romcom together – in which Rogen stars as a journalist who reunites with his childhood crush/former babysitter (Theron), who is now the U.S. Secretary of State – and yet, for some reason, almost no one saw it. And it’s good! Explain yourselves.

Blinded by the Light

To watch Blinded by the Light is to realize it’s made with so much affection and care that it physically hurts. Directed by Gurinder Chadha (the absolute legend behind Bend It Like Beckham), every shot and line of dialogue in the film seeps with love. The coming-of-age movie follows Javed, an aspiring writer who feels out of place at his new school as one of only two South Asian students, whose life is changed when he discovers the music of Bruce Springsteen. And while Springsteen may not be your guy, we all have that one artist who speaks to us on such a deep level that you’ll understand exactly where Javed is coming from.

Even before we lived in a world where it was easy to spend hours scrolling through TikTok without even noticing, The Other Two perfectly captured the zeitgeist. The satirical comedy is about two millennial siblings who struggle to understand their 13-year-old’s sudden fame after a video of him goes viral. It’s smart, surprisingly moving and, dare I say it, kind of brilliant.

If your preferred genre for escapism is science-fiction, Killjoys is the show for you. The action-packed Canadian series follows three bounty hunters – led by the inimitable Hannah John Kamen – whose pasts come back to haunt them. Plus, Kelly McCormack, one of our Canadian rising stars, joins the cast in season three. What more could you want?

I’ve already mentioned one of the best TV romantic comedies in years, but did you know that one of the best movie romcoms in recent memory is Canadian? Shot and set in Toronto, The F Word stars Daniel Radcliffe and Zoe Kazan as two best friends who start to develop feelings for each other.  Sweet and charming, it also stars Adam Driver giving a definitive performance. I am not joking.

Warning: Think twice about watching PEN15 if you suffer from second-hand embarrassment. Co-created by and starring Maya Erskine and Anna Konkle, the show is will make you full-body cringe. Described as “middle school as it really happens,” Erskine and Konkle play versions of their 13-year-old selves navigating their way through seventh grade – a.k.a. the time when just one tiny thing can turn your day into the worst or best one ever. The true stroke of genius? The actors who play their classmates are actual teens, making for an extremely awkward, yet well worth it watch.

I mean, this one is self-explanatory. The Great British Bake-Off (also available on CBC Gem, FYI) basically pioneered the 2010s version of comfort-food TV, and here we have its Canadian spinoff. Plus, maybe it’ll give you some inspo for the self-isolation baking that we’re all doing.

Heidi Klum and Tim Gunn Reunite on Making the Cut