Heidi Klum and Tim Gunn Reunite On Making the Cut

The new fashion reality series is looking for the next global brand. 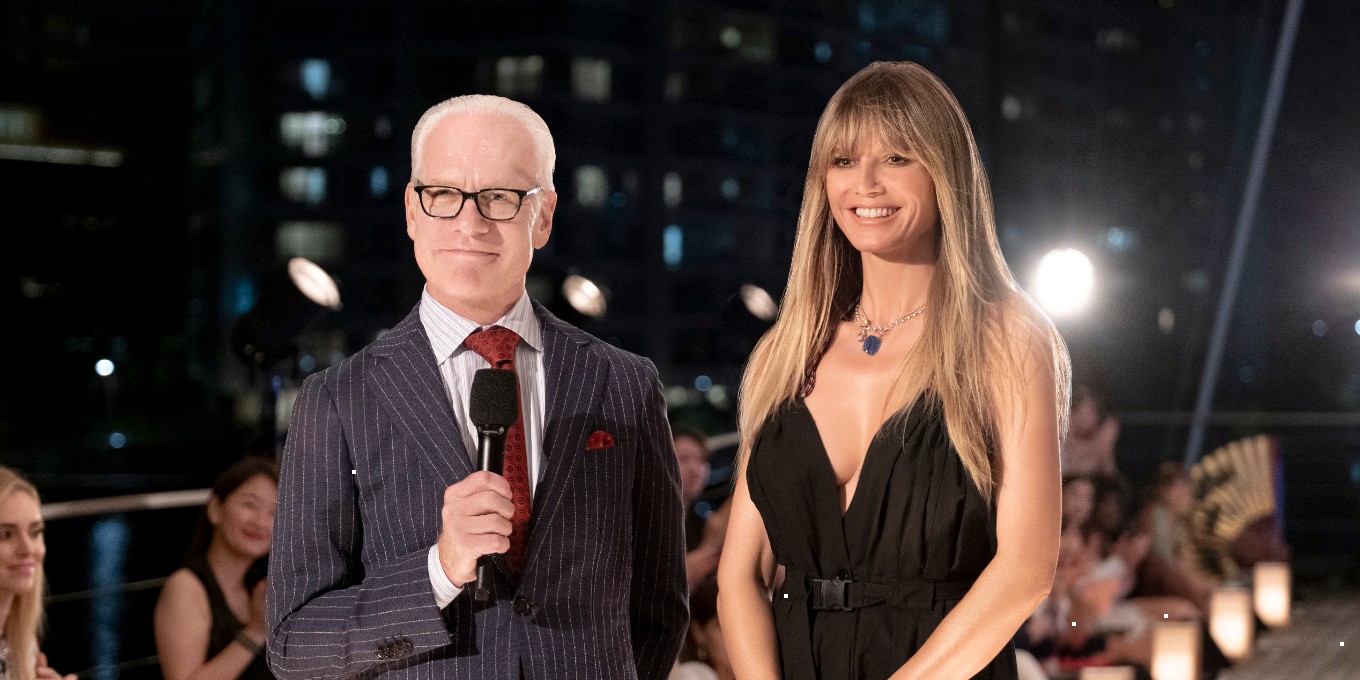 Fashion shows might be cancelled (for now), but we could all still use a bit of escapism. Thankfully, there’s another way to get into the spirit, right from your couch. Our favourite fashion reality show duo and Project Runway alums, Tim Gunn and Heidi Klum, are back with Making the Cut, a new show from Amazon Prime Video. In this series, 12 designers are taken on a trip around the world, from New York City to Paris to Tokyo, as they compete in various elimination challenges for a $1 million prize to start their business, in addition to mentorship and an exclusive line on Amazon. The winning look from each week are also sold on the Making the Cut store on Amazon, with profits going back to the designer and most of the limited edition pieces already sold out.

Even though he’s mentored upcoming designers on the screen for over a decade, Gunn is still surprised by the looks created on the show. “You don’t know until the designers are there, how they’re actually going to perform,” says Gunn. “It’s a bit like throwing dice but I was so awestruck by the quality of the work and the designs that were happening – it was, in a way, a huge relief.” To help with the decision-making, the judging panel include a number of the industry’s top players: Naomi Campbell, Nicole Richie, Chiara Ferragni, Carine Roitfeld and Joseph Altuzarra. We caught up with Gunn and Klum to chat about the three finalists and their advice for launching a brand now.

HOW DOES IT FEEL TO HAVE THE SHOW PREMIERE DURING THE PANDEMIC?

Tim Gunn: Initially, we were a little concerned about it. Is this what we should be doing at this time? But then Heidi and I were talking and we just said this is actually what the world needs. It needs feel-good television. It needs a distraction. It needs something that picks up your spirits.

Heidi Klum: Obviously, no one could foresee anything, but I’m happy that we can contribute to people being busy at home and taking their minds off of their everyday routine to dive into the fashion world that we love.

It’s time to find out who will make the cut ✂️ The epic season finale premieres this Friday on @amazonprimevideo with @amazonfashion!

WHAT WAS IT ABOUT THE THREE FINALISTS THAT INITIALLY ATTRACTED YOU?

Heidi Klum: Sander [Bos] is a very young designer and we just loved how differently he creates. We were immediately attracted to him as a person. You just see it when someone has something special. Most people don’t reinvent the wheel – he does. Jonny [Cota] already had quite a good business in Los Angeles so he has had experience on a bigger scale. We love Esther [Perbandt] because, I mean, you fall in love with these people. Their pieces really cut through the noise and stood out.

Tim Gunn: For all twelve [contestants] on the show, when we met with them in the audition process, there was an integrity that they exuded about who they are as a designer and a brand. That’s extremely compelling when you know that there’s that kind of passion.

WHAT WAS IT LIKE TO WATCH THE CONTESTANTS EVOLVE THROUGHOUT THE SEASON?

Heidi Klum: They were always true to who they are and it was beautiful to watch them struggle but also shine through each challenge that we gave them.

Tim Gunn: It was also gratifying to hear them express their growth unprovoked. They would just freely express it, that having had these particular assignments and the judges’ feedback, they’ve reached a level of work that they wouldn’t have reached otherwise.

WHY WAS THE EMPHASIS ON ENTREPRENEURSHIP SO IMPORTANT FOR YOU?

Heidi Klum: We wanted it to be more realistic and to find someone who understands all of these different hats that you have to have on. There are so many creative people, but if they don’t also have the business mind, they’re stuck. No one gets to see the amazing things that they’re making. We felt that pulse on all of those different categories that you have to know about when you want to be a real fashion brand.

Tim Gunn: The depth of the discussion between the judges and the designers was unlike anything I’ve experienced with Project Runway. I never once disagreed with any decisions made by the judges, whether it’s about who’s going home or who’s winning.

WHAT ADVICE WOULD YOU GIVE TO THE CONTESTANTS – OR ANYONE – FOR STARTING A FASHION BRAND NOW?

Tim Gunn: Be thoughtful and strategic in all of your decision making, make no assumptions.

Heidi Klum: Everyone has to figure out their next step, big, small or in between. We’re all sitting in the same boat.

EACH EPISODE ALSO INCLUDES MINI EPISODES STARRING THE TWO OF YOU. WHAT WAS IT LIKE TO FILM THOSE VIGNETTES TOGETHER?

Tim Gunn: We loved them. They were so much fun and we got to be ourselves. I mean, not that we aren’t always ourselves, anyway. But this is the first show that Heidi and I really get to interact a lot and we loved it. We enjoy each other’s company and we like to laugh.

Heidi Klum: There’s no commercial breaks – I guess we’re the commercial break [laughs]. You can’t just watch people sew the entire time. I feel like there needs to be a little interruption. You get to laugh with us and we get to be a little silly. We thought it would be fun for people to get to know us a little bit more and learn some things with us, whether it’s watching us fence or making sushi. There was no script. We just rolled and had fun with it.

IS THERE ANYTHING YOU WOULD DO DIFFERENTLY FOR A SECOND SEASON?

Heidi Klum: Everything will be different just because we’re living in a different world now. But our thinking caps are on and we will come up with something good again. We’re all creative people, and we have to keep readjusting and figuring out the next step.

Tim Gunn: The only thing that we can know for certain is that the world is permanently altered.

The final two episodes of Making the Cut will premiere on April 24 at 9 p.m. EST on Amazon Prime Video. Watch it here.