The newest adaptation of Jane Austen's classic novel is in theatres now. 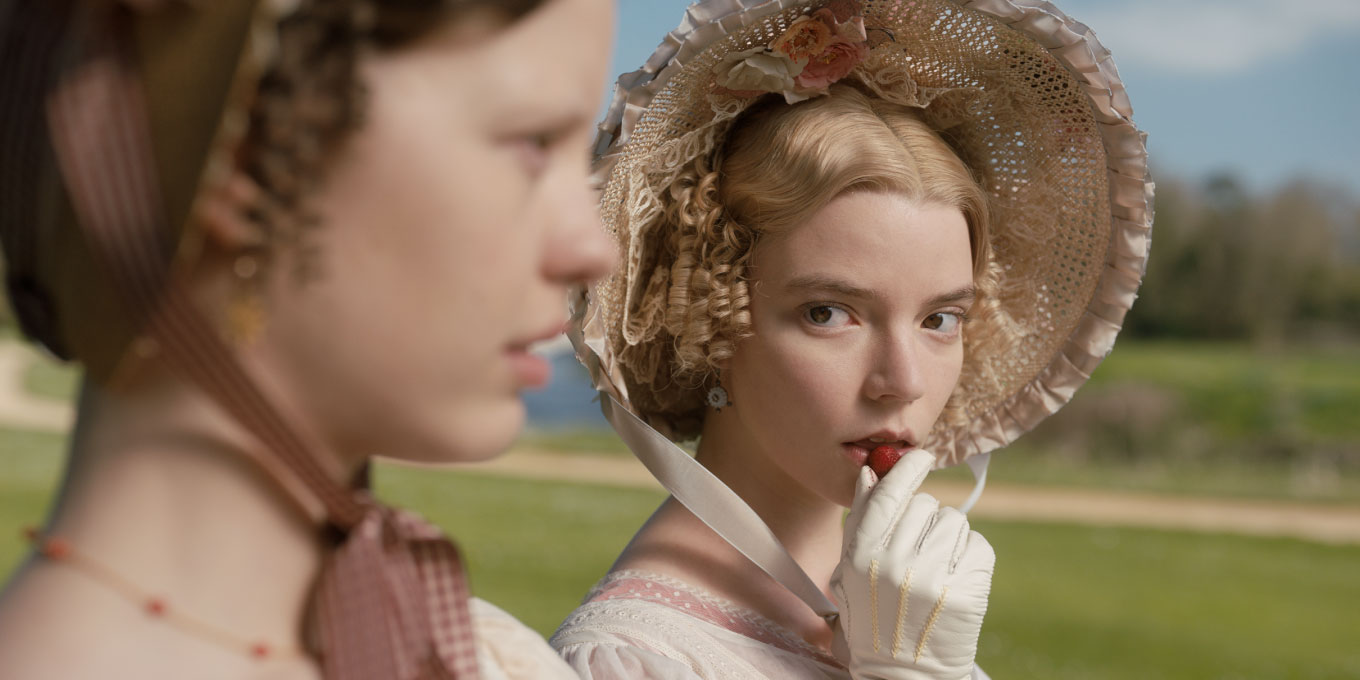 For Autumn de Wilde, Emma was a long time coming.

Best known for her photography (she’s shot the likes of Fiona Apple and done dreamy campaigns for Rodarte) and directing music videos (like Florence + the Machine’s “Big God”), the American artist has been trying for years to make a movie of her own. And now that her feature film directorial debut is finally here, her feelings are…complicated.

“It’s like my movie just broke up with me and is sleeping with other people,” de Wilde says laughing. “I’m still doing research on it because I’m a weirdo. But, you know, if you love something, you’ve got to let it go.”

In de Wilde’s screwball-comedy take on the Jane Austen classic, which is in theatres now, Anya Taylor-Joy stars as the titular Emma, a wealthy, vain woman who enjoys meddling in her friends’ relationships. We caught up with the director to chat about the delightful period film.

Why did Emma feel right for your directorial debut?

Well, I was asked to pitch on it, which kind of blew my mind. It’s exactly the kind of first movie I wanted to make. A Room With a View changed my life, so I have a soft spot for period films in general. And I have a great love for Jane Austen. So I prepared a pitch and won, which felt insane and glorious.

You’ve wanted to make a film for a while. How did you react when you got the opportunity to pitch, and then actually won it?

I already felt like it was mine, which doesn’t mean I felt confident I would get it. The weird thing is that I enjoyed the research and the pitch process so much. I wanted it so badly, but I also gained so much doing researching, preparing for the pitch and imagining the movie I wanted to make. It felt exactly right. Now, it’s exciting to see people having so much fun watching it. I don’t think it’s easy to make an escape movie, like a real romantic escape movie. I don’t take that lightly.

Have you always been a fan of romantic escape movies?

Yeah and I don’t think they’re often successful, but I’m in it to see how they try to get there. The thing about a romantic movie is that you know it’s all going to work out. Especially romcoms. That is the point. You have to really capture someone’s attention when they know that the ending is going to work out. There’s an insatiable desire for these movies – no one is ever going master love. Action movies are romcoms. It’s so obvious to me. And they’re often the most romantic, like Die Hard. Or The Fast and the Furious, which is about two men looking at each other with their eyes welling up because of the love in their friendship.

It’s not just a female desire. I know a lot of men who are [open] about their love of romcoms. I’m glad to have taken a stab at one.

How did you think about capturing the audience’s attention, since, as you said, they know a happy ending is coming and many viewers have probably read the book or seen a previous adaptation?

I’m obsessed with hooks, and I love having a few different audience members in my head. For Emma, there’s the loyal Jane Austen fan who really knows the books, so I’m going to weave some clues in that they’ll pick up on them. Emma is considered to be the first detective novel – it’s the first novel to employ the tactic of a mystery that is revealed at the end, but then if you read it a second time the clues are all there. Agatha Christie based her mystery writing on Emma. So I was having fun laying in clues for people.

There are a couple of iconic things in this book, like Mr. Knightly [played in the movie by Lovesick‘s Johnny Flynn] and Emma are in love the whole time, but they don’t realize it. That trope [has] been borrowed for so many shows and movies, and that is such a perceptive romantic fantasy. That keeps you going even if you’re pretty sure they’re going to end up together.

And Johnny Flynn really played the part of a panic attack lover so well. He was on the line of the dominant older brother type of personality, the boss friend and the thinly veiled fragile male underneath. It’s such a fun journey to watch Mr. Knightly go on. It’s a wonderful fantasy, realizing the person that is in love with you is broken by that love. [Laughs] That’s why it’s so great that he cries, and he’s fragile as ever when he realizes she loves him as well.

Very important moment captured of me pointing. Super helpful to have long fingers and a cane. I love directing and I love these crazy kids in @emmafilm Thank you Working Title for posting this❤️ #emmafilmbts #Repost @workingtitlefilms ・・・ EMMA: Behind The Scenes – Director's briefing 🎬⠀ #behindthescenes #filmmaking #autumndewilde

On the note of casting, why was Anya Taylor-Joy your perfect Emma?

Anya and Johnny were both part of my original concept for the casting. I knew their work and even looking at their faces you, could see a redefining of the cast I felt. Because of Anya’s roles in The Witch and Thoroughbreds, I really felt that she was a remarkably intelligent actor. It was important to me that Emma was unlikeable at times in the movie. You have to see yourself in her, where you feel like “I’ve done that,” or “That has been done to me.” You need to sympathize with Emma, but you also need to be so mad at her that you want to strangle her. I knew that Anya could really toe that line. It was necessary to present Emma the way I wanted her to be presented.

How did you two work together to form your vision for her character and the movie?

Oh, we had so much fun. When I had found out that I had won the film, I was flown that night to New York to go talk to her about playing Emma. We were supposed to have, like, an hour meeting and it ended up lasting, like, five hours. I think the restaurant is closed around us.

We were really working on the film from the beginning. It was immediately like an electric relationship. I wanted to go 100 percent into the etiquette rules of the early 19th century in England. It was really important for me to point my finger at that and to satirize the class system. In order to do that, it was important to follow the rules and Anya committed herself so completely to the role – the way it was appropriate to walk; the way you use your hands; the way it was inappropriate to touch anyone unless it was an intimate situation. By embracing that completely, we were able to map out the sensuality of the film and we were able to collaborate throughout.

What has been the most surprising thing about this entire experience for you?

The scene in which Emma gets a nosebleed, Anya got a real nosebleed. I get nosebleeds all the time, so I suggested it to [writer] Eleanor Catton and she really liked it. We found out that in old English folklore nosebleeds symbolize true love. We would like to say we put it in there because of our research, but actually we found that out later. And so Anya not only did Anya get a nosebleed during that scene, but she also got one that morning and sent me a video of it with the caption, “Emma has possessed my soul.” And then I watched the video and got a nosebleed. It was like a blood bath. [Laughs] The real blood looks good, but don’t try that at home, kids.