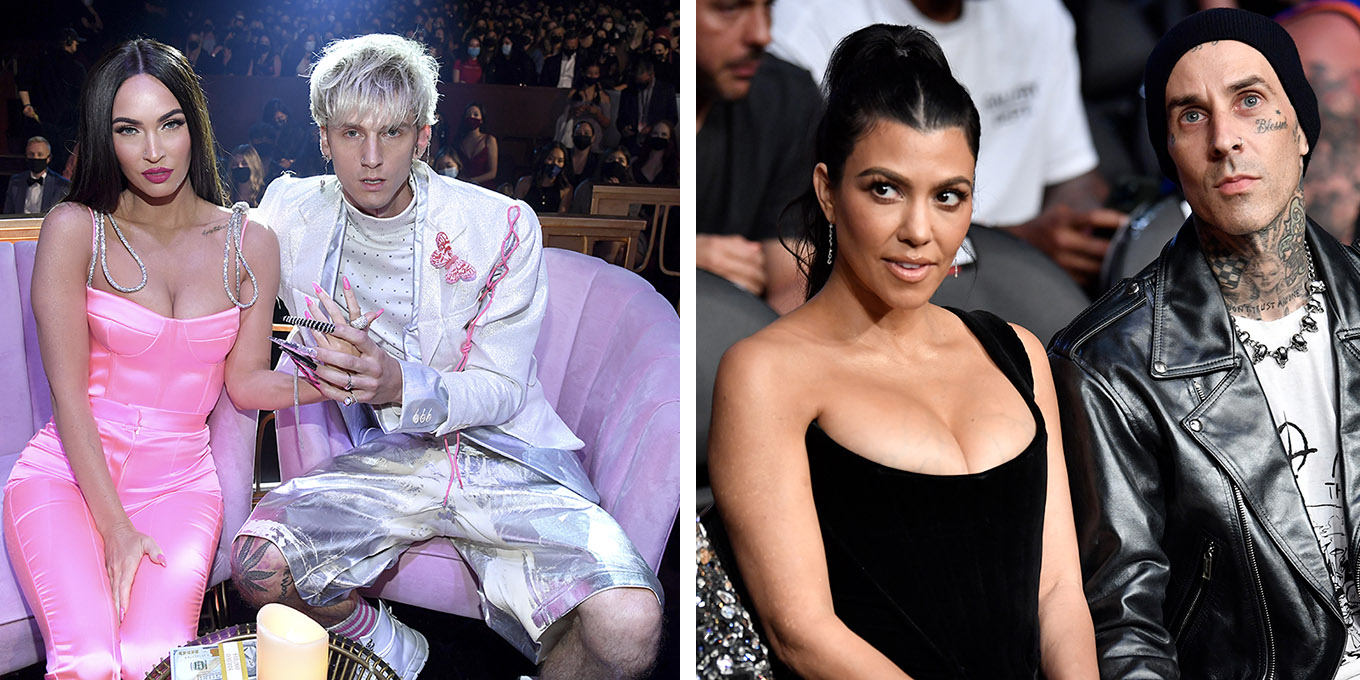 Listen, there’s no doubt that the past two years have been, well, interesting to say the least.

From global pandemics to worldwide pandemonium, expectations have gone out of the window and unlikely surprises—whether good or bad—were a plenty.

However, while opening one’s phone and discovering groundbreaking news hardly comes as a surprise any more, there’s one phenomenon that still has us perplexed.

Naturally, the best celebrity couples are the ones that appear seemingly out-of-the-blue. Whether it’s the romantic resurgence of Ben Affleck and Jennifer Lopez (AKA Bennifer), 17 years after they first broke up, or the random pairing (and engagement) of Shailene Woodley and an NFL star, there are plenty of present-day famous relationships that are not only warming our hearts, but also giving us whiplash.

Funnily enough, it seems to be that the most random the A-list pairings, the stronger the relationship. And quite frankly, we’re over the moon for each and everyone of them.

THE MOST SURPRISING CELEBRITY COUPLES

Below we’ve rounded up the most surprising, unexpected and out-of-the-blue celebrity couples who got together in the past year. 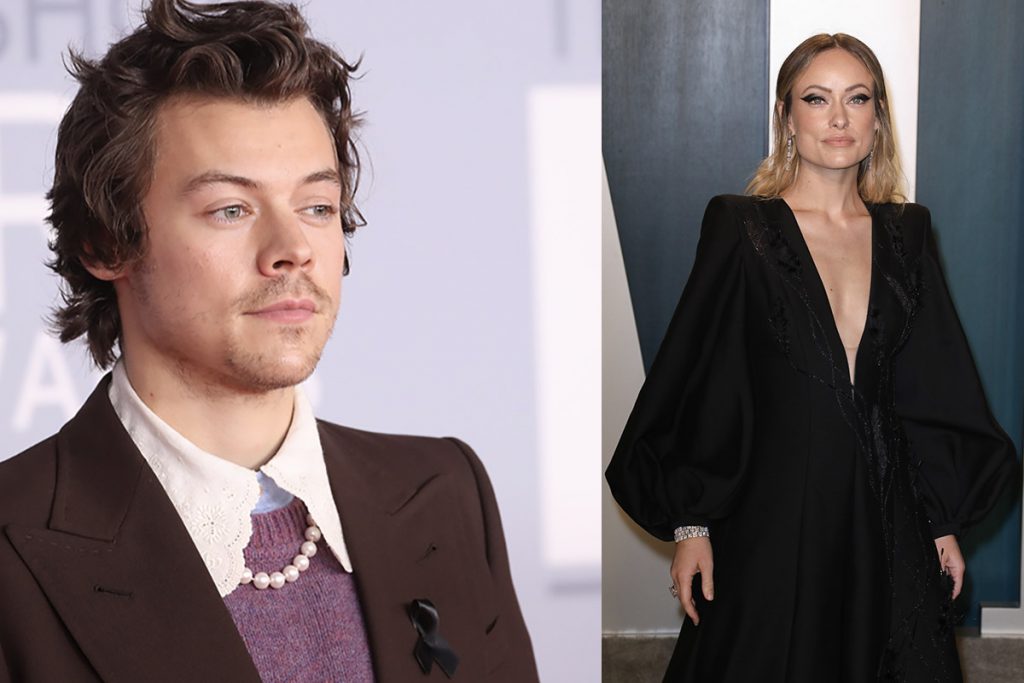 The new couple were first spotted holding hands at the wedding of Styles’ agent in January 2021, and a source later told People, that “they were affectionate around their friends, held hands, and looked very happy.” Since then, their relationship has remained relatively low-key in both Los Angeles and London. 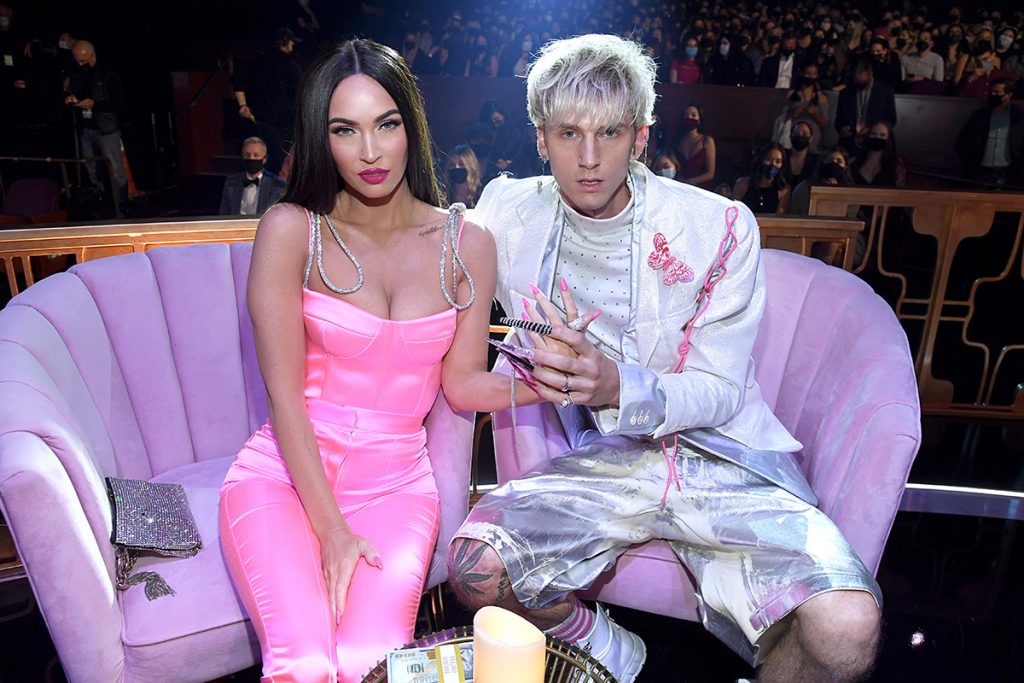 After filing from divorce from Brian Austin Green, Us Weekly reported that Megan Fox was officially dating Machine Gun Kelly.

In their first joint interview, Kelly and Fox spoke on the podcast, Give Them Lala … With Randall, where Fox recalled what she thought when discovering Kelly was cast alongside her in the film, Midnight in the Switchgrass.

“I was like, ‘Who is going to play this role?’ And he was like, ‘Oh, we just got Machine Gun Kelly,’ and immediately, I was like, ‘Uh oh,’” Fox said, via Entertainment Tonight. “Because I knew—I could feel that some wild shit was going to happen to me from that meeting, but I wasn’t yet sure what. I just felt it like, deep in my soul—that something was going to come from that,” she added.

Fox revealed that she felt an astrological connection between them. “I knew right away that he was what I call a twin flame,” she recalled. “Instead of a soul mate, a twin flame is actually where a soul has ascended into a high enough level that it can be split into two different bodies at the same time. So we’re actually two halves of the same soul, I think. And I said that to him almost immediately, because I felt it right away.” 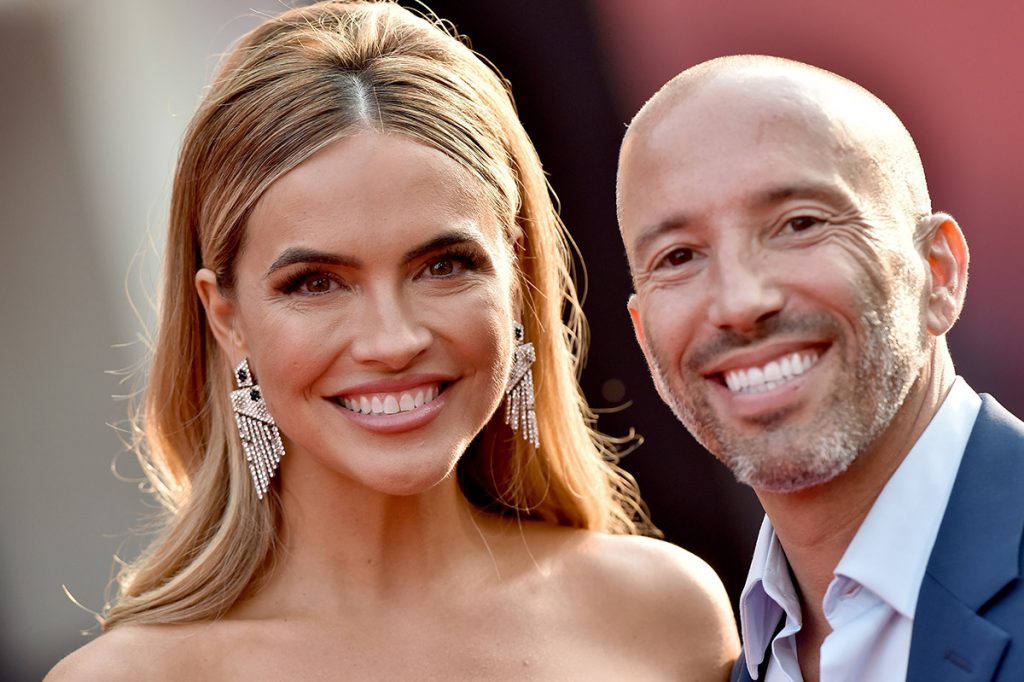 All Selling Sunset fans are sure to know of this new pairing. Co-stars, Chrishell Stause and her boss, Jason Oppenheim, revealed that they’re officially an item after Stause posted photos on Instagram of the two on vacation together.

“Chrishell and I became close friends and it has developed into an amazing relationship,” Oppenheim told Us Weekly. “I care about her deeply and we’re very happy together.” 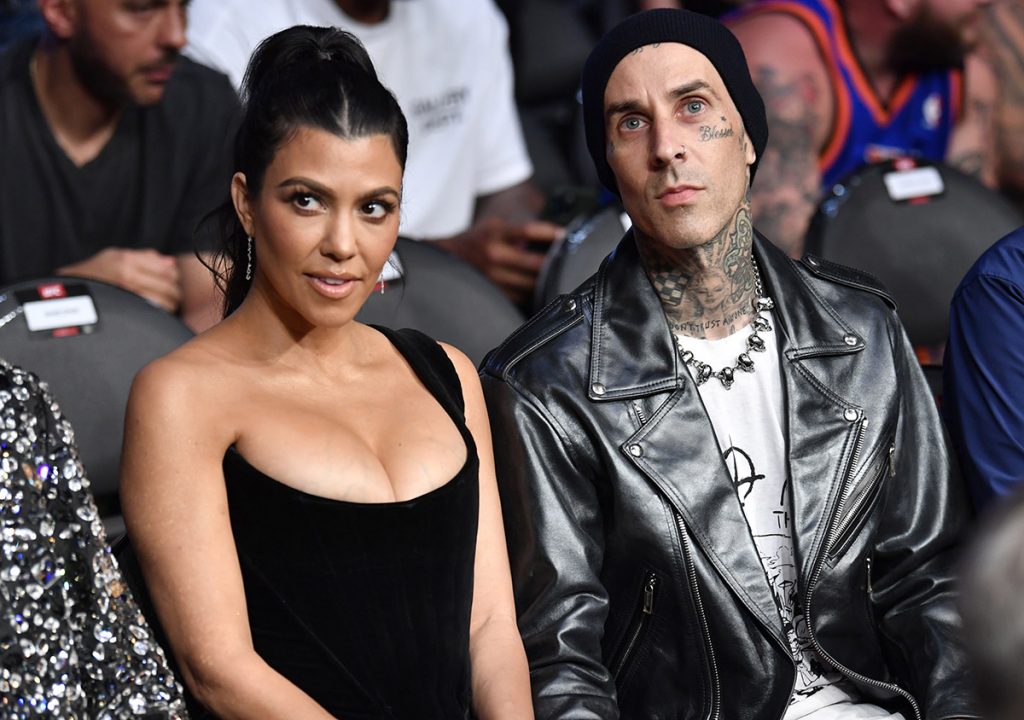 After reportedly having a platonic friendship for years, Kourtney Kardashian and Travis Barker went from friends to lovers, after a source claimed so to Us Weekly back in January. “They have been close friends for years and have been dating for a couple months. Travis is very smitten with Kourtney and has been for a while.”

Since the source’s claims, the pair went public with their relationship on Instagram and continue to post endless snaps in each other’s embrace, even publicly declaring their love for one another. 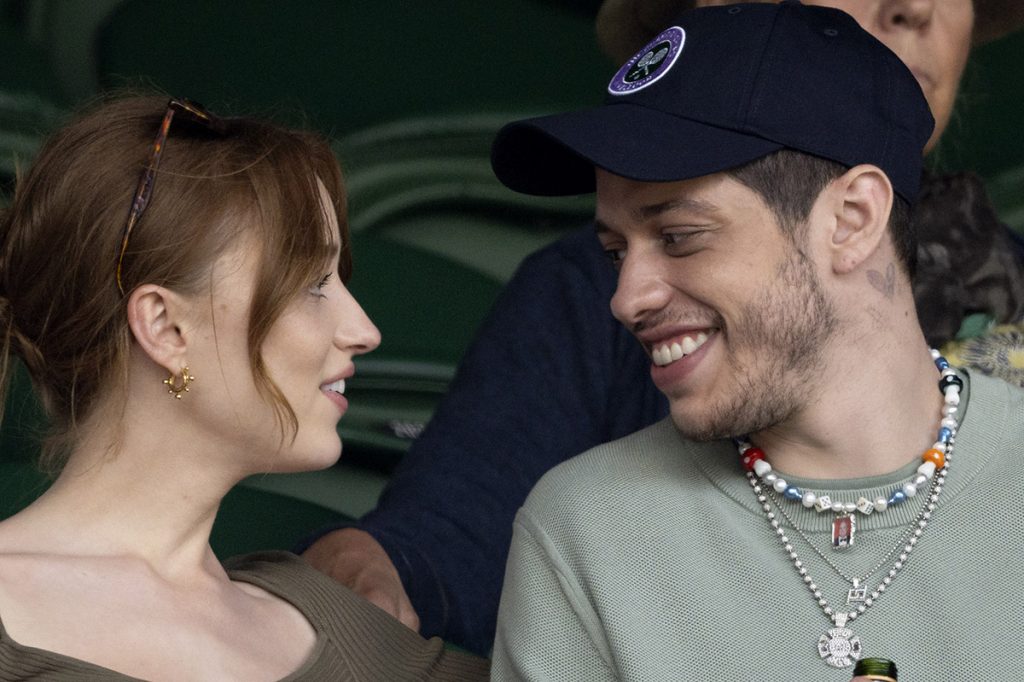 Pete Davidson and Phoebe Dynevor reportedly began dating after they met in New York City. While the pair were spotted holding hands in the United Kingdom back in March, it wasn’t until April that Us Weekly confirmed that the two were a couple.

Davidson also seemingly confirmed their relationship while in a Zoom Q&A with students at Marquette University on April 11, where he admitted that he was currently with his “celebrity crush.” Come July, the pair made their first official public appearance while attending Wimbledon. However, reports have surfaced that the pair have now split, but neither have confirmed the news yet. 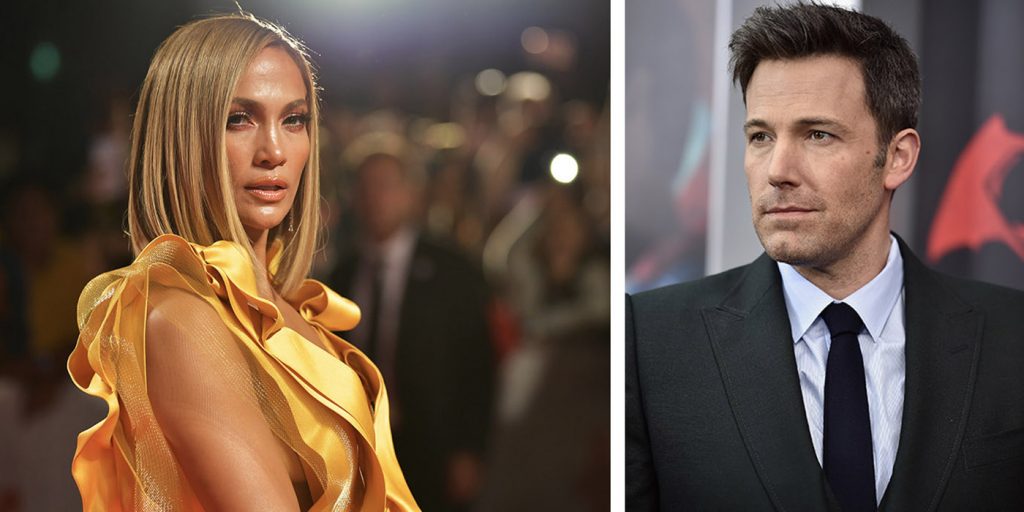 While, yes, Jennifer Lopez and Ben Affleck’s coupledom is certainly not entirely new, but the renewal of their relationship decades later was certainly a surprise. Back in January 2021, Affleck reportedly broke up with girlfriend Ana de Armas, while Lopez and fiancé Alex Rodriguez confirmed they had split two months later. Before long, Affleck and Lopez were spotted spending more and more time together.

Since their early reports, the couple were spotted on vacation in Montana and Miami together until Lopez confirmed their relationship via Instagram. Posting a carousel of images from her 52nd birthday, the last image saw the pair embracing, and the world went into a frenzy. 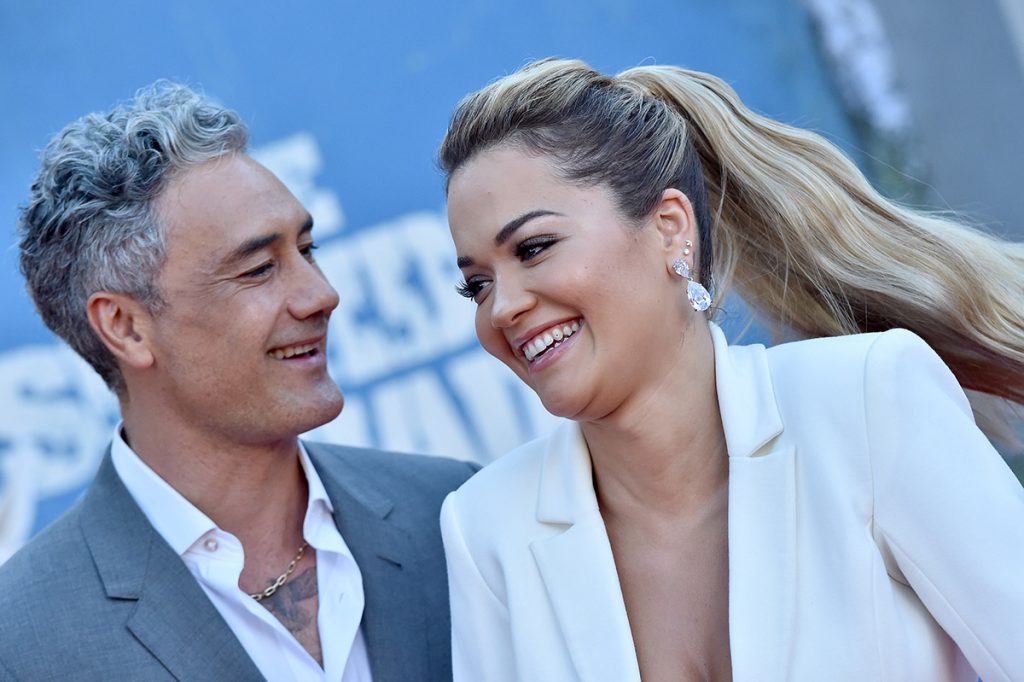 Rita Ora and Taika Waititi first stirred up speculation over their romance for months, however, the assumptions were confirmed when Ora posted a carousel to her Instagram back in April, showing her and Waititi snuggling.

Merely one week later, the pair attending the premiere of Drag Race Down Under together in Australia, where Waititi is working on the next Thor film. Most recently, they publicly confirmed their romance, after they walked hand-in-hand while attending The Suicide Squad premiere in Los Angeles on August 3. 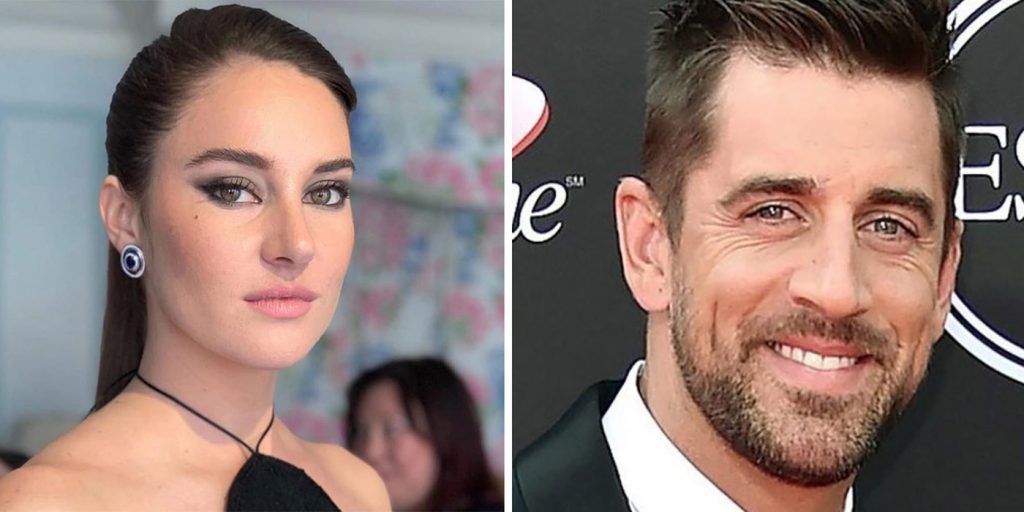 Out of nowhere, rumours began to swirl that Shailene Woodley and Aaron Rodgers were, in fact, a couple. According to People, the 37-year-old Green Bay Packers quarterback and the 29-year-old Big Little Lies are reportedly “very happy”.

Taking their new relationship a step further, Rodgers announced their engagement during the NFL Honours ceremony on February 6, and Woodley broke her silence on the relationship during an appearance on The Tonight Show, saying, “So, it’s kind of funny. Everybody right now is freaking out over it, and we’re like, ‘Yeah, we’ve been engaged for a while.’” 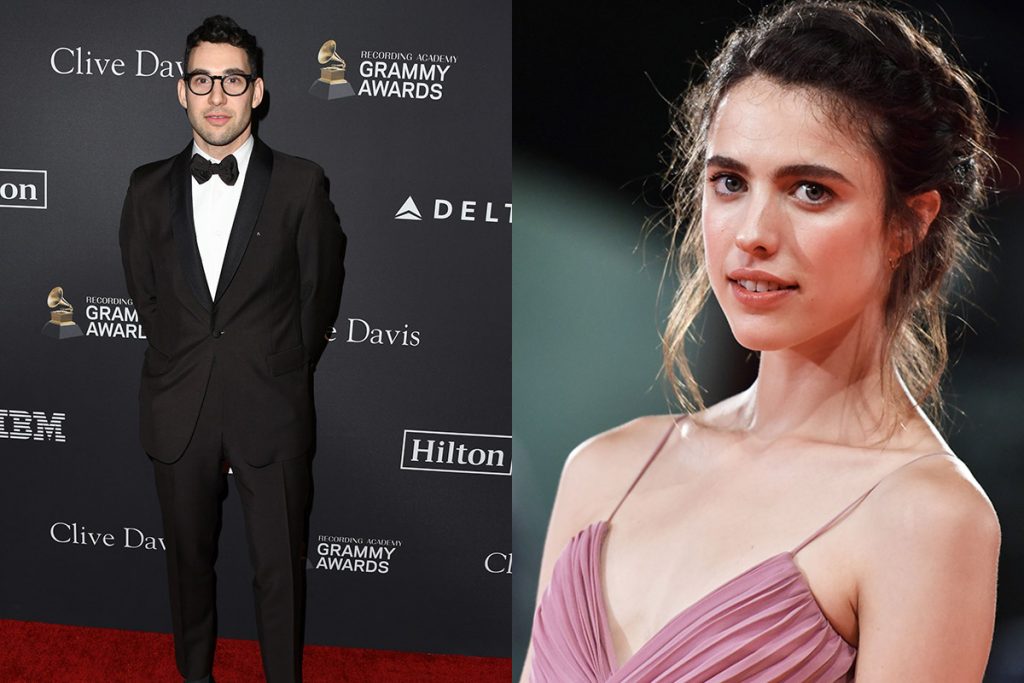 The 26-year-old actress and Antonoff—a famous music producer who’s worked with the likes of Taylor Swift and Lorde—were first spotted in New York City on a cute ice cream date in August 2021. In the pictures obtained by Page Six, the pair looked blissful and loved-up as they shared several kisses and embraces.

Qualley and Antonoff have not publicly confirmed the romance—nor have their reps—but the pictures certainly suggest they’re more than just really good buddies.