This was not coincidental. 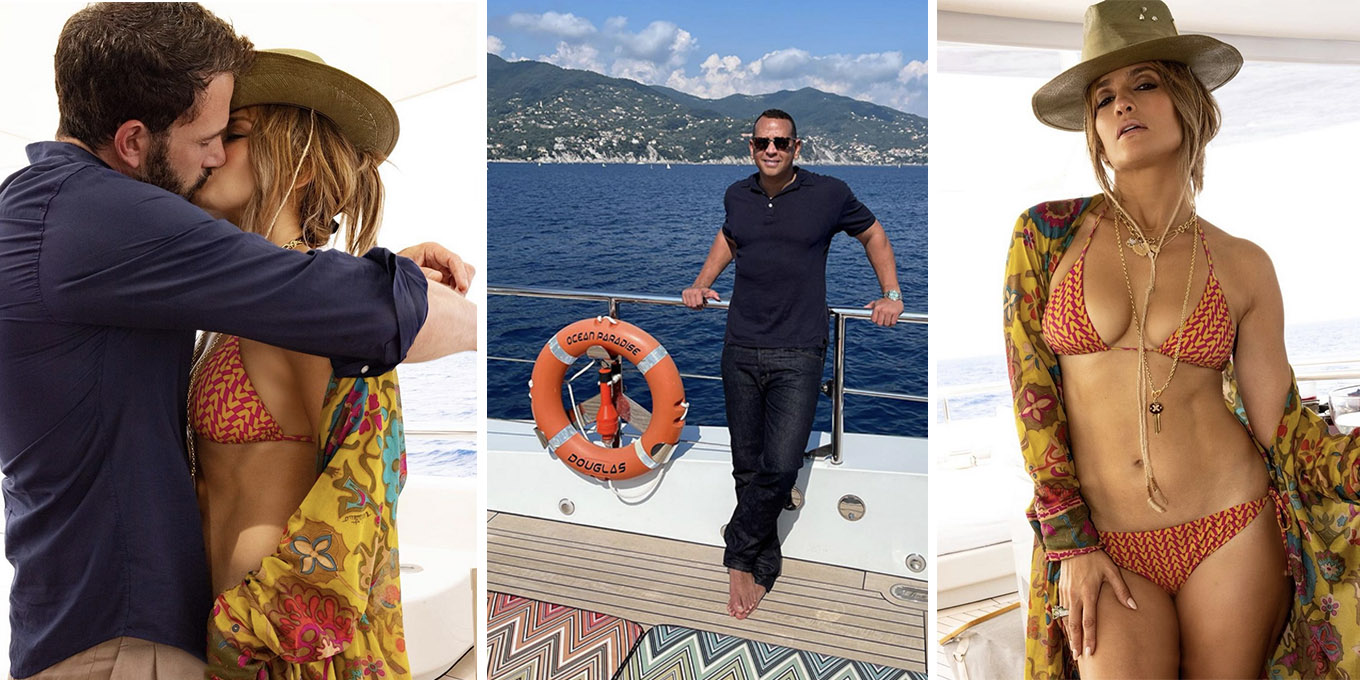 Jennifer Lopez spent her 52nd birthday on a yacht in France with her back-on boyfriend Ben Affleck, literally recreating scenes from their music video “Jenny from the Block” for paparazzi there, down to Affleck’s infamous J.Lo butt grab. In the same area was Lopez’s ex-fiancé Alex Rodriguez, with whom Lopez broke up in mid-April. This was not coincidental, E! reports.

A source explained to the outlet that “before they broke up, J.Lo and A-Rod had planned a trip together to the French Rivera for her birthday. Ultimately, he decided not to change his plans and still go—and she also decided to keep her trip but go with Ben, which is why they’re all there right now.”

It was likely a good thing Rodriguez wasn’t photographed anywhere near Bennifer though, as the two were all over each other, a second source said: “They held hands, they hugged each other close and they kissed [on their yacht]. They sailed around from Monaco and went to St. Tropez. Ben and J.Lo spent time laying out on the top deck and making out. They couldn’t get enough of each other. J.Lo was dancing and rubbing her hands all over Ben.”

Rodriguez and Lopez released a joint statement announcing their split on April 15: “We have realized we are better as friends and look forward to remaining so. We will continue to work together and support each other on our shared businesses and projects. We wish the best for each other and one another’s children. Out of respect for them, the only other comment we have to say is thank you to everyone who has sent kind words and support.”

Initially, Rodriguez had been hopeful he could win Lopez back, even when Lopez and Affleck first started seeing each other. But by mid-June, Rodriguez had accepted his time with J.Lo was done.

A source told Entertainment Tonight then, “When they first split, he [Rodriguez] wanted to work things out, and still held on to hope that he and J.Lo would get back together. He’s come to terms with the fact that it’s over now.” That source added that Rodriguez is “very aware of all of the attention” Bennifer’s romance has garnered, but he is “trying to focus on himself and what’s in store for his future.”

Jennifer Lopez and Ben Affleck: Bennifer 2.0 Has Risen
Florence Pugh Is Another Celebrity Normalizing Real Skin Texture Without Filters
18 Canadian Women You Need to Follow on Instagram During the Tokyo Olympics