Who will be wearing what? ELLE Canada weighs in on past red carpet celebrity style and what the leading ladies will choose for the upcoming 2012 Academy Awards. 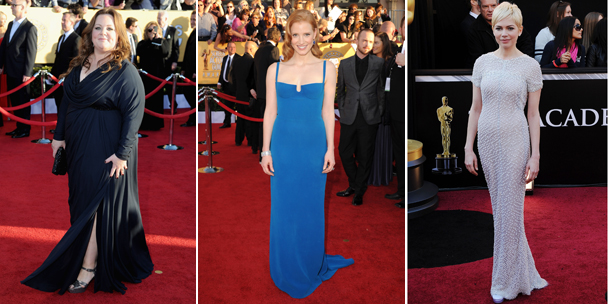 With the Academy Awards fast approaching, red carpet fashion will hit its peak. And since this year’s nominees stray from the typical fashion A-listers, we can expect a night of adventure and risk-taking – especially since the Golden Globes and SAG Awards showcased bold colours, sleek designs and in some cases, exhibitionism. Here’s what we think you should expect to see on Sunday, February 26th.

Red carpet fashion prediction: Michelle Williams
After working with British stylists throughout previous seasons, Michelle Williams returned to Elizabeth Stewart who dressed her for last year’s Academy Awards in Chanel. However, the My Week With Marilyn nominee has joined forces with stylist Kate Young, who has been vocal about dressing young actresses in adventurous, abstract pieces. Since Williams adheres to eye-popping tones, don’t be surprised to see her in a bold, bright gown by Rodarte, Proenza or Tom Ford – the F/W shows Young’s looking forward to most.

Red carpet fashion prediction: Melissa McCarthy
At the SAG Awards, Melissa McCarthy started moving in the right style direction, opting for softer hair and a deep-V Badgley Mischka dress that was more flattering to her silhouette compared to some of her previous red carpet fashion choices. Now working with stylist Simon Tuke, costume designer for Mike & Molly, expect the Bridesmaids nominee to appear once again in a dress by the designer – especially since her emerald Golden Globes gown was also a Badgley Mischka offering.

Best looks from the 2012 Golden Globes

What will Angelina, Rooney and Emma wear for the Academy Awards? Find out our predictions on the next page…

Cultivating a reputation for choosing bold, dark dresses, Rooney Mara will likely continue her homage to Lisbeth Sander. Currently working with stylist Ryan Hastings, the Oscar nominee won accolades at the Golden Globes for her black Nina Ricci gown. Having begun her gothic streak with a dark Givenchy dress at the London premiere of
The Girl With The Dragon Tattoo, her black Michael Kors gown in Berlin added delicacy through flutter sleeves. Considering she’s been vocal about wearing pieces that suit her personality, we can expect yet another sleek effort – perhaps again by Nina Ricci since both she and the designer reflect slick refined youthfulness.

Despite using her white Atelier Versace Golden Globes gown to break from black, Jolie returned to her colour staple at last week’s SAG Awards. Dressed by stylist Jennifer Rade, the actress donned a liquid black Jenny Packham gown that matched the elegance of the navy Romona Keveza dress she opted for at the premiere of In The Land of Blood And Honey. Considering Jolie’s emerald
Atelier Versace gown turned heads at last year’s Golden Globes, we can likely expect another red carpet colour pop – perhaps by Louis Vuitton since the actress fronted the fashion house’s “Core Values” campaign this summer.

Working with power stylist Petra Flannery, Emma Stone rarely makes a red carpet misstep, having worn black Alexander McQueen on the SAG red carpet, Lanvin at the Golden Globes and Jonathan Saunders at October’s Hollywood Film Awards. However, her colour choices remain unpredictable. While the Golden Globes saw burgundy Lanvin, the actress chose a bright green Jason Wu gown for the Critic’s Choice Awards in January. Regardless, expect an
ultra-feminine style that accentuates her waist, likely in a tone that contrasts her porcelain skin and fiery red hair.

Working with longtime stylist Elizabeth Stewart, Viola Davis earned accolades for her burgundy Pucci Golden Globes gown, and last weekend’s white and gold Marchesa dress. Choosing a red Ralph Lauren gown at the NBR Awards and pink metallic Ports dress at the New York Film Critics further attests to her
penchant for colour – particularly wine shades that work well with her skin tone. However, while her choice of designers seems to vary, gowns with a defined waist are her consistent go-to. Look for the same on the Oscar red carpet. 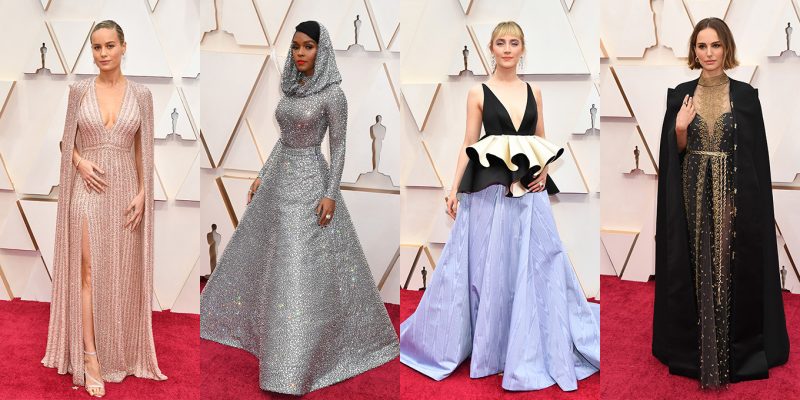 Saoirse Ronan, Brie Larson, Billie Eilish and Janelle Monae were among the best dressed celebrities at the 92nd Academy Awards. 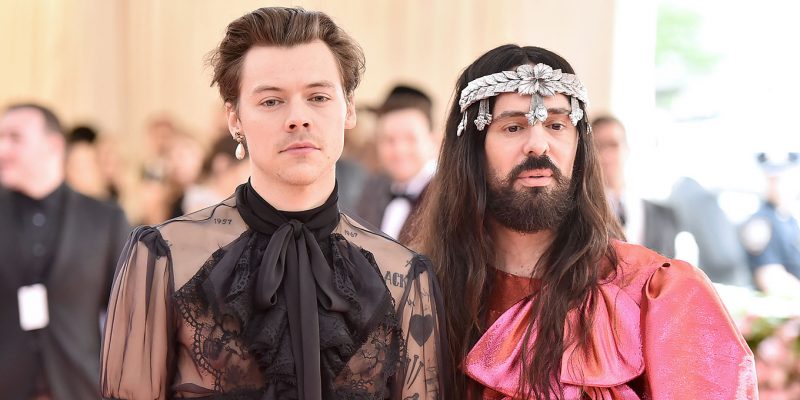 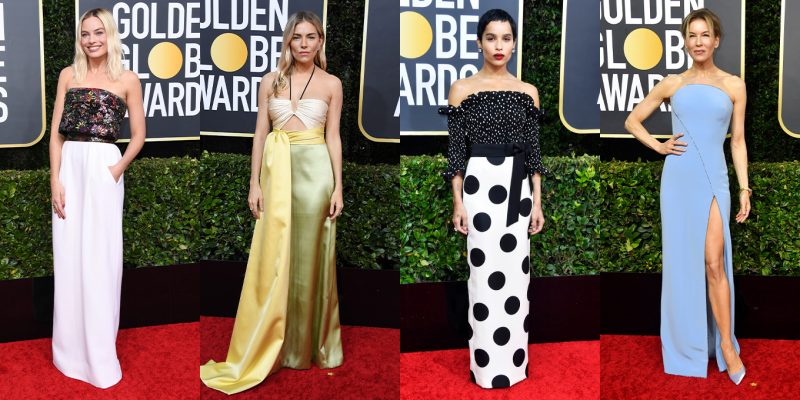 The Best Dressed Celebs at the 2020 Golden Globes 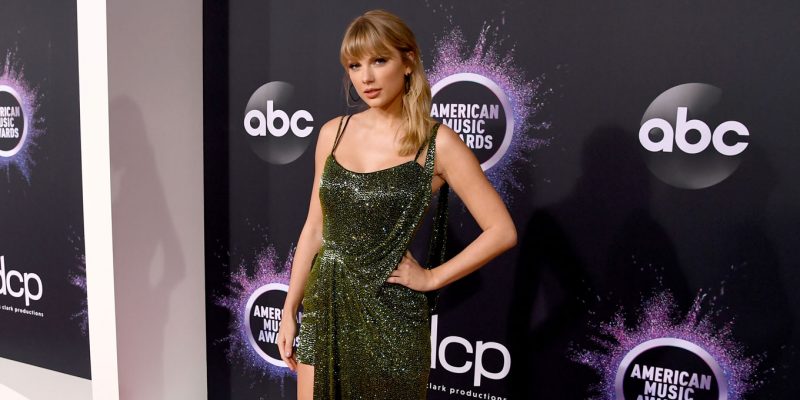