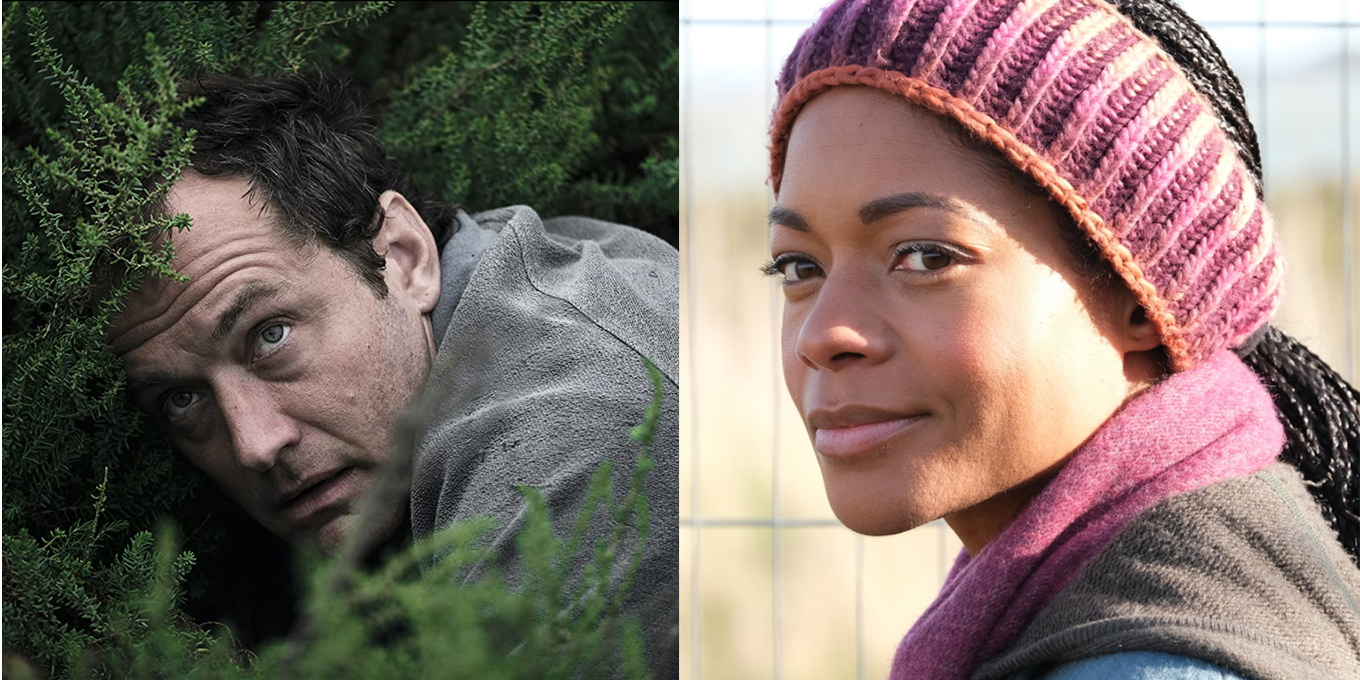 The Third Day, HBO’s experimental six-part miniseries, opens with a man named Sam (Jude Law) in visible distress. We find him surrounded by trees and rivers, hanging up on a tense phone call. He puts in his earphones and viewers are greeted by the sound of harps in “The Dog Days Are Over,” a Florence + The Machine classic, which instantly draws audiences – and Sam – back into the familiar.

During a virtual press conference, we ask Law if there is a song he listens to when he wants to be comforted, or taken back to a certain moment in time. “I use music a lot as an actor to create moods,” he says. “So to read in a script that this man uses a tune to take him back to a certain feeling and a certain time in his life hit very close to home for me.” While Law preferred not to share any songs that have personal meanings to him, his relationship to “The Dog Days Are Over,” is pretty much… over. “I can’t listen to that song anymore, because when I do it’s like a trigger and I get really really upset,” he confesses. “I’d never had that with anything, but I finished filming and went away on holiday with my wife and two of my kids and I thought I’d sort of purged myself of Sam. I cut my hair and swam in the sea… the song played somewhere and I burst into tears. It took me right back to that world and to Sam.”

Law’s answer is somewhat meta when it comes to how viewers may feel watching the show during a pandemic. A television series about getting stuck on isolated island (specifically Osea Island, which is an actual island in England) with no means of getting home other than a menacing causeway (upon which your exit must be timed perfectly to avoid high tides) might feel, well, triggering. But for those eager to lean into themes of isolation, you are in for a treat. The Dennis Kelly and Felix Barrett-created series is divided into two parts – “Summer” features Law, while the “Winter” portion stars Naomie Harris (Moonlight, Skyfall) as Helen – a strong-willed mother of two who is determined to have a family vacation on the island, no matter the cost. The “Autumn” portion is an immersive live theatre experience to be broadcast on October 3, taking viewers onto the island for a whopping 12 hours. The series has it all: cultish village practices, mystery, dramatic seasonal changes and, of course, the aforementioned Florence + the Machine soundtrack moment.

Below, Law and Harris discussed their experiences filming the show, how they prepared for their roles and what viewers can expect from the immersive theatre experience.

On both working and living on the island:

Law: There was something very nice, or rather unusual, about living where you were filming. Katherine [Waterston] had a cottage and I had a little cottage in a couple of the shops. If you went in the village, the camera department was in one cottage and the sound department was in the pub. We were really living on that island all night. You would get a bike to work or you walk to work. It was both immersive and slightly claustrophobic, but certainly unavoidable.

Harris: The island itself is incredibly bleak. There were a lot of us staying there. It was a great team and we really bonded. There was actually something really lovely about all being together on this island where nobody could get off and we were dictated by the tides coming in. A memorable moment for me was when I crashed the camera, which was mounted onto the side of the car into another car. It was our last day of shooting. At that point, I’d had these cameras mounted on the car the whole time and it had all been fine, but I just saved it up until the very last day to smash one of the cameras. We had a lot to get done that day, very little time, the light was fading… so it was a mortifying moment for me to remember that forever.

On getting into character:

Law: I’ve heard people choose animals [to get into character]. I think I’ve done that before, but I didn’t do it for this. Sam was precariously balanced on top of his idea that certain triggers could push him into a sort of whirlpool of emotion that would end up putting him in a place where he blacked out. I was trying to deconstruct that in order to understand that emotional fragility and that pit of grief… deconstructing his emotional life, from the point of losing his son to the moment you meet him, was really a roadmap I had to understand. Emotionally it wasn’t a very nice place to be, I’ll be honest, but I had a very fulfilling experience making this.

Harris: I have to work very hard to leave [emotions] at the door. That’s one of the things I’ve really struggled with in my career because I’m naturally an over thinker, so there’s a tendency for characters to stay with me and to be analyzing constantly. Like, what I’ve done, is it good enough? Did I go far enough? Is it right? All that stuff can make you crazy. You really have to make a clear distinction between when you’re at work and when you’re at home and trying to leave work at the door. The only tool that I found that works for me is meditation. I have to religiously do that twice a day in the morning and in the evening.

On playing a complicated parent:

Harris: I think Paula [Harris’ character in Moonlight] and Helen are like night and day. Paula is a very bad mother and is extremely aggressive with her son. Helen is the complete opposite. She is all about self-sacrifice – everything she does, every decision she makes is for her children. She has this incredibly fierce tigress love and it was such a privilege to have the opportunity to play that.

On the experimental theatre portion of the show:

Law: Felix [Barrett, co-creator and co-writer of The Third Day] came to me about six years ago with this idea, that what would it be like if we made something where we would then break the fourth wall and an audience would be able to get engaged and immerse themselves in that world. That’s obviously changed somewhat since the restrictions of COVID-19 have taken hold. It’s morphed into something even more exciting than the limit of being able to have a couple of thousand people on the island – instead, now it is live for everyone who is interested. I was always very excited to work with Felix. He’s one of those people who I felt I was in safe hands with and I was happy to just try stuff. I don’t know if anyone’s ever performed for 12 hours before… it’s not solely on me though, the drama will move and Sam will be obviously a part of it, as well as other members of the Osea Island community. I’m doing it. I’m not doing it to stand out or to pull off some stunt. I’m doing it because I think it could be something really extraordinary and I think it could be quite special for every one of us to perform. And hopefully audiences will watch it with generosity and curiosity.

The Cast of Netflix’s ‘Ratched’ Discuss Their Buzzy New Show

Understanding the Most Hated Woman on Reality TV