The director will debut the highly anticipated Inconvenient Indian doc and Trickster series at TIFF 2020. 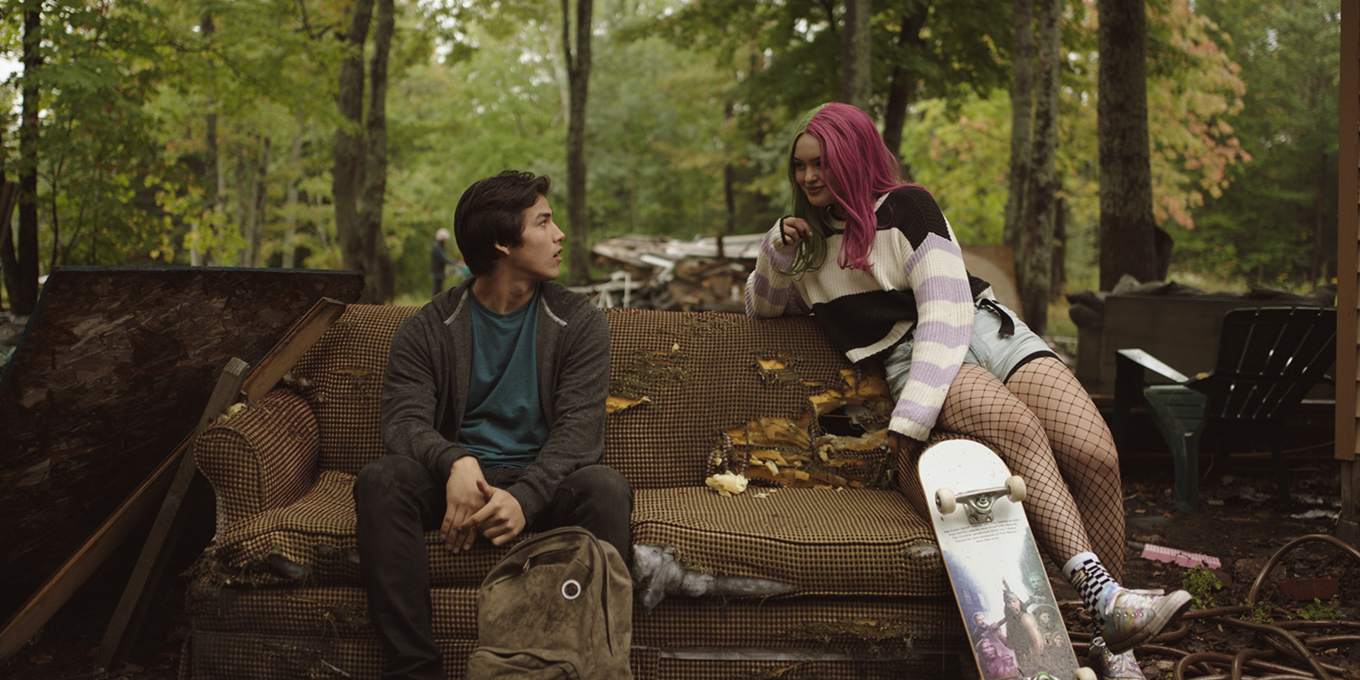 A still from 'Trickster.'

As I sit down to chat with Métis-Algonquin director Michelle Latimer via video, I quickly remind her that we’d actually met before: ten years ago, I was trying to connect with fellow Indigenous people living in my adopted city and so I asked the then-programmer for the annual imagineNATIVE film festival in Toronto for a coffee date. She happily agreed.

Today, again, without skipping a beat, she smiles expressively and asks how I’ve been. She is as generous with her time as she was in that coffee shop a decade ago, despite the fact that she’s about to enter what’s perhaps the most exciting month of her career. Latimer has two projects premiering at the 2020 Toronto International Film Festival: the documentary Inconvenient Indian and the television series Trickster, which will also be available on CBC and CBC Gem as of October 7 at 9 p.m.

While the series and film are each based on books – Trickster is a riff on the gripping Eden Robinson book Son of a Trickster and the doc is born from Thomas King’s The Inconvenient Indian – the two separate projects evolved into a kind of a call and a response of each other.

“The two projects influenced each other subconsciously; I don’t think I was aware of it when I was making them,” she says. “Inconvenient Indian questions ideas around representation and is a provocation of where we’re going in our society, particularly in media. And Trickster is an articulation the things that we could do to make [representation] better.”

In fact, Latimer takes the themes from King’s witty novel – the stereotypes and clichés of the Dead Indian, contemporary and yet invisible Live Indian, and the recognized by their federal governments Legal Indians – and visually articulates them in the documentary about colonial narratives of Indigenous people. She weaves narration overtop of images of King silently riding in a taxi, scenes from film and television; voices heard from Indigenous directors, artists and the author himself.

Then, in Trickster, Latimer reclaims the narrative as creator, co-writer and director of all six Trickster episodes by bringing talented Indigenous people into as many roles as possible both in front of and behind the camera: from the cast, which is led by newcomer Joel Oulette, Crystle Lightning, Kalani Queypo and Anna Lambe, to the soundtrack of A Tribe Called Red and Snotty Nose Rez Kids tracks. (The dark and funny series focuses on Jared, a high schooler living in Kitimat, B.C., who learns that much of his family history isn’t as it seems.) “It was ground-breaking,” says Latimer. “It wasn’t just about ‘guns for hire’… We have to have Indigenous people behind the camera; not only so our show can move forward as Indigenous-helmed, but so that we create capacity in this industry overall. When Trickster is done and gone, there will be all these amazing Indigenous crew members who can work on other shows and create their own.”

Crystle Lightning, who plays the captivating and complicated Maggie in Trickster, says she was amazed to work with a predominately Indigenous crew. “In every single department, there were at least two Indigenous people: makeup, grips, wardrobe and young hungry female directors shadowing Michelle-the-Powerhouse,” she says.

Indeed, for Trickster’s younger generation of actors, starring in the series is about much more than having a juicy role. Anna Lambe, 20, who plays the rebellious Sarah, understands the power of an Indigenous-led show on a major Canadian public broadcaster. “By having this platform, we get to host our own conversations, bring awareness to issues, and highlight the beauty and resistance in our communities,” she says. “We’re not historical; we’re not just past beings; we are present, and we are always working towards the future.”

In fact, in the documentary, it was important for Latimer to feature a scene set in a city movie theatre in which the audience is comprised of urban Indigenous faces, as a nod to the Live Indians in King’s book. “The Live Indian today doesn’t necessarily look like how you expect them to look. They don’t live necessarily where you expect them to live,” she says, explaining that,  shortly after moving to Toronto from Thunder Bay, she’d asked someone where all of the natives in the city hung out. That person directed her to the Bathurst and Queen intersection.

“I went earnestly thinking I was going to meet my community and connect: it was a homeless shelter. That was the only reference they had for Indigenous urban natives,” she says. “In Inconvenient Indian, I wanted to show and celebrate the community of urban natives that populate our cities, and that we’re not just relegated to reservations. We’ve been largely invisible in some ways.”

So she filled that scene with Live Indians – like herself, like me. Because as King writes in his book, “Live Indians are invisible, unruly, disappointing. And breathing.” Latimer won’t be disappointing anyone, and she certainly won’t be invisible much longer.

TIFF Has Its Highest-Ever Number of Women-Directed Films, But Is It Enough? And What’s Next?

What Auditioning for Outlander Taught Me About Indigenous Representation on TV