Understanding the Most Hated Woman on Reality TV

How Selling Sunset’s Davina Potratz became a stand-in for our lockdown rage. 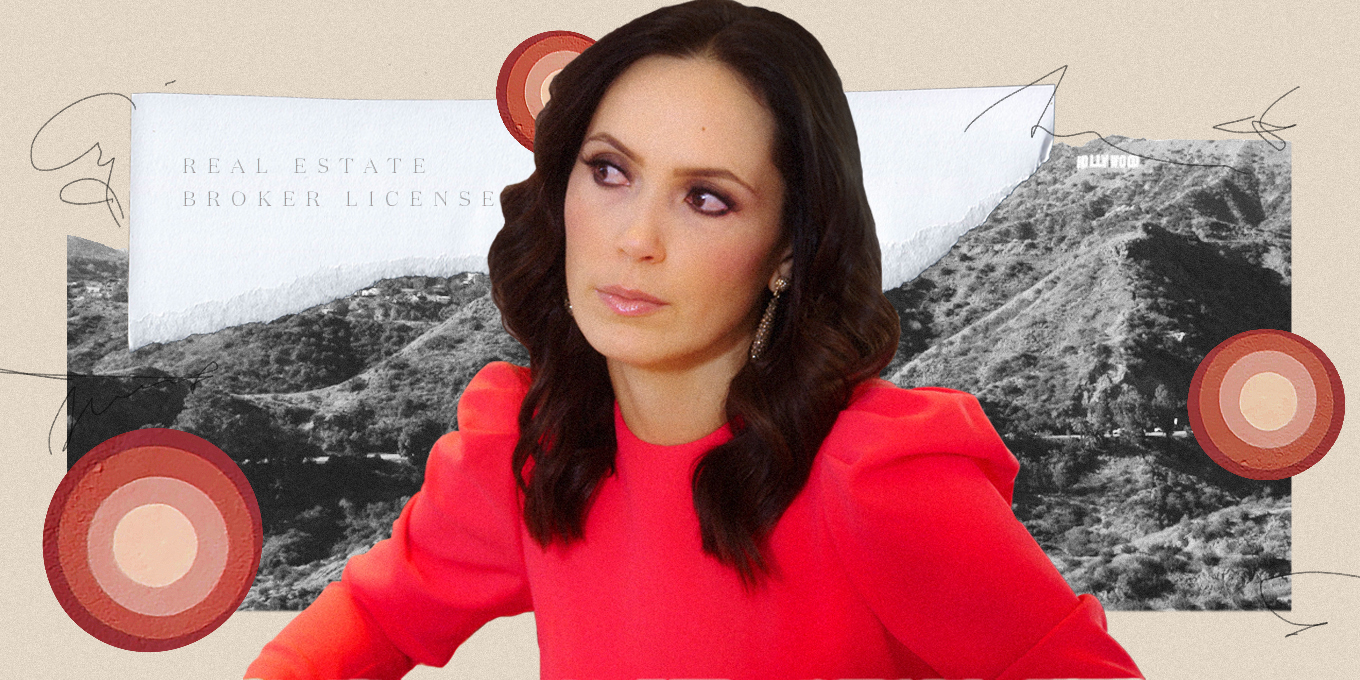 Since the start of the pandemic, our collective need to be physically together, to commune, to connect and to gossip has been replaced with virtual gatherings. And once we tired of the Zoom parties and the frequent FaceTimes, that communion started to take place on social media. But rather than gossip about the friends and foes we couldn’t see IRL, we turned our gaze to the characters on our screens. Despite the offerings of some prestige dramas like I May Destroy You or Normal People, we’ve tended to prefer real people to fictional ones. Bravo housewives and yachtie deckhands became the fodder for our digital water-cooler small talk. One show in particular enjoyed the benefit of our joy and ire, a previously banal entry into the reality kingdom that suddenly informed the Twitter zeitgeist, fuelling and firing up our cultural conversations.

Now in its third season, Netflix’s Selling Sunset is ostensibly about a group of realtors in Los Angeles hawking multimillion-dollar properties on the city’s west side. But unlike other real-estate-focused shows, like Million Dollar Listing, what makes it compelling is the extremely low-stakes drama surrounding the women of the Oppenheim Group. If Chrishell Stause is the show’s star, all chunky highlights and pageant smiles, Christine Quinn is her natural foil, a tall, dramatically dressed glamazon who loves to say things like “I tell it like it is.” And in contrast to both is the show’s plodding villain, Davina Potratz. 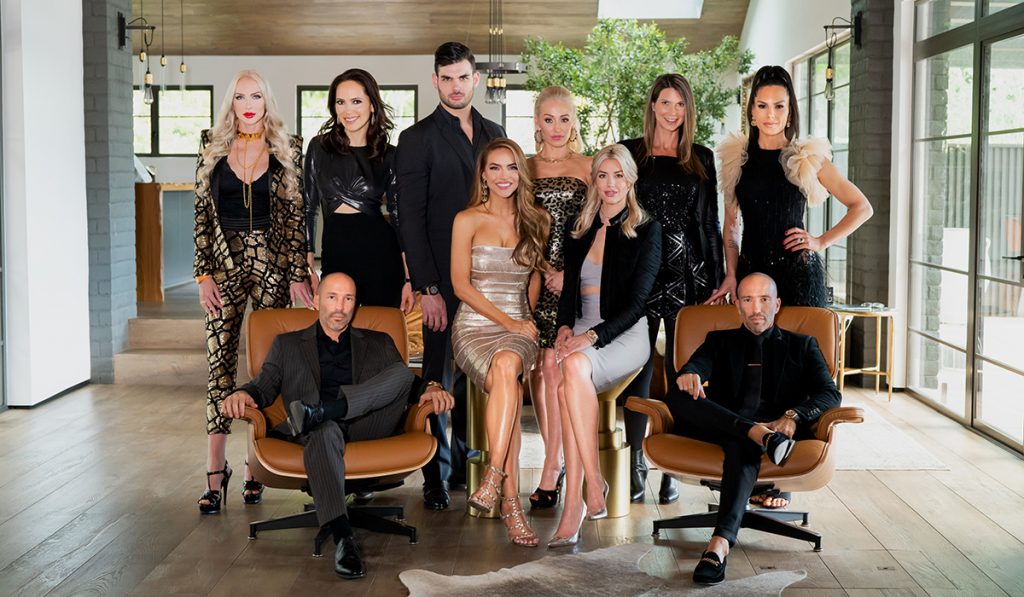 At the beginning of season one, Davina was a forgettable background character, someone who was most notable for dated business-casual outfits that felt out of place on a splashy show about hot, out-of-work actors posing as real estate agents. By the end of it, she managed to stand out for her catty comments about the authenticity of a colleague’s engagement ring. But in season three, she cemented her status as the one you hate to hate. When Chrishell is dumped via text message by her husband, This Is Us actor Justin Hartley, the fabricated tension on the show suddenly becomes painfully real. A surprise and sudden divorce is not the kind of storyline most people angle for, so watching Chrishell’s breakup play out made her instantly vulnerable and turned a previously milquetoast character into someone we passionately rooted for. So much so, in fact, that when Davina turned to Chrishell at the end of season three and implied there are two sides to every story, she instantly became the most hated woman on reality TV.

The memes and Twitter threads about her following the season finale are so full of vitriol and rage, it’s tempting to think she divorced Chrishell herself. How did this otherwise benignly loathsome person suddenly become an avatar for our collective disdain? What goes into making a reality villain?

I reached out to Potratz to find out how it feels to be the poster child for reality rage and why she said what she said.

I try not to have expectations about the people I interview, but, admittedly, I expected something really different from who Davina seems to be on the phone. Of course, the artifice of scripted reality is hard to shake, and some of her words still feel prepared and rehearsed. When I ask about her age, a topic of considerable debate, she tells me that she never lies about her age but also that she doesn’t want to reveal it. 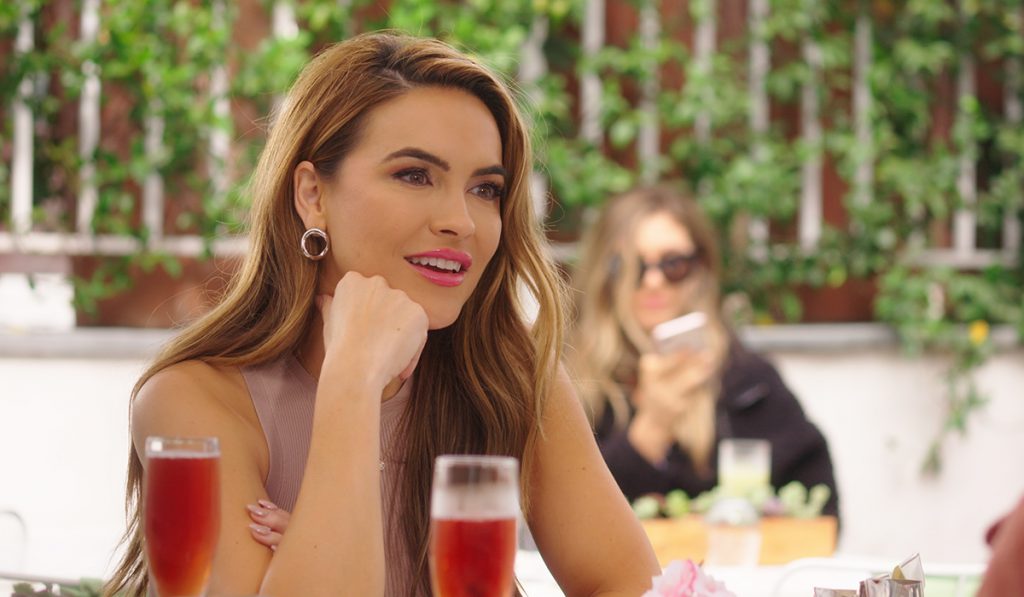 Yet I was ultimately charmed by her by the end of the call. In place of the stilted, almost comically villainous character from Selling Sunset, I find a warm, funny woman who’s still trying to come to terms with how the person and the persona can be conflated by the public.

One of the earliest curiosities about Davina were her clothes in season one. She says that while filming the first season, she went to set in her work clothes, imagining that Selling Sunset was a workplace show like some of the other real estate reality on the air. Watching the season back, she realized just how starkly out of place she looked among the rest of the bandage- and slip-dress-wearing cast. “I was kind of taken off guard because I didn’t really understand what I was getting into,” she says. “I was used to dressing very professionally, as a corporate professional…. So imagine not knowing the concept of the show, working 40 hours a week, full-time and and doing the show. Then imagine getting judged solely on that, you know, as if nothing else exists.”

But of course it wasn’t the dowdy clothing that produced countless Reddit threads with titles like “Davina the gaslighter” and “Does anyone else hate Davina?”

“Chrishell is an actress, and Christine has an acting background as well. So they were much more versed. This is reality, but it’s so helpful to be aware of expressions and big expressions, you know. And if you’re not used to that, then when you see yourself [onscreen], you’re like ‘Okay, the big expressions are much more noticeable and engaging for the audience,’” she says, ruminating on why she’s been perceived as the bad guy. 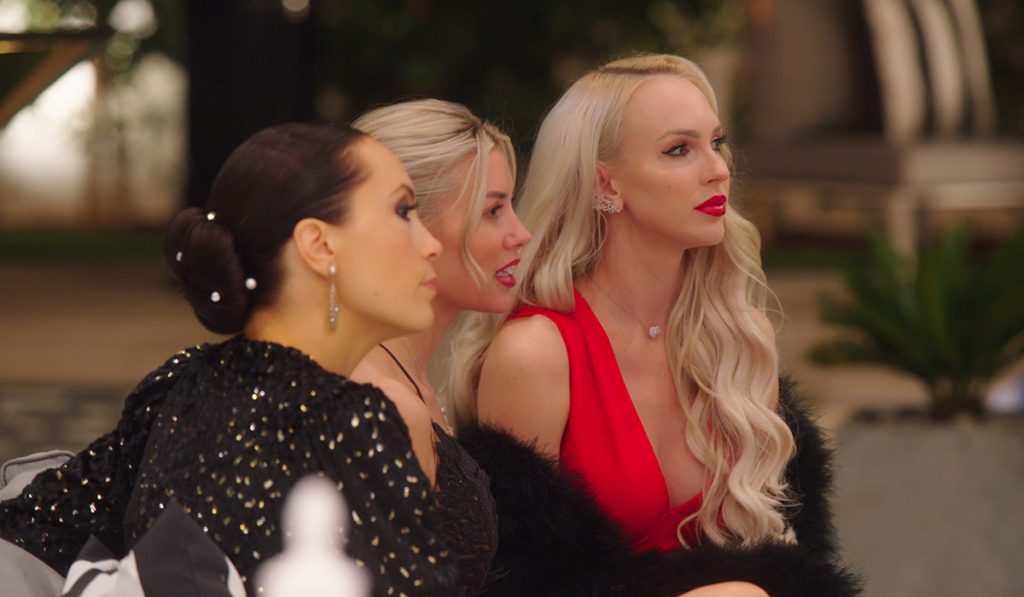 In Chrishell, with her marital undoing, we found a perfect heroine into whom to pour our love, grief and pent-up emotion. As we neared month four of the pandemic that had upended our lives, what better place to store our anxieties and anger than in a gossipy drama unfolding in the glossiest manors, with perfectly blue skies and an unruptured real estate market as the backdrop.

In the same way that it felt like we’d all been dumped by Justin Hartley, when Davina dared to posit that there are “two sides to every story,” it felt like she’d betrayed us all.

But is Davina – guilty of a catty 30-second sound bite clipped out of a long conversation with, at best, an acquaintance and, at most, a colleague – a bad person? Or just a bad fit for the black-and-white narratives we’ve come to expect from shows like Real Housewives and The Hills? Neither a perfect bombshell nor a bitch, she falls somewhere in between, perhaps ultimately a bit too real for the finely tuned constructs of reality TV.

“When my friends see articles calling me a horrible person, they honestly laugh,” she says finally with a sigh. “That’s just not how they know me at all.”