From the night's best speeches to the biggest winners. 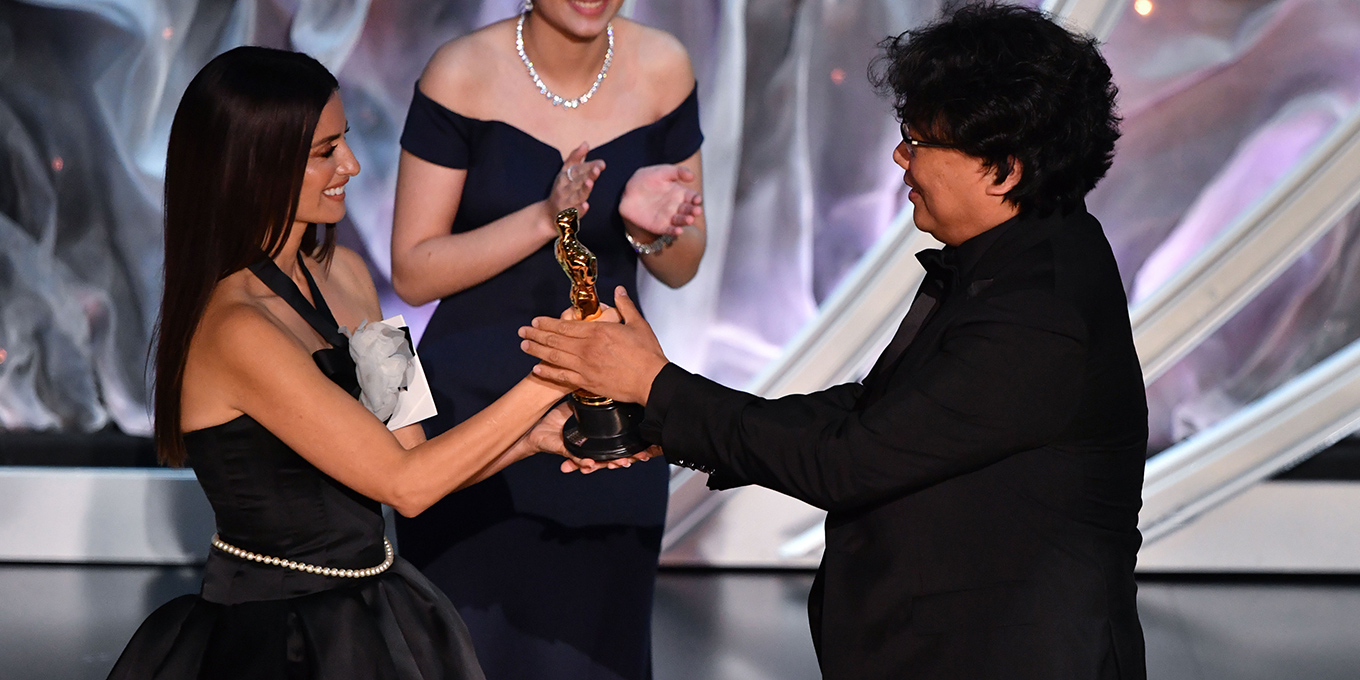 What do you do when your ceremony is without a host for the second year in a row? You ask Janelle Monáe to open the show with an elaborate musical number, obviously. The actor-singer came out with a delightful homage to Mr. Rogers before moving into a song honouring the night’s nominees alongside Billy Porter – even referencing films that weren’t nominated, like Midsommar and Dolemite Is My Name. “Tonight we celebrate all the amazing talent in this room,” she said. “We celebrate all the women who directed phenomenal films. And I’m so proud to stand here as a black queer artist telling stories. Happy Black History Month.”

#Oscars Moment: @JanelleMonae kicks off the #Oscars with an opening number that leaves everyone feeling alive! pic.twitter.com/J76UFuqxby

Brad Pitt has won basically every award he was nominated for this awards season for his role in Once Upon a Time…in Hollywood, giving a string of memorable speeches along the way. Tonight was no different, with Pitt winning his first-ever Oscar for acting. What was different? A visibly moved Pitt took on a more serious tone for his acceptance speech tonight. “They told me I only have 45 seconds up here…which is 45 seconds more than the senate gave John Bolton this week,” he began, citing testimony that was blocked during the impeachment trial of Donald Trump. He then gave shoutouts to director Quentin Tarantino, his co-star Leonardo Dicaprio and stunt actors before ending with a heartfelt thank you to his children.

Parasite mastermind Bong Joon-ho won his first Oscar of the night for Best Original Screenplay and looked extremely (and deservedly) happy while on stage accepting the award with his co-writer. The Oscars last only one night, but this GIF of Director Bong holding his new statuette is forever.

please enjoy this gif of bong joon ho giggling at his oscar pic.twitter.com/6ErVC8NEef

Later on in the ceremony, Bong won Best Director and delivered what may have been the speech of the night, honouring all of his fellow nominees and even throwing in a possible Mean Girls reference. “Thank you,” he concluded. “I will drink until tomorrow.”

#Oscars Moment: @MayaRudolph and Kristen Wiig can do it all. pic.twitter.com/44yWPGJYNv

Much like Brad Pitt, Laura Dern has been sweeping this awards season with numerous wins for her supporting role in Marriage Story. She also won her first acting Oscar tonight, and in an emotional speech, thanked her actor parents, Diane Ladd and Bruce Dern. “You know, some say, ‘Never meet your heroes,” she said from the stage. “If you’re really blessed, you get them as your parents.” Her mom was in the audience watching tearfully, and we’ll own up to it: the obvious pride in Ladd’s eyes choked us up a bit.

If we’re being honest, there were entirely too many musical numbers during a ceremony dedicated to movies (including an impressive but very random Eminem appearance). Cynthia Erivo’s performance of Harriet ballad “Stand Up,” (for which she was nominated) was a clear standout, earning the multi-talented Brit an enthusiastic standing ovation.

Check out some of the ceremony’s most notable winners below, and click here for a full list of the 2020 Oscar winners.

Supporting Actor: Brad Pitt, Once Upon a Time…in Hollywood