We caught up with three Canadian models on the rise in the Toronto fashion scene—and soon, the rest of the international fashion world, if they have anything to say about it. 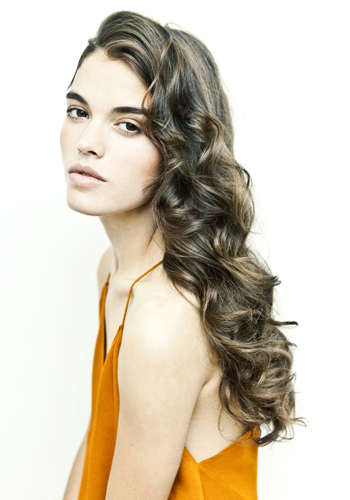 Toronto modelling agent Elmer Olsen knows it takes a fierce climb (and strut) to make it to the international catwalks. So, in 2007 he hatched Bootcamp 2 Bigtime as a two-day crash course in the
modelling industry for aspiring top model talent with his eponymous agency.

This year, we sat down with three fresh faces of this year’s crop—in between practicing their runway saunter—to find out more about these Toronto-based Canadian models we’ll be seeing more of in the months to come.

On a cross-cultural youth: “Japan has definitely been a big part of my life. It’s so different from Toronto but it was a really great experience. I love travelling and it gave me the opportunity to travel to different countries. So I think that’s definitely helpful for me having had that experience.”

Top model pedigree: “My mother modelled in Paris and she knew Elmer was the best in Toronto. I modelled in Japan—just a few test shoots to see what it was like—but I wasn’t as ready then. I came to Toronto every summer to visit family while I was living there and I went to Elmer each time, and they said to wait until I moved back. And I was so impatient! I was like, ‘I just want to start now!’ but finally last summer, I came back and they were like, ‘Let’s take some digital shots,’ and usually they never say that! I think it was good waiting though—I moved back from Japan, I was home and did first-year university to see what it was like, but now I’m into modelling more so we’ll see how it goes.”

Mom knows best: “Advice she’s given me? Personality. There’s so many beautiful women in the world, so much competition, but if you have the personality to stand out and keep people interested and engaged, that will hopefully differentiate you from other people. Also to be myself and be confident – sometimes I get really nervous.”

Life balance: “I went to the University of Toronto and did my first year there and a bit of modelling, just to see how much work it was, and it was kind of hard doing both; I wasn’t doing modelling full time and I’m not really sure what I want to major in, so I thought I could just do general arts and see how it goes. And if modelling goes well, I can maybe take next year off or the year after that, just to see how it all works out. I always plan to go back to school, because that’s really important.”


Fashion week success story: “I did the Joeffer Caoc show last season and that was nerve-wracking because that was in the fashion tents, but it went well. I didn’t fall and it was a good experience.”


Fave Canadian models: “I love Daria [Werbowy], she was with Elmer. My favourite ones are the Victoria’s Secret models; they’re the ones I look up to. But Daria’s definitely a big one who’s influenced me. For Canadian spirit, Coco Rocha’s amazing; her poses are what I study to see how she can make all these different angles work. You can just stand there with clothes and they can look pretty but if you pose and make them work differently, it really helps you stand out.”

Since we last spoke: “It’s been basically getting ready for bootcamp, doing test shoots and jobs and it’s been really exciting.”

Model life: “At first it was a bit crazy—I just jumped right into the first fashion week and I brought paper for comp cards but since then it hasn’t changed too. The jobs are different, you’re getting bigger jobs—I just did the Mendocino Fall/Winter 2012-13 campaign and that was really fun. And just working with more
photographers and getting more feedback; it’s still a big learning process but it’s been really amazing."

Work and wanderlust: “I’ve always wanted to travel, that’s been a huge dream of mine, so to be able to travel with this and work and just to experience things like. And if this goes somewhere big that would just be insane. I’m just happy to be a part of it.”

Canuck inspiration: “I’ve met Amanda Laine and Tara Gill—so that was really fun just to get feedback from
people who have been doing it for a while. I’ve worked with a bunch of these girls too and it’s good to get to know them, to know their experiences and stuff like that.”

Words to remember: “I was talking to Amanda Laine and she said that the biggest piece of advice I can give you is to
always be personable, always be the fun person who smiles on set. It’s so much about personality and just never letting anyone change that; so that was something that I thought was a big thing.”


Catwalk call: “Hopefully I’m travelling in September and going to the
fashion weeks—that would be really nice too.”

Bio: “I’m 20, and have been in university for two years. I’m going into my third this September at York University studying environmental studies. I joined Elmer in June. It’s an adventure.”

Role call: “When I was younger I would always get scouted but I was a really big tomboy and I played basketball so I didn’t really think it would be something I would be into—and also especially because I was so young, and my mom wanted me to stick with my studies. And now that I’m older and was approached again, I gave it a second thought —I’m grown now, I like to
dress like a girl.”


Model behaviour: “I would love to carve out a modelling career and be an inspiration for younger girls because I know a lot of girls start out really young and they don’t really know themselves—I can imagine starting at 16 and I wouldn’t know what to do, especially with different influences of right and wrong—so I’m just hoping to be a model but a model for other girls to be themselves and to love themselves. So that’s number one; and just to
establish a really long career and wherever it may take me to just stick with it and be myself.”


Hometown fave: “My background is Somali and so I would say Yasmin Warsame –she’s one of the big Somali models and she’s from Toronto!”

Make the Most of Your Summer With These Style Essentials