A look at the top 6 British models of the catwalk—and how we got to know and love their famous faces. 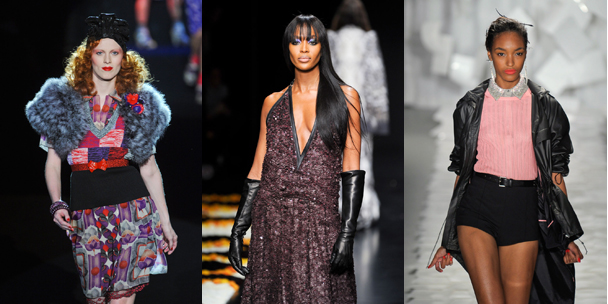 We’ve feted the best British fashion labels and beauty brands in honour of the London 2012 Olympic games –so it’s only natural that we take a look at the legendary faces gracing the ad campaigns and strutting the runway shows of top British designers each season. Here’s our round-up of favourite British models and why they continually earn gold in our books.

Before the runway: Discovered at 16 while interning at a modelling agency in Manchester, Elson shaved off her eyebrows and dyed her hair red for her first Italian Vogue cover, at the request of legendary photog Steven Meisel.

Last spotted: While she opened Anna Sui’s Spring/Summer 2012 runway in New York, she sat happily in the front row for the recent Fall/Winter show.

Why we love her: Not only is she a quadruple threat—model, dancer, designer and singer/songwriter— she’s also a total rock star. She famously threw a divorce party with singer Jack White, her ex-hubby of six years, in their Nashville home—issuing a press release/party invite all in one.

Before the runway: Discovered in 2006 while shopping with a friend at a Primark in Hammersmith, Dunn made her debut during the Fall/Winter 2007 season, gracing the runways of Marc Jacobs, Ralph Lauren, and Salvatore Ferragamo in New York and Milan.

Why we love her: Stepping onto Prada’s Fall/Winter catwalk in 2008, Dunn was the first black model to walk for the house in 13 years. She cites her son as her modelling inspiration and reportedly orders barbeque chicken wings at London’s Meat & Wine Co —to start.

Before the runway: Though she only needs a first-name qualifier, Campbell was cast in Bob Marley’s “Is This Love?” music video at eight-years-old and later discovered while studying ballet at London’s Italia Conti Stage School in 1985.

Why we love her: Sure, she’s known to be more than a little feisty, but with equal amount of star and staying power, doesn’t she have a right to be?

For more top British models to honour for London 2012, read on to the next page…

Before the runway: At 14, Moss was discovered at JFK airport in 1988; she sparked the resurgence of the waif movement with the iconic Calvin Klein Jeans ad shot by Herb Ritts.

Why we love her: The industry’s quintessential bad-girl supermodel, Moss holds an unrelenting hold on the fashion elite (Brit labels like Burberry and Topshop, as well as the tabloids can’t let go), and we can’t get enough of the photos from her English cottage-set wedding to rocker Jamie Hince–and her sparkling Galliano gown—one year later.

Before the runway: After spending a year modelling in London, she debuted during London Fashion Week’s Fall/Winter 2004 season on the runways of Moschino, DSquared2 and Kenzo.

Last spotted: Backing out of hosting British Project Runway, the Victoria’s Secret Angel has joined the cast of Mad Max: Fury Road, a follow-up to her onscreen debut in last year’s smash hit, Transformers: Dark of the Moon.

Why we love her: This self-proclaimed “British farm girl” is equally at ease on the catwalk as she is performing stunts on set of the latest action films (we don’t have to tell you she’s a regular bombshell in both feats).

Before the runway: While her porcelain doll looks and fiery tendrils are trademark now, Cole was discovered in 2002 while walking through Covent Garden in London, and immediately after posed for an editorial in Italian Vogue, shot by Steven Meisel.

Last spotted: In this summer’s fairy tale blockbuster, Snow White and the Huntsman. She most famously appeared alongside Heath Ledger in his last film, The Imaginarium of Doctor Parnassus.

Why we love her: She hasn’t turned her back on fashion quite yet—she’ll strut the runway during the London 2012 Olympic closing ceremonies, along with Kate Moss, Naomi Campbell, Georgia May Jagger –among others, on August 12. Bonus? She graduated with honours from Cambridge University. 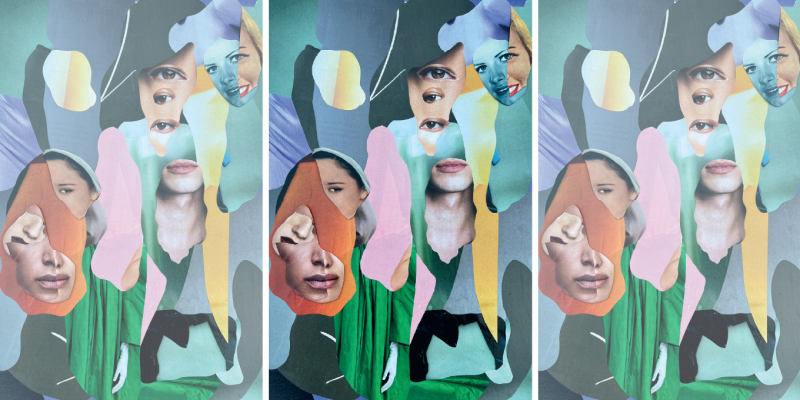