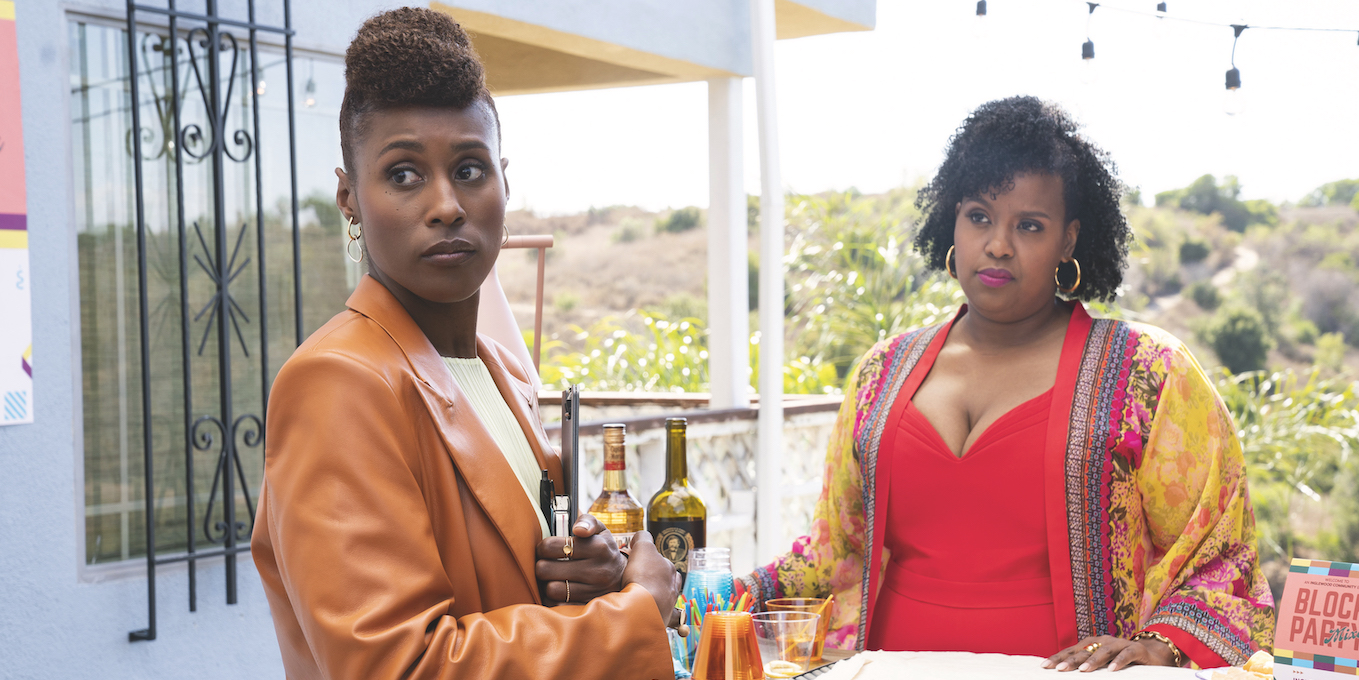 When I get on the phone with writer-actor-comedian Natasha Rothwell, we’re both nearing the end of two weeks of self-isolating because of the coronavirus pandemic. So far, the 39-year-old is managing okay – after all, much of her off-screen work is done in solitude. “I’m definitely not as regimented,” she says. “But it’s nice to be able to maintain some kind of daily routine so the days don’t all bleed together. I don’t think I’m writing my King Lear though.” You never know, I respond. Especially where Rothwell is concerned. Her big break in the industry came in 2015, when she was hired as a writer on Saturday Night Live. That gig helped her capture the attention of an HBO exec, who introduced her to Issa Rae, the creator of Insecure, a buzzy comedy series about Black women living in L.A. Five years later, the spotlight is on Rothwell as Kelli, one of Rae’s BFFs on the show (currently in its fourth season). She’s also shining bright in major blockbusters like Wonder Woman 1984, which is due in theatres later this year.

JILL OF ALL TRADES

“My role on Insecure has really evolved over four seasons. I was first hired as a writer, and then I became Kelli. Now I’m a supervising producer and involving myself in the process more. It’s been really incredible to wear multiple hats. It’s hard to say I have a favourite part – I don’t think I’d feel complete doing just one [aspect] of the job.”

“I am loudly interested in diverse stories, in a very self-serving way. The stories that I’m able to tell are from the point of view of a plus-size woman of colour. Those are few and far between, so producing and telling stories that we haven’t seen before excites me.”

“As my profile rises, I can’t help but be authentically myself and double down on that authenticity. I’ve always been vocal about politics and my ideas for a utopia for all of us. It would be disingenuous for me to suddenly change my tune. It’s my responsibility to use my platform to support communities that don’t have a voice. And as a woman of colour, I have some skin in the game. I would still be speaking truth to power whether or not I had this job.”

“I feel my best when I’m wearing clothes that allow me to breathe and move. I’m grateful that [plus-size] options have increased. I now have more of an [opportunity] to wear things that are form-fitting, that celebrate my body and that don’t just look like tents. I love that 11 Honoré is working with designers who normally do straight sizes—it’s couture for big bodies. That’s a treat. And I love that Anthropologie’s APlus line allows me to shop at its stores for more than kitchenware.”

“I love romcoms so much. My dream is to do a word-for-word remake of When Harry Met Sally where I get to play Sally. It’s the quintessential romcom, but it’s also the closest to real life as they come.”

The Half Of It Is Only the Beginning for Alexxis Lemire