The entire first season of the Britcom is now streaming on Apple TV+. 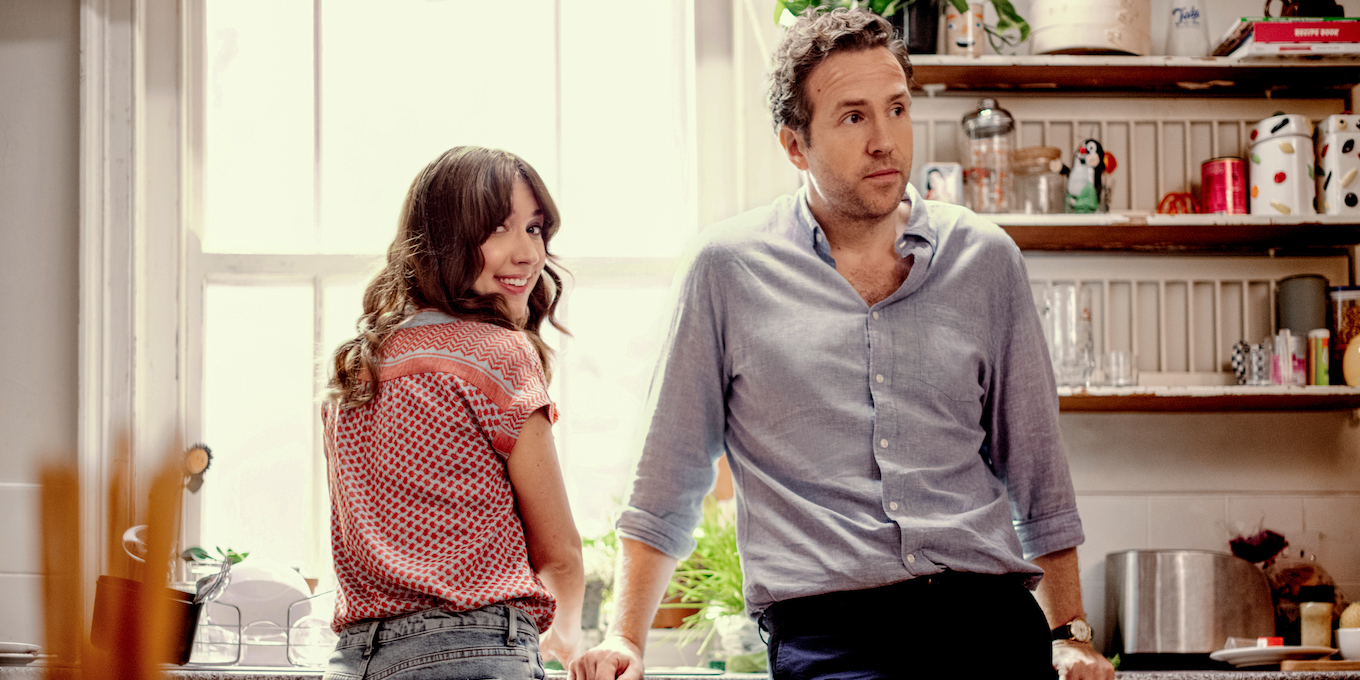 When English actress Esther Smith began work on the new Apple TV+ sitcom Trying – the streaming service’s first British offering – last year, she certainly didn’t expect to be celebrating its release…alone. “Doing press [for the show] has been very strange. It’s nice to be able to bring [a new project] into the world alongside the people you made it with, so it’s been quite sad that we can’t,” the 33-year-old tells us over the phone from her home in London. “However, I think now is the perfect time for Trying to come out. I watched it for the first time the first weekend of lockdown, and I was so thankful to have it because I was taken out of our current moment for four hours. It’s light-hearted escapism, I hope.”

In the extremely charming Trying, Smith (who you’ll know from other Britcoms like Cuckoo) stars as Nikki, a woman who, along with her long-term partner Jason (Rafe Spall), just wants a child of her own. After struggling with infertility, the couple decides to adopt. The series’ eight-episode first season (available to stream now in its entirety) follows Nikki and Jason through the highest of highs and lowest of lows of the application process, all with a wry sense of humour. We caught up with Smith to chat about the show, why she related to Nikki so much and working opposite of a legend like Imelda Staunton.

Why did you want to be in Trying?

I got the script about two Aprils ago and I remember sitting down in a coffee shop to read it, like, 20 minutes before I had to go to a screening. I just inhaled it. It read so well off the page, it was really funny and it was so moving. I was instantly captivated by the story. I sat there and kind of cried into my coffee. I couldn’t help myself. I saw that it was really special. It’s really rare to find something that really resonates with you that quickly. I thought that the subject matter, following the adoption process, was also important. I don’t think it’s necessarily been portrayed [on-screen] in this way. We tend to see stories after the fact – someone who’s been through it, or maybe stories of infertility, but not of the adoption process itself. I’m glad to be part of telling this story.

And what was it about Nikki that appealed to you?

I recognized that Nikki is really fighting imposter syndrome, this whole idea of wanting to present yourself as an adult but inside you still feel like a child. I have that and I hate it. It’s something I’m constantly battling within my own life. And once I recognized that within Nikki, she just made complete sense to me.

Did you learn anything by playing her then?

I learned that it’s ok not to have your shit together. And that what you think of as not having your shit together is actually…not that. Everyone is struggling and dealing with their own stuff. Owning that within yourself is okay and actually having the courage to say, “This is who I am. I do not necessarily feel like the most intelligent person in the room, but that’s okay,” is totally fine. She taught me that it’s okay to feel like that.

How has living in self-isolation changed the way you look at the show?

It’s made me appreciate the lighter side of the show [in a new way] – and the whole premise of the show, really. So much of Trying is about trying to be an adult. It really highlights that we’re all trying to figure out where we are and how we fit into the world. And right now, we’re in a moment of pause and reflection. Hopefully, after coming out of this pandemic, we can all act put ourselves onto the path we want to be on and focus on the things that we really want and need. We’re all in this really emotional, heightened state trying to shift and this massive obstacle, which, in a sense, is what Nikki and Jason are kind of trying to do.

You and your co-star Rafe Spall have a really easy chemistry on-screen. Did that come naturally?

Yeah, it was instant. We both share the same sense of humour, which I was thankful for because we spent so much time together throughout filming. It was such a joy to come in and work with a friend for eight weeks. And he’s so bloody good at what he does. He’s intelligent and charismatic, and he made my job easier, to be honest.

Imelda Staunton also stars in the series as the social worker helping you through the adoption process. Is it intimidating to share a scene with someone like her?

Oh my god, well, yes. You kind of go into work that day being like, “I’m doing my scenes with Imelda, so do not fuck it up.” But she’s so lovely and funny, so the fears and nerves just instantly dispel. She’s really down to earth and just gets on with the job. I thought that I could learn a lot from her, and am so thankful she’s part of our team.

What do you hope people take away from the series?

I think I would have answered this question differently had we not been going through these intense times. But now, it feels so important for people to have a bit of warmth, hope and connection. Jason and Nikki go through these obstacles, they learn things about each other and they grow together because of that. So I hope people finish the series feeling joy and warmth.