The actress on making Netflix's hit queer romcom, her former cheerleading career and her instant connection with co-star Leah Lewis. 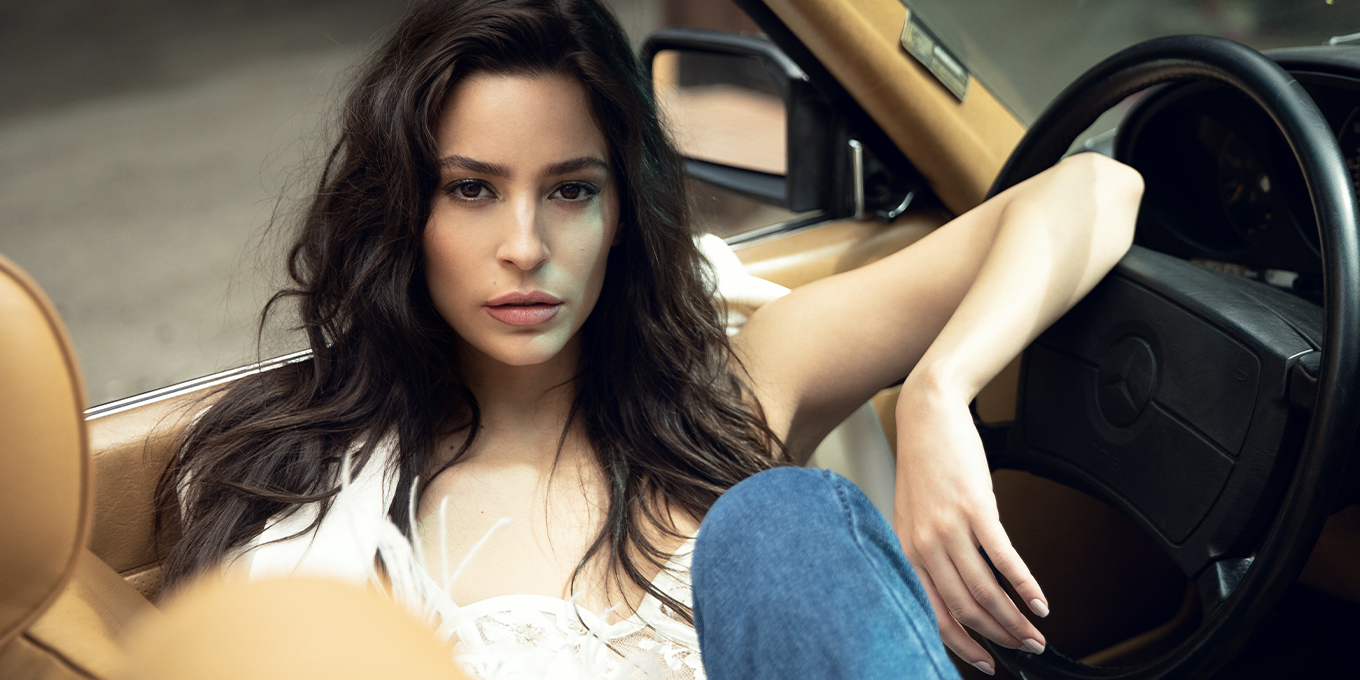 Long before Alexxis Lemire was giving a can’t-look-away performance in Netflix’s queer romcom, The Half Of It, she was spending her high-school days being hurled into the air as a competitive cheerleader. It’s news that makes me gasp in a way I would not have mere months ago. We are, after all, living in a post-Cheer world. “I have watched that series an unhealthy number of times,” the 23-year-old actress says with an enthusiastic laugh. “It was nostalgic for me to watch, even though it followed college students. I knew who Gabi Butler was. I was at some of the same competitions as Jerry. It’s kind of a weird thing.”

It’s fitting, then, that the docuseries debuted on the same streaming service that Lemire would also get her big break on. It was the realization that there was a shelflife on her cheer career – the same struggle the Cheer cast navigates on-screen – that left her in search of something new. As fate would have it, the same New Hampshire facility where Lemire’s team practiced also hosted acting classes. She wandered into the class one day, signed up and knew she had found her new passion. By the time she was 18, she left her hometown of Londonderry,  New Hampshire, for Los Angeles, bringing her mom along for support during the first couple of years, committed to pursuing the career full time.

“I felt like acting was the only way I was able to express myself. I could step into these other roles and understand a little more about empathy,” says Lemire, who, prior to the Netflix hit, had mostly done TV movies. “It’s definitely an escape – that’s what turned me onto it. And once I finally started to get callbacks and saw that my work was paying off, it felt almost addicting.”

Somehow, this makes sense when watching Lemire in The Half Of It, which started streaming earlier this month. As Aster Flores – the alluring pastor’s daughter who captures the affection of a sweet jock and the shy girl he hires to write love letters for him – she has a natural screen presence. Working in tandem with the script and direction by Alice Wu (the beloved filmmaker behind the early-aughts cult classic Saving Face), Lemire gives Aster a life beyond being the resident cool girl. It’s as if it was a role she was made to play.

Thank you for everything. You have taught me so much about myself through your work and words. I’m so grateful to have gotten to know you, and be apart of your life and this film. The Half of It doesn’t exist without this brilliant woman!!!!! #mom ♥️

And, in a way, it was. Originally, Lemire was supposed to record a self-tape of her audition and send it off to the powers that be. But after bursting into tears upon reading the script for the first time, she called up her agent and said, “I need to get in the room for this. I need to be a part of this project.” It went well, obviously –  thanks, in part, to a generous casting director and a phone call with Wu, over which they quickly bonded. But, ultimately, it was Lemire’s instant connection to Aster and the story that made her determined to go after the role. “I really felt the inclusivity Alice was [trying to create],” she says. “I’ve had a bit of a difficult run. There will be times when I audition for Latin characters and they’re like, ‘Well, you’re not Latin enough.’ Or I’ll audition for Caucasian characters and they’re like, ‘You’re too Latin.’ I felt so understood by Alice and what she had written, and that was an amazing feeling.”

Essential to the movie’s success? The chemistry between Lemire and her castmates, Leah Lewis (who plays Ellie Chu, the girl harbouring a secret crush on Aster) and Canadian Daniel Diemer (Paul, with a not-so-secret crush on Aster). That, as Lemire tells it, was the easy part. “Leah and I had a really special connection right off the bat. We were sitting there and, like, telling each other our deepest, darkest secrets, talking about life and loss. We almost forgot we were supposed to be doing a chemistry test,” she says, the smile audible in her voice. “And that continued on afterward. I actually gave her a ride home after because we were in Santa Monica during [rush hour], and we exchanged information before knowing if either of us even booked [the job] because we had gotten along so well.” She shares the same fondness for Diemer, who she didn’t meet until later in the process but quickly formed inside jokes with. Judging by the gushing posts and comments the trio share across social media, their friendship is the real deal.

And now, even with the world at a halt, it’s back to the audition grind for Lemire. But there is, perhaps, no better movie than The Half Of It for people to escape into at this moment. Lemire says she’s been overwhelmed by the fan response – a quick search on IG turns up result after result of fan pages dedicated to the actor, just two weeks after the film’s debut – and that she hopes it continues to move people and leave them with a sense of hope. “Alice was always reminding us to be as present as possible,” Lemire says. “I remember looking at her on-set once and she was like, ‘This is the first and last time you’re going to do this.’ I was so moved by that and keep it in mind to really live in the moment as much as possible.”