From buzzy comedies and compelling dramas to essential documentaries. 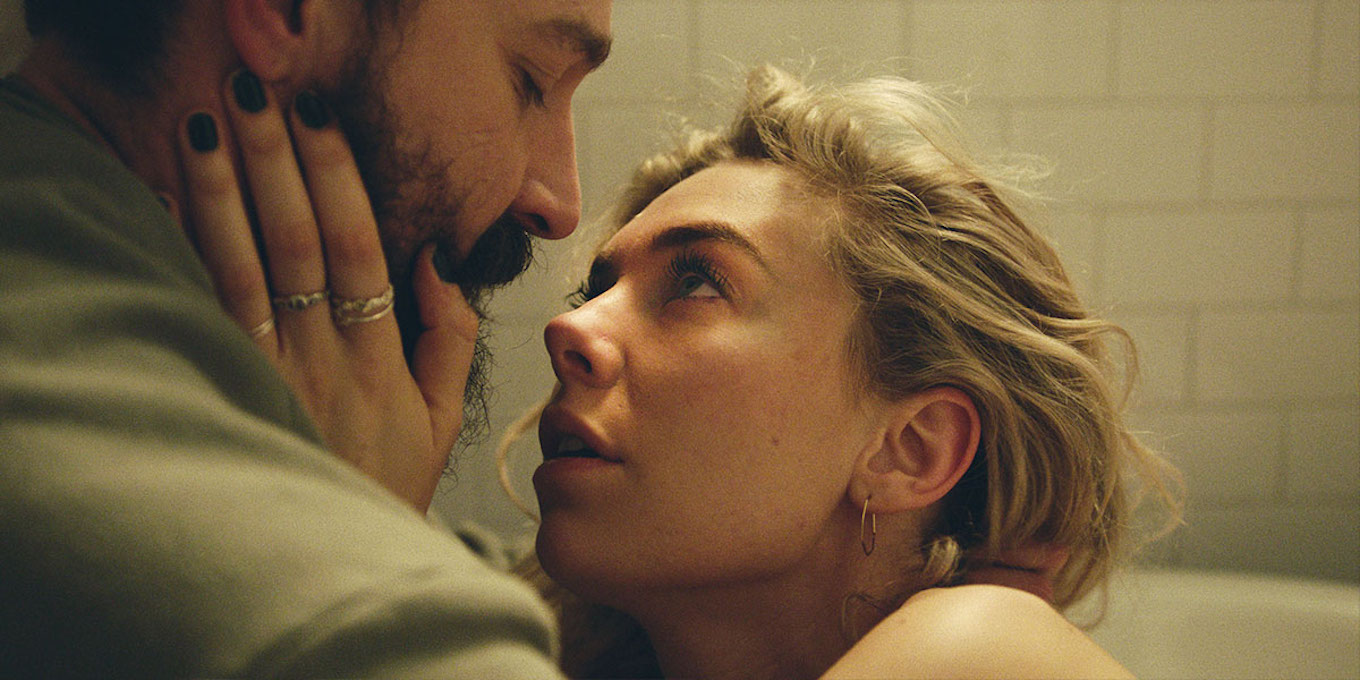 The Toronto International Film Festival will certainly be quite different this year, but it’s true what they say: The show must go on. In that spirit, we’ve rounded up nine Canadian movies we can’t wait to check out at the fest.

Toronto-born director Charles Officer’s crime drama follows 40-year-old Akilla (actor-musician Saul Williams), a drug trader who gets caught up in the middle of a robbery when a routine deal goes wrong. Barely escaping, he nabs one of the teenaged thieves and discovers that the boy has ties to the same crime organization that Akilla fell into when he was young, forcing him to confront his past traumas and become determined to protect the boy. The film is debuting as part of the 25th-anniversary celebration for Planet Africa, a now-defunct program that TIFF co-head Cameron Bailey started to recognize cinema from Africa and the African diaspora. 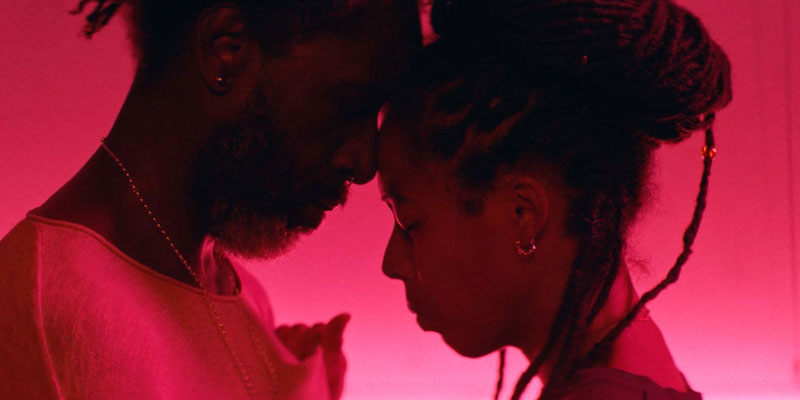 A still from Akilla’s Escape. Courtesy of TIFF.

Inspired by real events, Mowhawk filmmaker Tracey Deer’s debut feature film chronicles what we know as the Oka Crisis or Kanesatake Resistance from the perspective of a 12-year-old girl. For 78 days in 1990, two Mowhawk communities in Quebec – Kanehsatà:ke and Kahnawá:ke – were in a standoff against the Sûreté du Québec, the RCMP and the Canadian Armed Forces, protesting the expansion of a golf course on their land. In Deer’s coming-of-age film, Beans (Kiawentiio) – a young girl caught between adolescence and having to grow up too soon – navigates using her voice for activism while facing the impacts of violent racism.

The trailer for Fauna – Mexican-Canadian director Nicolás Pereda’s “comedic take on how violence in Mexico has infiltrated popular imagination” – gives away absolutely nothing, and yet, we couldn’t look away from it. Colour us curious.

Michelle Latimer, a filmmaker of Algonquin, Métis, and French heritage, is about to have quite a fall. Her new surreal drama Trickster – about an Indigenous teen whose already chaotic life is upended when he starts seeing strange things – premieres on the CBC later this fall. (It’s also screening at the fest.) But first: Inconvenient Indian, which is adapted from Thomas King’s award-winning book, a must-see documentary exploring the cultural colonization of Indigenous peoples across North America.

Montreal’s Aisling Chin-Yee is back at TIFF once again (her directorial debut, The Rest of Us, premiered at the fest last year), this time alongside trans writer and moving-image artist Chase Joynt. The pair co-directed No Ordinary Man, a thoughtful documentary about the lasting legacy of 20th-century jazz musician Billy Tipton, who became a trans icon once his identity was publicly revealed after his death in 1989.

Pieces of a Woman

Shia LaBeouf and The Crown‘s Vanessa Kirby star in this Montreal-shot film as a couple who found love despite their class differences. But when they are faced with a devastating tragedy, they both struggle to cope with their grief in vastly different ways. 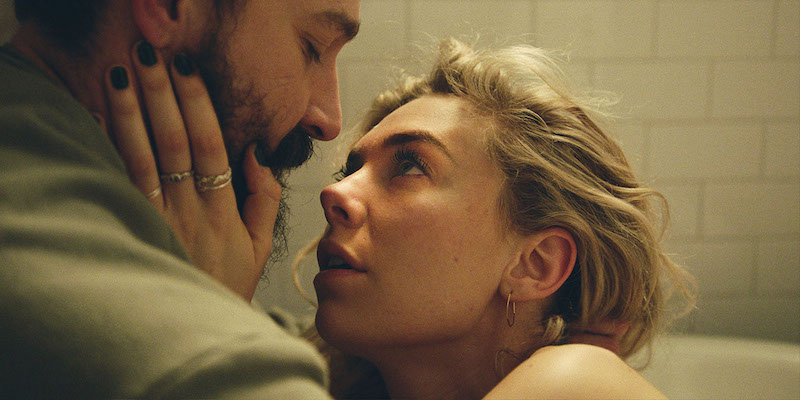 A still from Pieces of a Woman. Courtesy of TIFF.

Shiva Baby – Canadian-born, NYC-based filmmaker Emma Seligman’s debut feature, which was expanded from her short film of the same name – was supposed to have a big rollout at this spring’s SXSW before it was cancelled because of the coronavirus. The movie still premiered online to positive buzz before making its way to TIFF this year. The family comedy follows Danielle, a young woman whose many secrets – including a relationship with an older man who gives her money – start to unravel during a very frantic shiva.

we are beyond thrilled to announce that Shiva Baby is part of this year’s official selection at @tiff_net ! a special thank you to @cameronpbailey for believing our film 🥯 💫 👵🏼 🍾 #tiff20 #tiff2020

You’ll recognize Autumn Peltier as the incredible 15-year-old clean-water activist who has earned headlines for confronting Justin Trudeau about the Trans Mountain pipeline and for speaking at the United Nations and the World Economic Forum. (She also appeared in our September issue for our activist roundtable.) Now, her story comes to the big (or small) screen in The Water Walker, a documentary following her on her powerful journey as she prepares to speak at the UN.

I'm excited to announce that The Water Walker, a short documentary about my work and what inspires me to do it, will premiere at TIFF this year! Indigenous people around the globe bear the brunt of the climate crisis and have advocated for the Earth for generations. It's wonderful to see our voices and our stories being lifted up! For this piece we collaborated with a great team but also they are like family- it's written and executive produced by @steviesalasoffichal , founder of the all-indigenous production company Seeing Red Six Nations, directed by @james.burns, Original art by Christi Belcourt, and voiced by Academy Award nominated Graham Greene!

If you’re a fan of TIFF’s Midnight Madness program, this one’s for you. Violation is the debut feature from Canadian director duo Madeleine Sims-Fewer (who also stars in the flick) and Dusty Mancinelli, and tells the story of Miriam, a woman in an unhappy marriage hoping for a moment of solace while away at a cottage for the weekend with her estranged younger sister and their respective husbands. Their time together culminates in a series of traumatic betrayals (be warned: sexual violence is depicted in the movie), pushing one of the women towards vengeance. 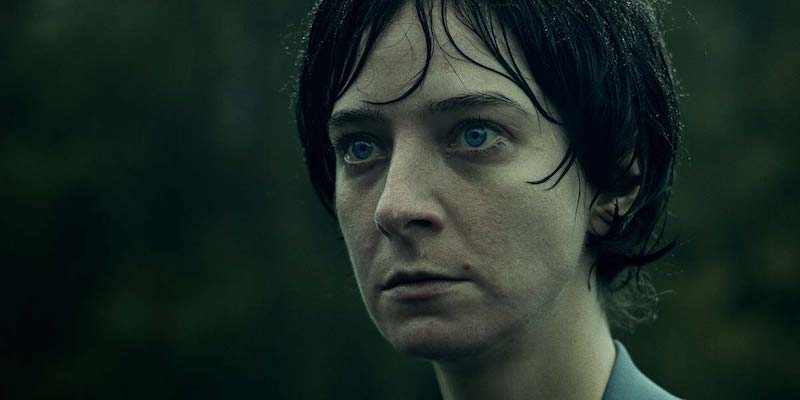 A still from Violation. Courtesy of TIFF.