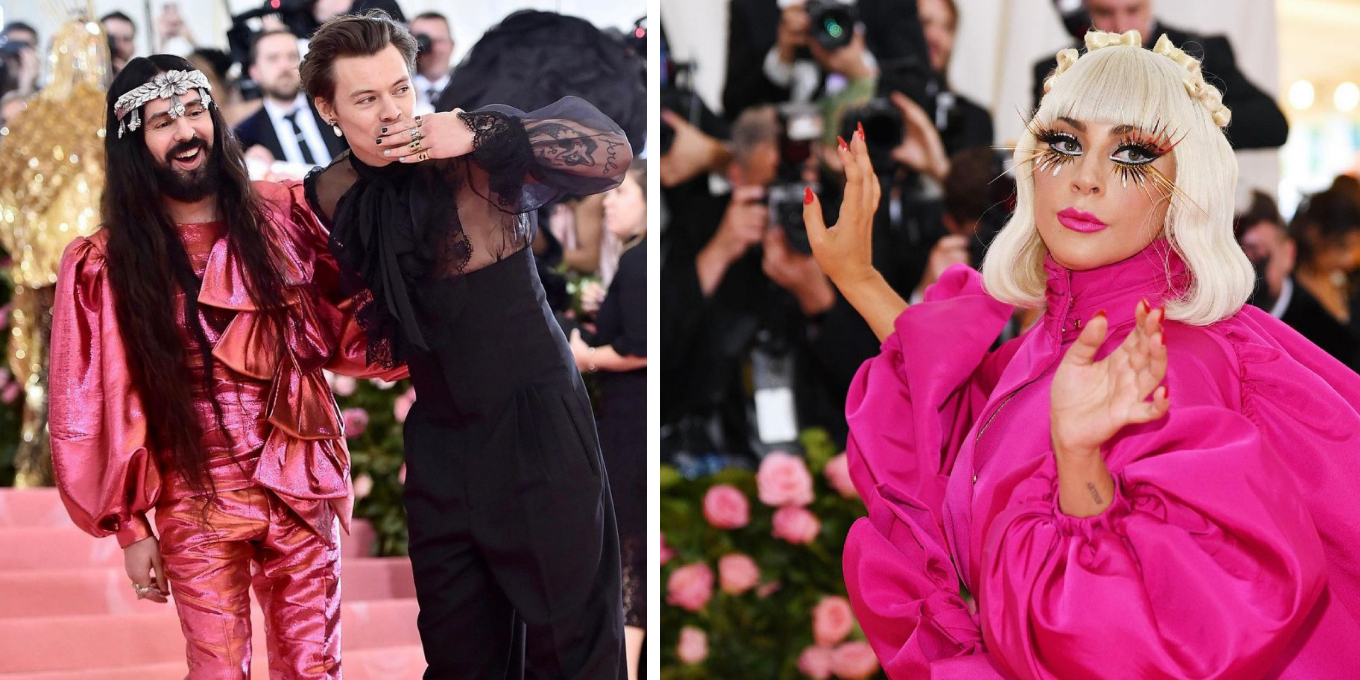 Two years since the glorious 2019 Met Gala exhibition ‘Camp: Notes on Fashion’, the Metropolitan Museum of Art is finally dusting off the red carpet ahead of its next gala.

Vogue has revealed that the usually annual event, postponed in 2020 due to the pandemic, is back, but with a brand new date and theme.

From the sounds of it, the 2021 Met Gala is going to be even more diamond-encrusted, celebrity-filled, and serving more hair spins and gasping for air moments than a RuPaul Drag Race season finale.

But can the theme really top Rihanna’s 2015 pizza-like yellow fur-trimmed gown designed by Guo Pei? Or Ariana Grande’s 2018 Vera Wang dress depicting scenes from Michelangelo’s ‘The Last Judgment’? Or even Lady Gaga’s not one, not two, not even three but four different Brandon Maxwell outfits at 2019‘s? Let’s find out.

Here’s everything you need to know about the Met Gala 2021: 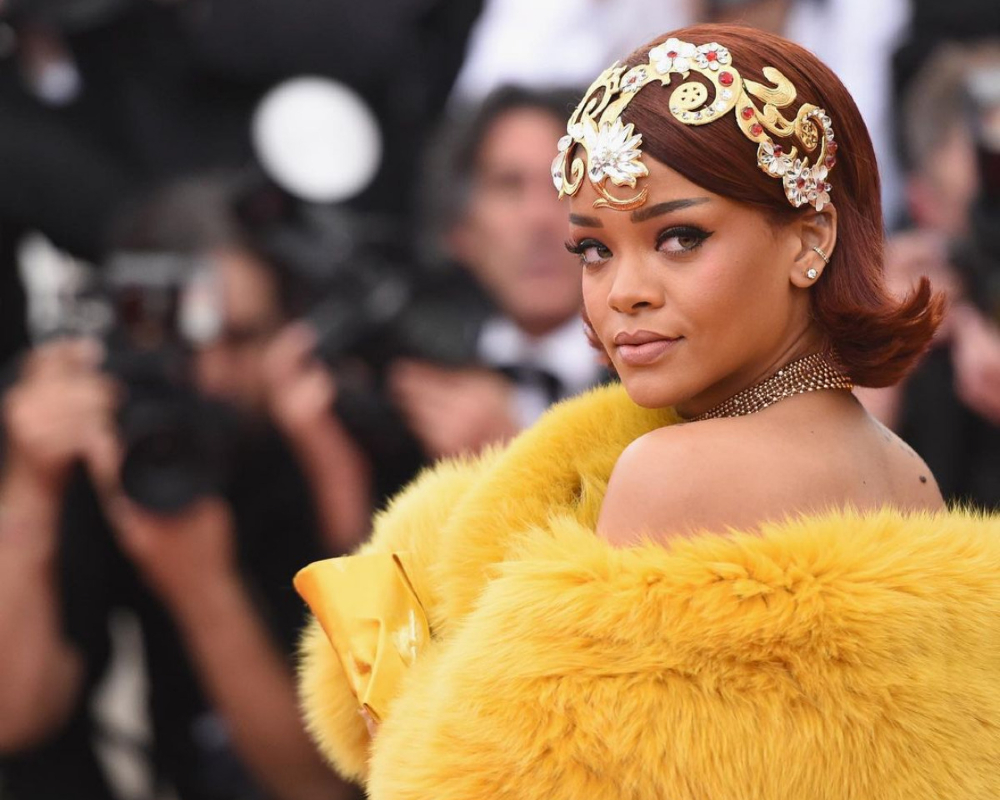 Following on from 2019’s Met Gala exhibition ‘Camp: Notes on Fashion’, and the 2020 exhibition ‘About Time: Fashion and Duration’, the Metropolitan Museum of Art has finally announced its new focus of inspiration for the Costume Institute for 2021:‘In America: A Lexicon of Fashion’. So you can expect lots of classic designs from the likes of Ralph Lauren, Halston and Calvin Klein, as well as more modern, bold designs from relative newcomers like Christopher John Rogers, Pyer Moss and Prabal Gurung.

This ‘In America’ exhibition is part of a duo of themes, with the second part being titled ‘In America: An Anthology of Fashion’, and set to show in 2022.

Andrew Bolton, Wendy Yu Curator in Charge of The Costume Institute said their were two reasons he settled on the theme and accompanying exhibition: ‘The main one was the fact that the American fashion community has been supporting us for 75 years, really since the beginning of the Costume Institute, so I wanted to acknowledge its support, and also to celebrate and reflect upon American fashion.’ 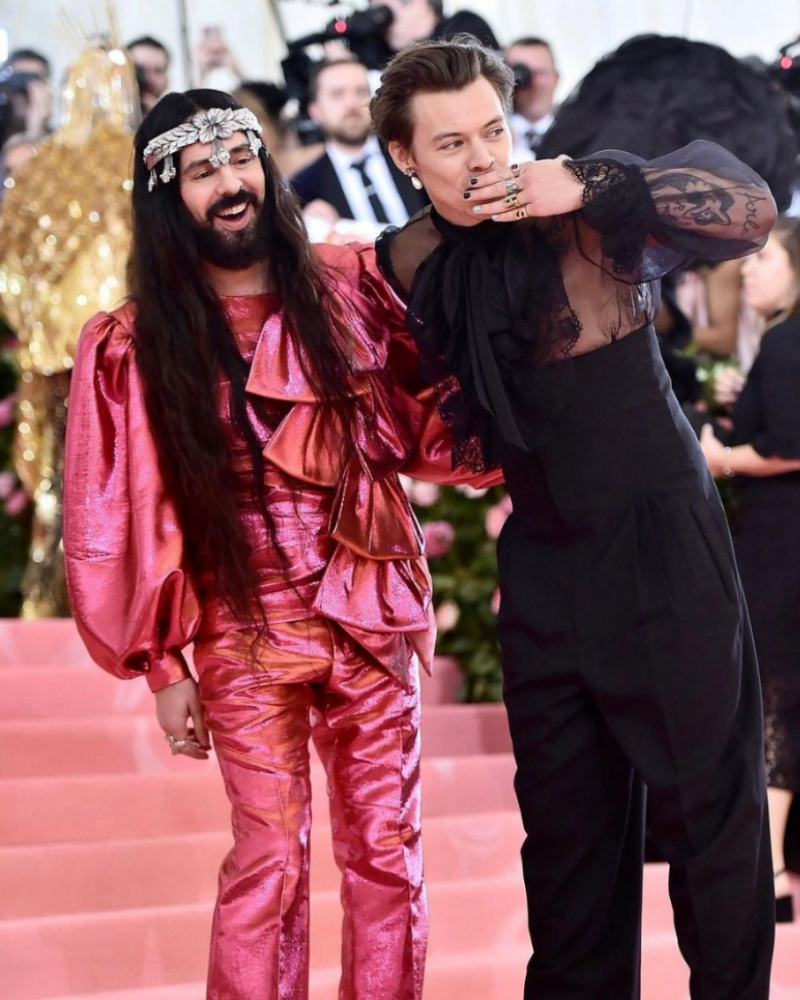 ‘I think that the emphasis on conscious creativity was really consolidated during the pandemic and the social justice movements,’ Bolton said. ‘And I’ve been really impressed by American designers’ responses to the social and political climate, particularly around issues of body inclusivity and gender fluidity, and I’m just finding their work very, very self-reflective.

‘I really do believe that American fashion is undergoing a Renaissance. I think young designers in particular are at the vanguard of discussions about diversity and inclusion, as well as sustainability and transparency, much more so than their European counterparts, maybe with the exception of the English designers.’

As per the name of the now-legendary documentary, ‘First Monday In May’, the Met Gala is usually, you guessed it, on the first Monday in May each year.

However, due to the Covid-19 pandemic, the event has been postponed to September 18, 2021 to coincide with the closing of New York Fashion Week (hopefully).

Who are the Met Gala co-chairs?

The co-chairs for the Met Gala 2021 are yet to be announced. 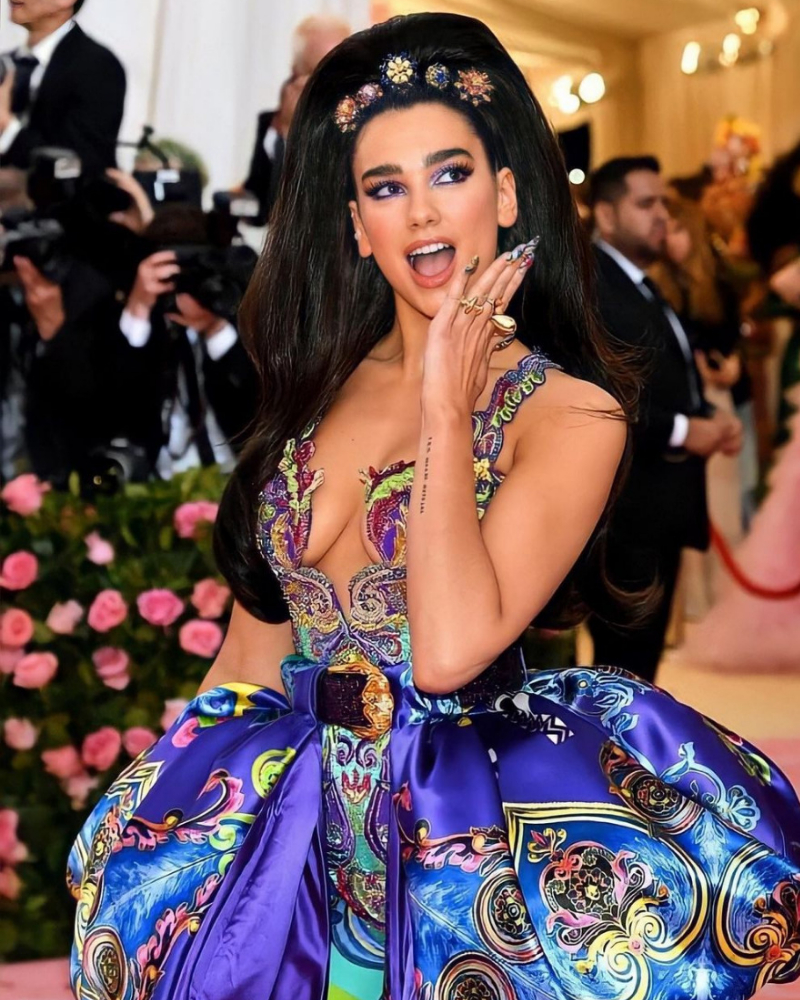 What is the Met Gala?

Also known as the Costume Institute Gala, the Met Gala is a massive fundraising event that celebrates the opening of a new fashion exhibition each year at the Metropolitan Museum.

Founded by publicist Eleanor Lambert, the annual benefit was first held in 1948 to encourage donations from New York’s high society. Nowadays, it’s the hottest ticket in town with everyone from Blake Lively to Lady Gaga clamouring to be invited.

Each year a different dress code is chosen as the theme of the evening to tie in with the exhibition opening. Previous themes have included ‘Punk: Chaos to Couture’ and ‘China: Through the Looking Glass’. 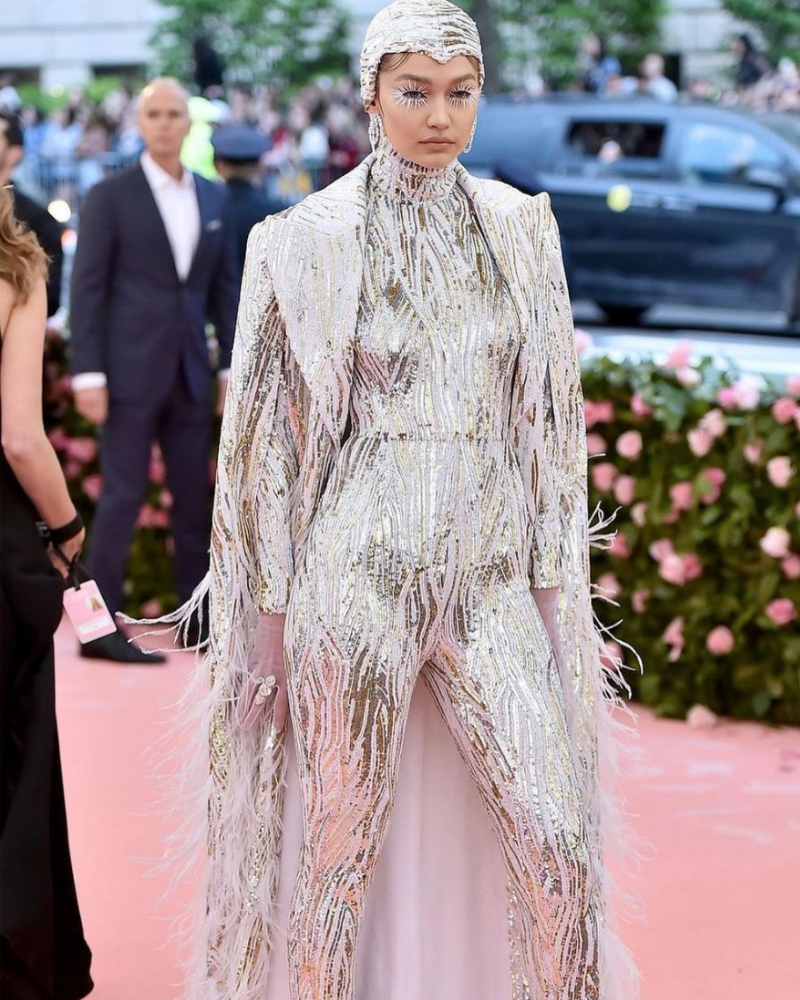 What time is the Met Gala?

Usually, you can view the proceedings from 7pm. However, full information on the Gala is yet to be released.

Can you watch the Met Gala on TV?

Alas, the Met Gala isn’t televised with celebrities heading down the red carpet before doing a pre-opening tour of the exhibition and sitting down to a star-studded dinner. However, Instagram stalking is totally possible. 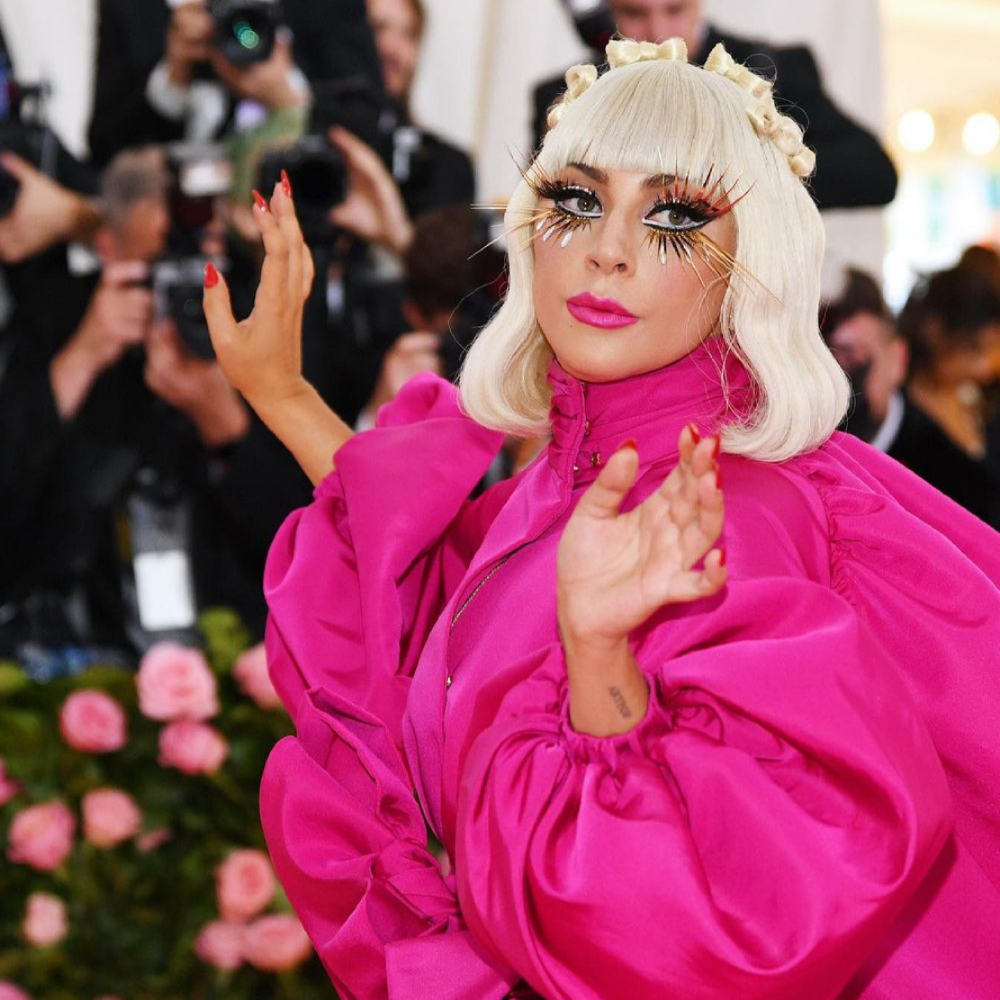 Where is the Met Gala?

The clue is in the name, with the ‘Met’ part of the ‘Met Gala’ referring to the Metropolitan Museum of Art in New York City. Each year the museum presents a new fashion exhibition with the Gala marking the opening.

Which designers will be featured in the Met Gala exhibition?

Just a handful of the designers that will be featured at the exhibition including: Claire McCardell, LaQuan Smith, Halston, Kerby Jean-Raymond, Virgil Abloh, Prabal Gurung and Ralph Lauren. 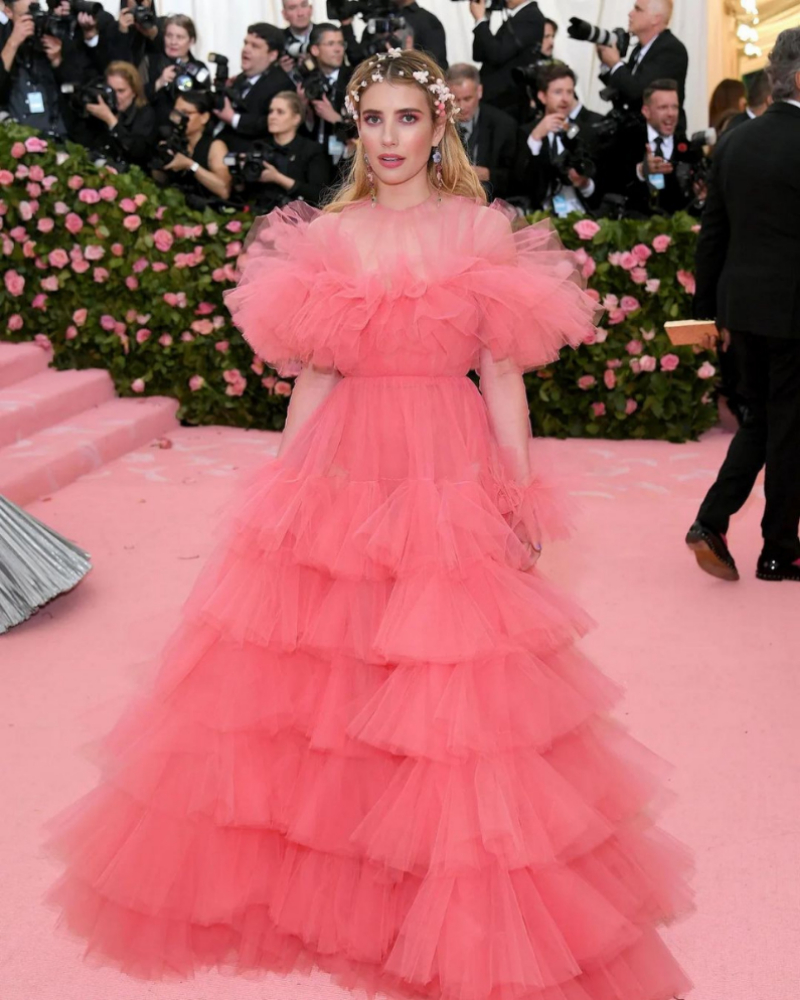 How much is a ticket to the Met Gala?

In short – not cheap. 2019’s tickets were sold for a whopping $30,000 each with entire tables going for 275,000. However, it’s all for a good cause with the money raised being donated to the Costume Institute. As the only department of the Met Museum that has to fund itself, the donations are sorely needed.

In 2018, just over $12 million was raised – a healthy chunk for the fashion department.