A quick guide to the most fashionable party of the year. 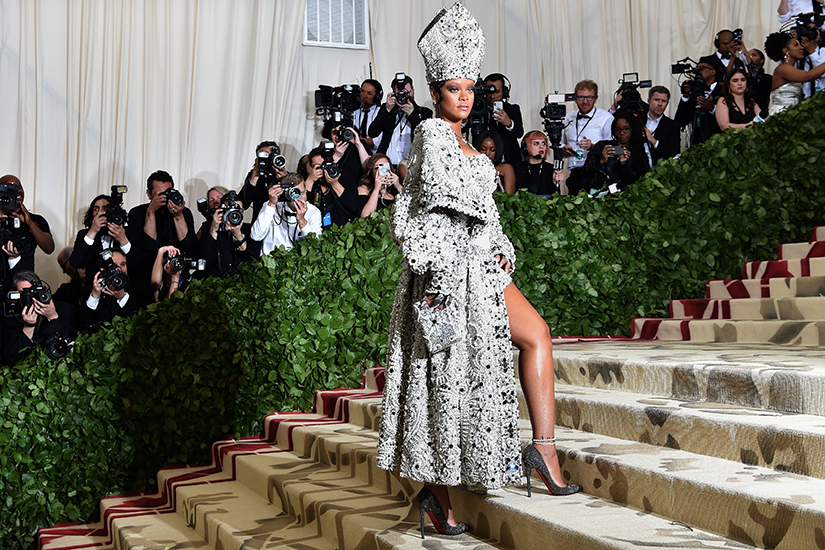 Remember the intricate Guo Pei canary yellow dress Rihanna wore that inspired countless memes? Or Lena Waithe’s powerful Carolina Herrera pride flag cape? The first time Nick Jonas and Priyanka Chopra stepped out together in stunning Ralph Lauren? Well, it’s that time again: celebrity and high fashion will converge on the most extravagant red carpet of the year, the Met Gala. The event raises money for the museum’s Costume Institute and serves as the grand opening of its latest exhibition. With the festivities just days away, here are five things to know about this year’s gala.

WHEN IS THE MET GALA?

As per usual, the Met Gala will take place on the first Monday in May, which means that this year’s event falls on May 6. You can watch live coverage of the red carpet online but since the actual event isn’t televised but you’ll have to follow your favourite celebs on social media for an inside look.

WHAT IS THIS YEAR’S THEME?

Every gala’s theme is usually tied to the new spring exhibition: previous themes have included Heavenly Bodies: Fashion and the Catholic Imagination and China: Through the Looking Glass. This year, it’s all about exploring the origins of camp, using American writer Susan Sontag’s 1954 essay Notes: on ‘Camp’ as a framework to examine its impact on fashion and how designers have been inspired by the key elements of irony, humour, parody, theatricality and exaggeration. Think Bjork’s infamous swan dress, Cardi B’s archival Thierry Mugler shell look at the Grammys, and Viktor and Rolf’s latest Instagram-primed haute couture “fashion statements” gowns—all of which will be featured in the exhibit.

It’s strictly invite-only, and with the super coveted tickets costing tens of thousands (it’s a benefit after all) in addition to the one-of-a-kind haute couture outfits, it’s safe to assume that most attendees are at the top of their respective fields. Although the guest list isn’t public…yet, there are a number of confirmed appearances. According to The Hollywood Reporter, this year’s committee includes stars like Lupita Nyong’o, Jennifer Lopez, Blake Lively and Ryan Reynolds, and Bradley Cooper. Designers like Tom Ford, Donatella Versace, Miuccia Prada, Pierpaolo Piccioli and Clare Waight Keller will also be in attendance.

Vogue editor-in-chief, Anna Wintour, has chaired the gala since 1995 and selects a few co-chairs to assist with hosting duties. Lady Gaga, Alessandro Michele, Harry Styles and Serena Williams will take the stage with Wintour for this year’s event.

WHAT WILL BE IN THE EXHIBIT?

For those still waiting on their invites to the gala, this is the chance to be up close and personal with the pieces. Camp: Notes on Fashion will feature over 250 objects dating from the seventeenth century to the present, including creations from designers like Giambattista Valli, Jeremy Scott for Moschino, Vivienne Westwood, Ann Sui, Bertrand Guyon for Schiaparelli, Virgil Abloh for Off-White c/o Virgil Abloh, Thom Browne, Marc Jacobs and Jun Takahashi for Undercover. The exhibit runs from May 9–September 8.