The 10 biggest fashion exhibitions of the summer

The hautest fashion shows—from Karl to Dries Van Noten—aren’t taking place on the runway this season. Here are the top 10 stylish museum exhibitions to check out this summer. 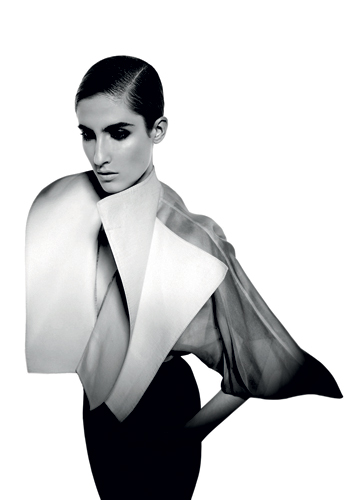 Photo from The White Shirt According to Me: Gianfranco Ferré exhibit.

Fashion exhibition: Karl Lagerfeld
Where: Museum Folkwang, Essen, Germany
When: Until May 11, 2014
Karl Lagerfeld needs no reminder of his relevance in the fashion world he inhabits and has been for over 50 years—a retrospective is more fitting for the Chanel and Fendi creative director, photographer, director and overall cultural influencer. This exhibition, conceived by the designer himself, offers a panoramic glimpse of past and current projects Lagerfeld.

Fashion exhibition: Bill Cunningham: Facades
Where: New York Historical Society, New York
When: Until June 15
The year: 1968. Our beloved streetstyle photographer (before that was even a thing) Bill Cunningham embarks on what would become an eight-year project chronicling the lavish lives and looks of New York’s then-elite.

GALLERY: 10 art and fashion pieces you need to know

Fashion exhibition: Fashion Victims: The Pleasures and Perils of Dress in the 19th Century
Where: The Bata Shoe Museum, Toronto
When: Opens June 18, 2014
Bringing a whole new meaning to the idea of if looks could kill, this exhibit examines deadly fashion from the vantage point of the garment worker during the industrial revolution who was faced with the imminent possibility of death by arsenic (from clothing dyes) and mad hatter disease (from mercury used in top hats).

Fashion exhibition: Hello, My Name Is Paul Smith
Where: Design Museum, London
When: Until June 22, 2014
If you don’t know him yet—and with over 40 years of defining British fashion, it’s hard not to—come meet Paul. The exhibition traces his global influence—as both designer and retailer—elevating quintessentially Brit tailoring and style with him over the decades. Hi, Paul!

Fashion exhibition: The White Shirt According to Me: Gianfranco Ferré
Where: Museo del Tessuto, Prato, Italy
When: Until June 29, 2014
Is there a fashion piece as iconic as it is rudimentary as the white shirt? A hallmark of the Gianfranco Ferré DNA, the white shirt is re-cast in 27 different iterations from the 20-year history of the Italian fashion house throughout the exhibition.

More of the summer’s hottest fashion exhibitions to check out on the next page!

Where: Victoria and Albert Museum, London

Versace, Dolce & Gabbana, Prada—sure, Italian fashion may seem like it’s all
la dolce vita, but this latest exhibit showcases how the industry rebuilt itself and thrived in post-war Italy due mainly to the support of local manufacturing and the switch to ready-to-wear production practices.

Fashion exhibition: Charles James: Beyond Fashion
Where: The Costume Institute at The Metropolitan Museum of Art, New York

Last year it was punk, before that, Alexander McQueen—and this year’s theme subject to MET/Anna Wintour treatment is American couturier Charles James. The exhibit will showcase his ball gown designs from the ’40s through to the ’50s.

Fashion exhibition: Halston and Warhol: Silver and Suede
Where: The Andy Warhol Museum, Pittsburgh
When: May 18 to August 24
In his book, Andy Warhol’s Exposures, Warhol hailed Halston as the “first All-American fashion designer” (Halton in turn was a collector of Warhol’s work). To honour this 20th-century art-meets-fashion icons lovefest, the exhibit pairs Halston’s garments and accessories with photography, video and paintings by Warhol.

Fashion exhibition: Dries Van Noten: Inspiration
Where: Musée des Arts Décoratifs, Paris
When: Until August 31, 2014
The first retrospective devoted to the Belgian designer, this eponymous exhibition catalogues his creative process, from inspiration to the runway, told with photographs, film clips and musical references.

Fashion exhibition: Dior: The Legendary Images
Where: Christian Dior Museum, Granville, France
When: May 3 to September 21, 2014
The legends who snapped Christian Dior’s designs over the years (Irving Penn, Cecil Beaton, Richard Avedon) have become synonymous with the legendary house. On display in Dior’s childhood home in Granville is a selection of 200 photographs, plus 60 haute couture gowns, illustrating Dior’s formidable history.