How hard is it to be a Canadian fashion designer?

Canadian fashion designers open up about their joys, juicy secrets and hard truths. 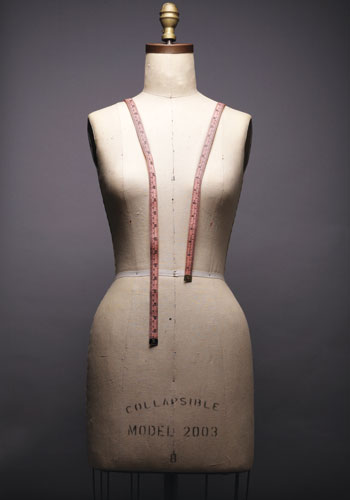 Competition for Canadian women’s clothing dollars has never been fiercer. Fast-fashion behemoths have created an appetite—and expectation—for $10 shoes, while the Web is saturated with info about buzzy emerging darlings from New York, London and Shanghai. Target has moved into Canada, and Nordstrom is next. Then there’s online shopping: Sites like The Outnet deliver designer labels straight to Canadian mailboxes. The slice of attention left for independent Canadian designers can feel like an afterthought.

Add all of that to the fact that both manufacturing and buying consumer goods are more expensive in Canada than in the United States— Canadians spend 6 percent of the average household income on clothing, compared to 4 percent for Americans, according to a recent study by the U.S. Bureau of Labor Statistics. The opportunity for a Canadian label to manufacture and price itself competitively, as well as get noticed above the noisy fray, is shrinking all the time.

In this spirit, we talked to seven Canadian indie designers about the joys, juicy secrets and hard truths of their chosen profession. Their experiences are sure to surprise you—and spark a resolve to buy Canadian.

Truth #1
Making a collection is incredibly expensive. In an age when international retailers manufacture high volume at low cost offshore, producing a collection locally on a smaller scale is difficult. Just ask Juliana Bennett, who founded Montreal label Mulcair in 2006 and shuttered it in 2011. “One of our major issues was trying to manufacture locally and keep a competitive price point for higher-end clothing,” explains Bennett. (A typical production run on a popular Mulcair style, like a dress, would have been 50 to 80 units, a negligible quantity even for local factories.) She considered taking the manufacturing to China, where the process is cheaper, but she would have needed considerably more volume to make it feasible.

How CANADIAN DESIGNERS make it work

Cash flow is also an issue in the fashion world, where it can take up to a year to recoup the costs of creating a collection. For Marie-Ève Émond, the founder and designer of retro-inspired Montreal label Betina Lou, this means that she’s constantly juggling money for her studio, four employees (herself included) and around 20 seamstresses subcontracted on production. It’s a tricky balance, given that her pieces retail for $200 or less and fabric alone accounts for 15 percent of that cost.

More Canadian designer truths on the next page…

Truth #2
Showing at Fashion Week is a major investment. According to The Wall Street Journal, the cost of putting on a runway show at Mercedes-Benz Fashion Week in New York is generally six figures and can run up to $1 million for big brands. In Canada, it’s more reasonable. The fees to show at World MasterCard Fashion Week in Toronto start at $2,000 and go up to $9,500, depending on the venue and whether it’s a daytime show or an evening show; the initial fee to participate in Montreal Fashion Week is $1,500. Models, however, cost extra in both cities: They range from $300 to $500 each, unless the lineup is sponsored by an agency or provided gratis (because the models are junior and need the experience). Designers are obliged to hire at least 12 per show (so they have enough time to change backstage)—at a minimum, the cost for models can be $3,600 per show.

Émond showed her spring/summer 2013 collection at Montreal Fashion Week, and she estimates that—between model castings and fittings, planning and producing special runway samples—she spent two months of studio time preparing for the show, which caused production and delivery delays to retail clients, affecting her all-important bottom line. She says she wouldn’t show at Fashion Week again. “I don’t really believe in it for my kind of product or price range,” explains Émond, “especially because I’m doing ready-to-wear, which is accessible and not so showy.”

“The fashion show is totally about brand-building,” says Evan Biddell, the Saskatoon-born, Toronto-based designer who rose to national fame after winning the first Project Runway Canada in 2007. “If it was just about the clothes, I mean, that’s a lookbook.” Still, Biddell acknowledges that the exposure Fashion Week can offer is sometimes critical. “I’ve seen it work for people when it’s the right timing and their brand is at the right place it needs to be first. [Designers such as] Sid Neigum and Caitlin Power entered the market with a strategy to get exposure.”

Even more Canadian designer truths on the next page…

Buzz doesn’t necessarily equal sales. Bennett learned early on that media attention doesn’t necessarily translate into wholesale and consumer sales. “We honestly got so much press—online and in newspapers and magazines—and it was overwhelming and awesome,” she recalls. “If I’d had the same kind of press in the United States that I had in Canada, the label would have been a very different story. Part of [the challenge] is the reality of Canada being pretty small.”

The collection did find its way into “four or five boutiques across Ontario and in Montreal,” and Bennett had her own online store. But after persevering for six years, she finally pulled the plug. “I was really burned out,” says the designer, who often worked 12 hours a day, six days a week. “I had to do everything myself: marketing, planning shows, designing, sales.”

In 2012, Montreal designer Duy Nguyen won the annual Mercedes-Benz Start Up, a prestigious award (sponsored in part by World MasterCard Fashion Week) given to a promising up-and-coming Canadian designer. Although Nguyen appreciated the honour, so far it has resulted in great press clippings but little else. “It didn’t change anything—I just got a free fashion show,” he writes in an email. Nguyen used to sell his line in stores, but he doesn’t anymore. “I stopped doing retail two years ago, since nobody wants to buy luxury by Canadian designers. I do have a few specialty stores [who contact] me after every fashion show asking for ‘collaboration.’ I know the song—it means they want [to sell my clothes on] consignment [the practice of retailers paying designers only if their pieces sell]. I thought the buzz would [lead to] a capsule collection with a big retailer, but nothing so far.”

Jarrad Clark, director of global production at IMG Fashion Events and Properties, which organizes World MasterCard Fashion Week, says that to be successful, designers must learn the “business of fashion”: how to price, market and promote their lines. “The long-term and financial success of a brand isn’t something that is created overnight,” he explains, pointing out that the program continues to provide Nguyen with mentoring opportunities. “Success is something that comes with years of continued brand development and hard work.”

FASHION DESIGNERS to watch in 2013

An opportunity to partner with a Canadian retailer came Biddell’s way, but he turned it down when he discovered it would involve his name writ large on the product without any actual compensation. “They said, ‘Think of the PR!’ I got exposure worth $50,000 last year, but that doesn’t pay for fabric.”

Final Canadian designer truths on the next page…

Digital is changing the game. Going forward, Biddell’s strategy is to move business online and cut out the middleman. Increasingly, he is selling pieces based on photographs he posts on Instagram. “My idea is to make the garment, put it online and take orders for it. Cut out the time delay—instead of six months, it’s made to order in four to six weeks. It’s immediate, I’m in control of it and I can actually sell it at a price that people can afford because it’s not being doubled for retail.”

Truth #5
They do it because they love it. To help pay the bills, Biddell takes on costume-design orders for ballet companies and international brands like Stoli vodka. “It’s not the most glamorous thing, but I feel like I have a really great gig as a day job, because it makes people happy and it’s still fashion,” he says. “That is funding my passion and design in-studio.” As he points out, “We don’t always get to do what we want at this level—we do what we have to do to stay afloat.”

Bennett likens having a career in fashion design to striking out for Hollywood. “Think of how many people want to be a movie star and how many actually make it!” she says. “To go into fashion, you have to ask yourself if you’d be happy designing for someone else. If, yes, you really enjoy that craft even if it’s not for your own label, you’re in the right profession. But if you really want to do your own thing, you have to consider the probability of success.” Biddell concurs, adding, with a grin: “I always say that you’d either have to be crazy or really, really love fashion to do this, and I’m not crazy—well, I’m a little bit crazy. But you don’t get up in the morning if you don’t love it.”