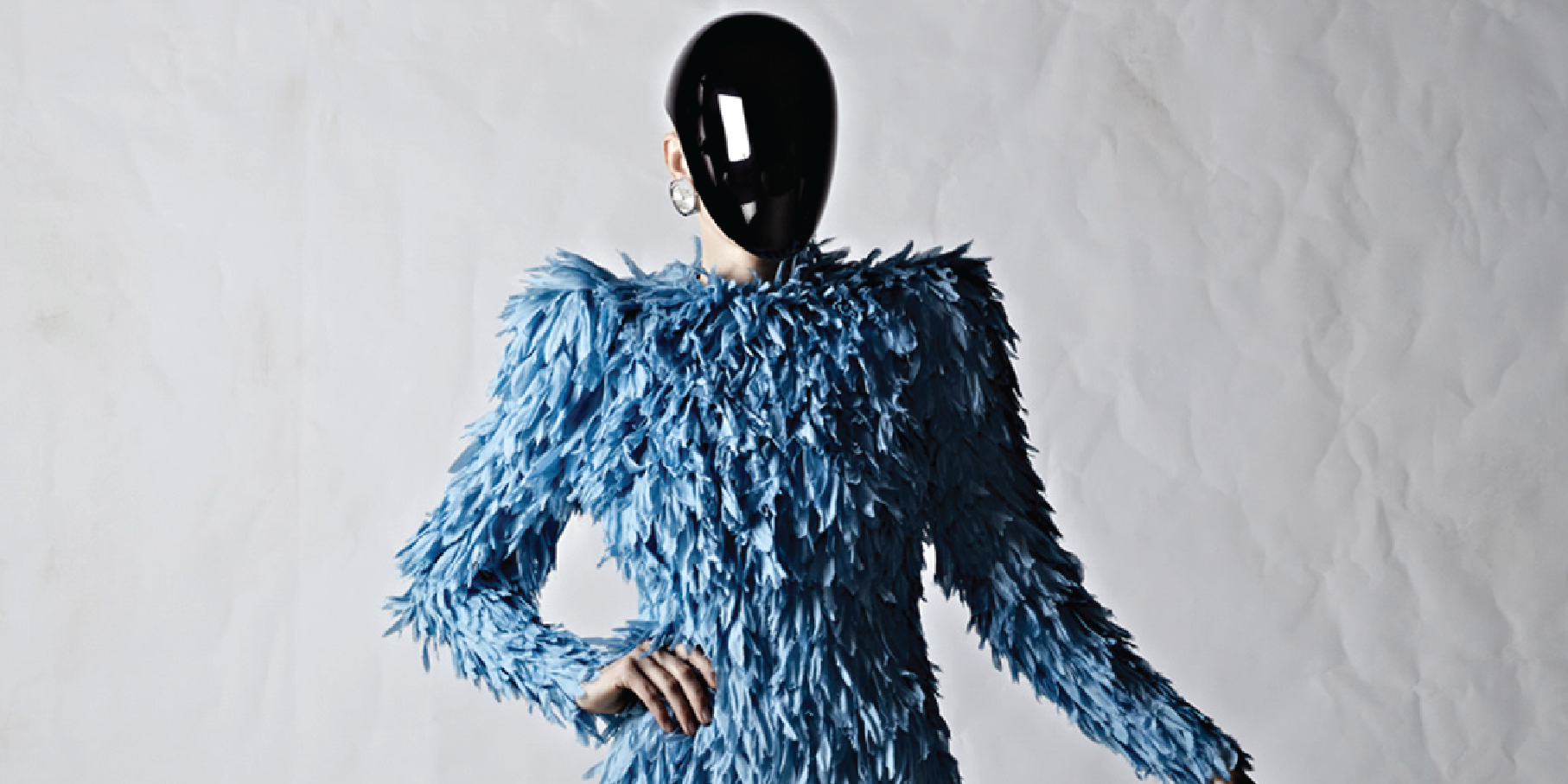 Balenciaga has issued a second statement in an attempt to explain its controversial holiday ad campaign that depicted children holding teddy bears handbags adorned in fetish gear, as thousands of people on TikTok and Twitter call to #cancelBalenciaga.

“We strongly condemn child abuse; it was never our intent to include it in the narrative,” the company wrote.

“Our plush bear bags and the gift collection should have not been featured with children This was a wrong choice by Balenciaga, combined with our failure in assessing and validating images.”

They continued: “The responsibility for this lies with Balenciaga alone.”

The company also addressed the featuring of legal documents from a Supreme Court case that ruled on child pornography laws in a separate ad for Spring 2023. It said the page was provided as a prop from a third party.

“The second, separate campaign for spring 2023, which was meant to replicate a business office environment, included a photo from a page in the background from a Supreme Court ruling ‘United States v. Williams’ 2008 which confirms as illegal and not protected by freedom of speech the promotion of child pornography.”

“All the items included in this shooting were provided by third parties that confirmed in writing that these props were fake office documents. They turned out to be [real legal] papers most likely coming from the filming of a television drama.”

The brand added that it has now filed an official complaint with the third party provider over this, and it is also “revising” its organization structure.

“We are closely revising our organization and collective ways of working,” Balenciaga wrote. “We are reinforcing the structures around our creative processes and validation steps. We want to ensure that new controls mark a pivot and will prevent this from happening again.”

The Gift Shop campaign, lensed by renowned photographer Gabriele Galimberti, was intended to be a statement on the giving and receiving of gifts, inspired by Galimberti’s own “toy story” photography series.

However, the depiction of children holding bears in bondage gear – including harnesses, cuffs and fishnets – earned the ire of the internet.

“We sincerely apologize for any offense our Holiday campaign may have caused,” Balenciaga said in its first statement.

“Our plush bear bags should not have been featured with children in this campaign. We have immediately removed the campaign from all platforms.”

One of Balenciaga’s most vocal allies, Kim Kardashian has also spoken out against the brand, citing that she was “shocked and outraged.”

“I have been quiet for the past few days, not because I haven’t been shocked and outraged by the recent Balenciaga campaigns, but because I wanted an opportunity to speak to their team to understand for myself how this could have happened,” she wrote in an Instagram story.

“As a mother of four, I have been shaken by those disturbing images. The safety of children must be held with the highest regard and anything against it should have no place in our society – period,” she added.

“I appreciate Balenciaga’s removal of the campaigns and apology. In speaking with them, I believe they understand the seriousness of the issue and will take the necessary measures for this to never happen again.”

So, what really did happen? Below, everything to know about the controversy.

Why Is Balenciaga Being “Cancelled?”

On TikTok alone, the hashtag #cancelbalenciaga has over 105k views, with most of them attributed to content creators explaining why the holiday campaign is so deplorable.

But first, some context on the campaign.

In recent years, Balenciaga has become synonymous for unconventional fashion campaigns, whether that be the setting in which the editorial-style advertisement was shot (like Bella Hadid in a penthouse office) or thanks to the brand’s creative casting (see: Kim Kardashian and and Justin Bieber as models.)

This is an approach that mirrors their store concepts, runway shows and even the product range they put out, and it’s served them well so far – fashion aggregator and trend forecaster Lyst has listed Balenciaga as one of the top five hottest fashion brands in the world for four consecutive years. Their disruptive model of dressing has propelled the label to a covetable status never seen before.

The brand is also used to courting mild controversy. See: their mud-soaked Summer 23 show (was it high art, or an exact replica of your worst music festival experience?), or casting Selling Sunset villain Christine Quinn in their Haute Couture show. It’s fun, it’s subversive, and most importantly, completely harmless.

However, this Gift Shop campaign was always likely to court the wrong kind of controversy; anything that comes even close to sexualizing children – which clearly wasn’t the intention here, and arguably wasn’t the final product – invites loud, impassioned, and endless backlash.

The campaign was launched earlier this month to support the new line of holiday gifting objects, including Champagne glasses, studded pet bowls, and the teddy bears. Balenciaga tapped photojournalist Gabriel Galimberti to shoot, saying that the campaign “iterates on the artist’s series ‘Toy Stories’, an exploration of what people collect and receive as gifts“. 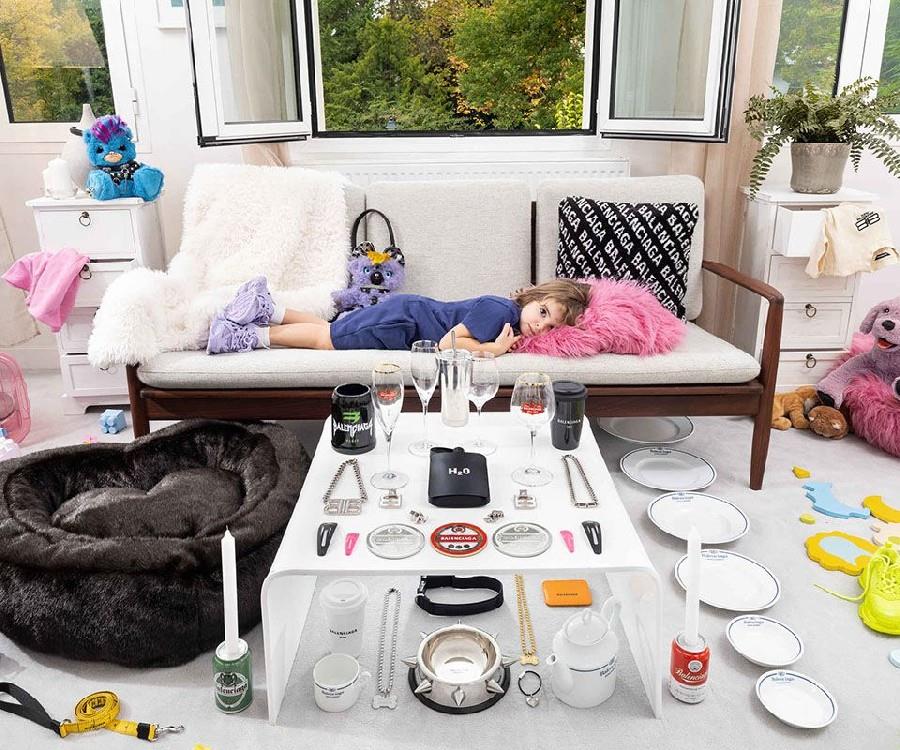 This is criminal & sick. Sexualizing children must be a redline. @KimKardashian – speak out now. pic.twitter.com/lNIdywunlY

Of course, that’s not the full story.

Not exactly. First of all, the document in question doesn’t feature in the campaign. It’s actually from an earlier Balenciaga campaign from Spring 2023, from the brand’s collaboration with Adidas.

Specifically, it’s from a 2008 Supreme Court ruling that upheld penalties for the sexual exploitation of children and other forms of child abuse – not exactly the slam dunk TikTok and Twitter users are claiming it is, but weird nonetheless.

Balenciaga has issued a statement advising they did not approve the document and is now pursuing legal action.

“We apologize for displaying unsettling documents in our campaign,” the brand said in a separate Instagram story.

“We take this matter very seriously and are taking legal action against the parties responsible for creating the set and including unapproved items for our Spring 2023 campaign photoshoot. We strongly condemn abuse of children in any form. We stand for children safety and well-being.” 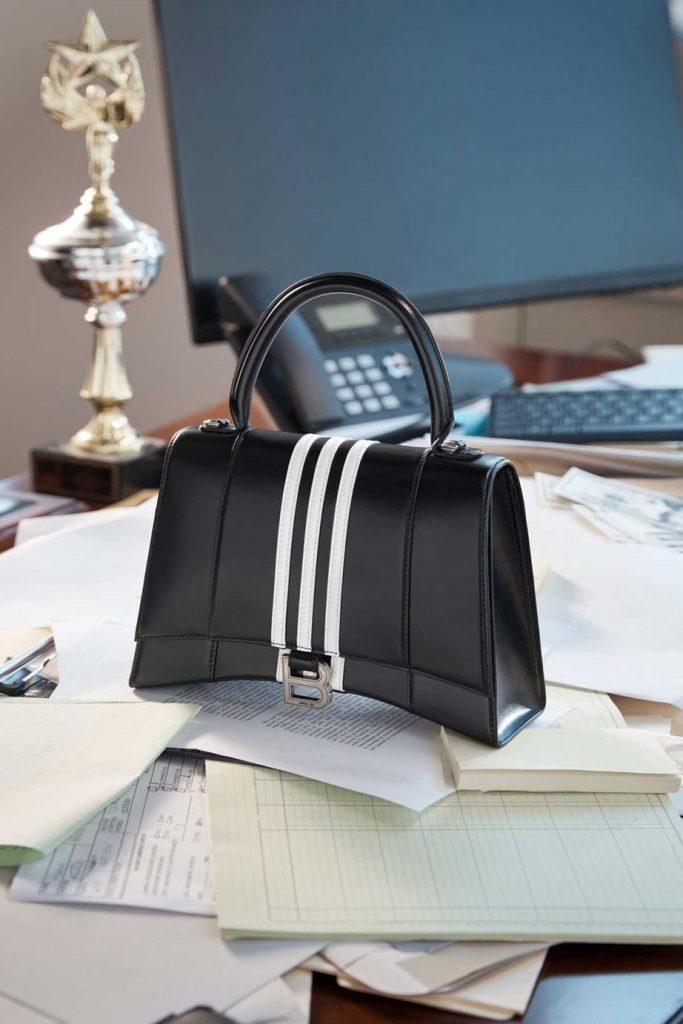 Did Balenciaga Actually Delete Their Social Media Because Of The Controversy?

Another element that has contributed to the “cancelling” of Balenciaga is the claims that following the backlash the brand deleted their social media account.

This, however, is categorically false and has no correlation to the release of the campaigns.

Balenciaga first wiped their Instagram feed clean in July of 2021 ahead of the brand’s monumental 50th Haute Couture show. Speaking to British Vogue, Demna explained that he perceives social media as “boring.”

“It was indeed a sort of comment on social media culture and how it makes everything look and thrive to be the same,” he said about the brands departure.

“I think social media is boring, and dangerously addictive for some, as well as super manipulative. We need to find new ways of using it that is less harmful for society.”

As for his absence on Twitter? Sure Balenciaga was one of the first major fashion labels to leave the platform after Elon Musk’s acquisition, however it wasn’t one that reflected the backlash to the Gift Shop campaign.

All that currently remains on Balenciaga’s Instagram accounts is their new Garde-Robe campaign, featuring, rather unexpectedly, Nicole Kidman.

The campaign sees the models “surrounded by workday paraphernalia” including piles of papers—we wonder if TikTok will pay as much attention to these as they did to Balenciaga’s other campaigns.

Either way, just don’t be surprised if this content is here one day and gone the next.

Gabriele Galimberto: “I Have No Connection With The [Adidas] Photo”

Gabriele Galimberti has spoken out about the backlash, reiterating that he was not involved in the Adidas campaign where the Supreme Court documents appear — and explaining that as the photographer on the Gift Shop campaign, he was instructed to take the shots in his signature style.

“Following the hundreds of hate mails and messages I received as a result of the photos I took for the Balenciaga campaign, I feel compelled to make this statement,” he said on Instagram.

On his Instagram stories, Galimberti appeared to react to the firestorm this controversy has created around him, where his work is being incorrectly linked with a different campaign altogether.

“Finally somebody is telling the truth,” he said, linking to a Daily Mail interview with the father of one of the child models.

The father, who chose to remain anonymous, told the Daily Mail that the shoot had been taken “totally out of context”.

“No parent would actively encourage the child to take part in something which was pornographic, and I think the publicity surrounding what happened has been blown out of all proportion,” he told the publication.

However, there are far more people who disagree with the father, who are calling out a perceived double standards after the brand ended its relationship with Kanye West over his anti-Semitic statements. (It should be noted that it’s become a bit of a culture war topic — some of the top tweets are linking the Balenciaga campaigns to the false right-wing talking point of LGBTQ+ people “grooming” children or, somewhat bafflingly, Elon Musk buying Twitter.)

Wait, shouldn’t balenciaga have their bank accounts closed, get banned on social media, stores temporarily shut down, and all celebrities condemn them first?

Or is that only for black artist and athletes?

Journalism is dead and these people are evil.

Balenciaga severed their ties with @kanyewest due to a tweet.

Yet they expect us to just “accept their apology” after they get caught up sexualizing children?

As previously mentioned, Kim Kardashian has weighed in on the situation, citing her disgust and outrage while simultaneously confirming that Balenciaga are taking steps to ensure that this situation will not happen again.

“I appreciate Balenciaga’s removal of the campaigns and apology. In speaking with them, I believe they understand the seriousness of the issue and will take the necessary measures for this to never happen again,” she wrote.

See her full statement below: 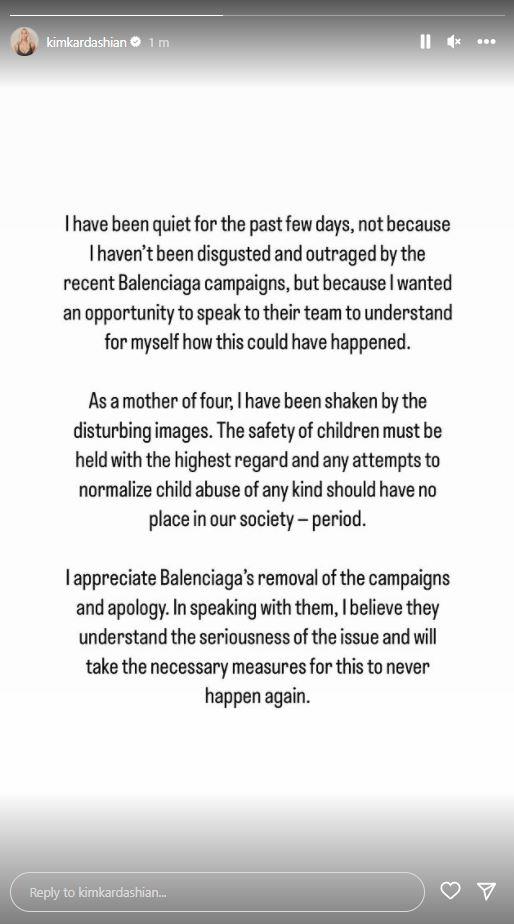 As the self proclaimed Balenci-barbie, this statement is surely enough to satisfy critics who have relentlessly called on the reality star to address the campaign.

However for many, they’re not satisfied with Kim’s response. Instead calling for her to renounce the brand and sever all connections with the brand. Thankfully for those concernd parties, Kim also addressed that in a secondary statement.

“As for my future with Balenciaga, I am currently re-evaluating my relationship with the brand, basing it off their willingness to accept accountability for something that should have never happened to being with – and the actions I am expecting to see them take to protect children,” she said.

As we know, Balenciaga has denied that these elements of the campaign were unintentional and have placed the blame on “parties responsible for creating the set and including unapproved items.”

We’ll be keeping our eye on the ground to see if Balenciaga lives up to Kim’s demands.

Read more:
Is Fashion Coming of Age?
What Does Glamour Look Like in 2022?
The Power Suit in 10 Statement Pieces