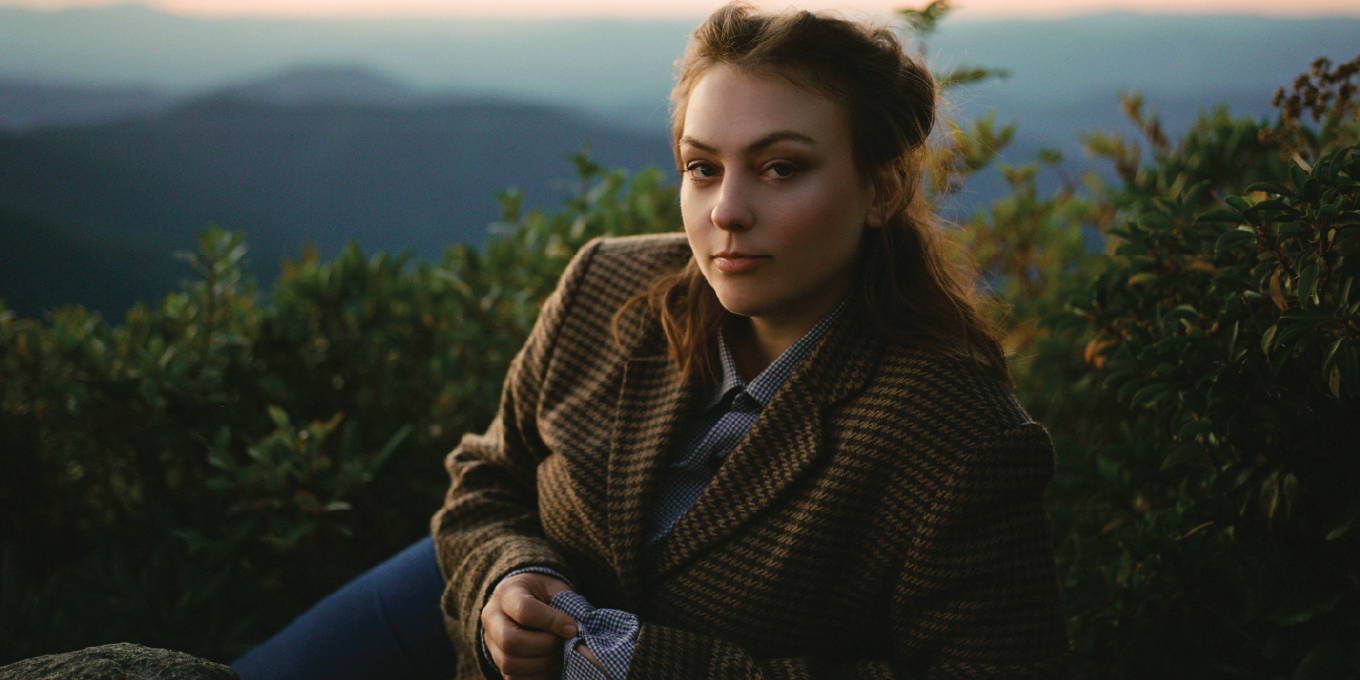 Chicago’s DIY venues were the go-to haunts of indie-rock singer-songwriter Angel Olsen before she started winning Libera Awards the world’s largest independent music awards—and playing big events like the Pitchfork Music Festival. She started out recording on cassette tapes, and now the musician, who was born in St. Louis, Mo., and is based in Asheville, N.C., is going on an international tour—including two nights at Toronto’s Massey Hall in August with two other rising songstresses, Sharon Van Etten and Julien Baker.

On her sixth and most recent album, Big Time (out June 3), Olsen expands her dark and dreamy indie-pop style in a new direction. After avoiding putting out a country album for 10 years, here she is singing against a backdrop of the kind of mournful guitars that are telltale markers of the genre, often letting her lyrics and wide-ranging, expressive but always grounded vocals do a lot of the talking. While creating the album, Olsen listened to plenty of Lucinda Williams and Neil Young, and the influence is palpable as she sings about love and the disappointment it can lead to.

Recorded shortly after the successive passings of both of her parents, this record is loaded with grief. But the loss of loved ones isn’t the only type of grief on this album, which was created over the past few years, a time when we were all experiencing the disappearance of everyday certainties. Olsen also grieves the end of her first queer relationship, which she says felt like her first love: “I felt so alone and so betrayed in a way because I thought it was a more vulnerable relationship. But as it turns out, anyone can be an asshole.” Drawing inspiration from real breakups, Olsen picks through the remnants of relationship bullshit while keeping a grounded perspective. “If I write about someone or an experience, it’s usually because I really love them and expect more,” she says. “I also think it’s a huge compliment [to someone] to be like ‘I was inspired by something you did that hurt a lot.’”

The songstress has taken a more pared-back approach on Big Time, doing away with the synths of her past albums in favour of more melancholic twangy guitar and slow-building drums. Though we’ll probably see the musician morph yet again as she eventually turns the page on this chapter, there are some things she’ll keep from this time of huge changes—namely, how she relates to others. “I want the conversation to be better, because we only have so much time,” she says. “I don’t really like small talk. I’m not good at it, and I’m glad.”