The romcom series from Sex and the City scribe Darren Star starts streaming on Netflix on October 2. 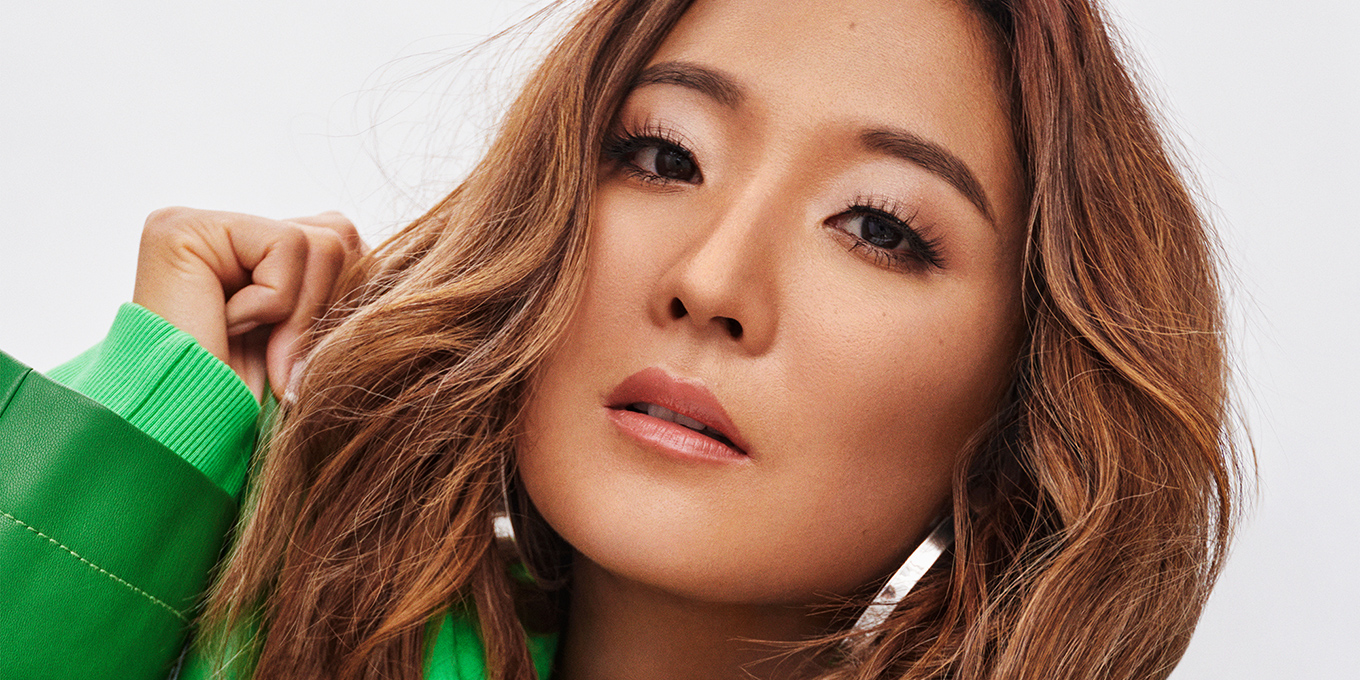 Even in a pre-pandemic world, Emily In Paris – Netflix’s impossibly chic romcom series created by Sex and the City mastermind Darren Star – would have felt like a fantasy. Lily Collins stars as the eager, relentlessly cheerful Emily, a young American who lands a social-media job at a hard-to-impress marketing firm in, well, Paris. She, naturally, bumbles (in both career and love), but she does it all with dreamy Parisian landmarks in the background.

It also helps that Emily quickly makes a charming BFF in Mindy, a Chinese ex-pat with sort-of secret singing aspirations who has cut herself off from her wealthy family, played with incredible warmth by Ashley Park (Mean Girls The Musical, Tales of the City). And for Park, the experience of making the show, which starts streaming on October 2, was just as much of a fairy tale as starting a new life in Paris was for Emily.

As the 29-year-old Tony-nominee tells it, she was prepping for both a Stephen Sondheim tribute concert and a role in a then-upcoming Broadway show. “I was so not in the mindset for an audition,” she tells us over a Zoom call. “But it said it was a Darren Star show starring Lily Collins and I immediately googled it. I was like, ‘Is this actually happening?’ How could I not want to be a part of it?” The icing on top? Star has once again reunited with iconic costume designer Patricia Field, who also worked on SATC. There really wasn’t a question about going.

Fast forward to the audition, Park was frantically studying the scene on the subway ride over – something she normally doesn’t do. “This woman tapped me on the shoulder and was like, ‘I’m so sorry, but I saw what you’re reading. I work for Patricia Field,’” Park recalls of the encounter. “‘All of these Doc Martens are for a fitting for Lily Collins. I am obsessed with the Mindy character. I hope you get it.’ It was such a New York thing.” As fate would have it, prior to approaching the actress, that lovely woman, Erica, had been surreptitiously taking a photo of Park’s outfit as style inspo for the show – for the very role Park would end up being cast in.

It was as if the stars had aligned. But the kismet didn’t end there. Park auditioned with a scene from the pilot, the first time Mindy meets Emily. It comes at a key moment for Emily, who is, understandably feeling a bit lost in a foreign country. But then Mindy appears, fluent in both English and French, welcoming Emily into her new French adventure with unshakeable confidence. “I had memorized it right after reading it because Mindy laid so honestly on my spine. I knew she was similar to me in how I would interact with someone in a lonely situation, and I feel in love with her,” Park says. “In order to be an actor, you have to have tough skin, do your best in an audition and then let it go. But with this one, I called my mom [afterward] and was like, ‘I think I’m going to Paris.’” 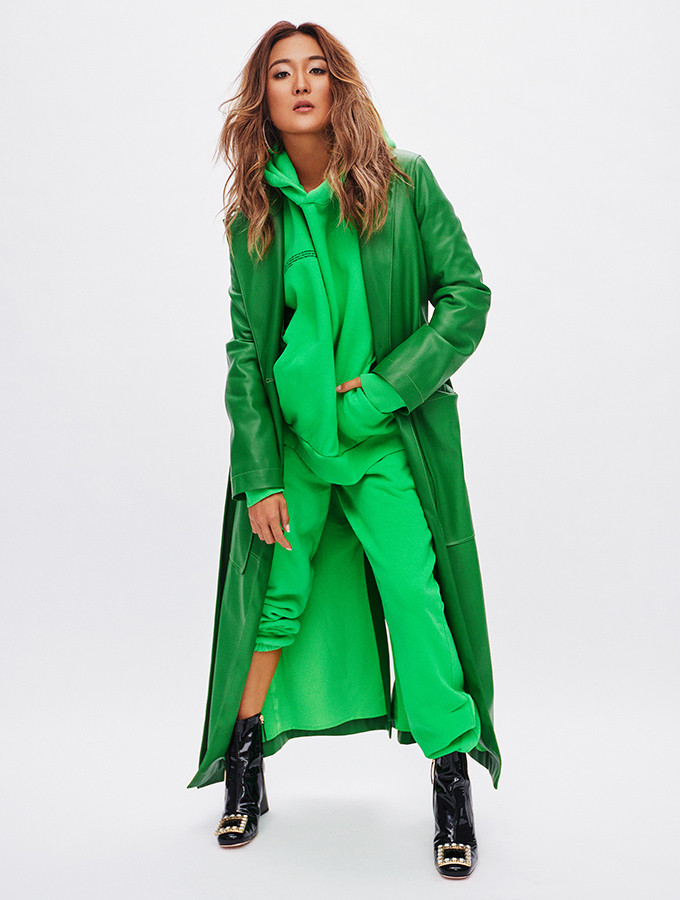 Once on set, the magic didn’t stop. Every mishap Emily goes through on the show, Park – who had never been to Paris prior to filming – says she experienced as well. Embarrassing faux-pas? Check. Stepping in dog poop inconveniently left on the cobblestone? Check. (She insists, however, that her time in France differs from Emily’s in one very different way: Everyone was so much nicer than they are on-screen. The French cast and crew members even acted as her own personal Mindys.) At the risk of sounding too earnest, it was a coming-of-age dream come true. “We grew up watching romcoms. I remember watching 13 Going on 30 or Sex and the City and just being like, ‘Gosh, look at these women,’” Park says, a wistful admiration filling her voice. “Now, here we were filming [in Paris] at some beautiful restaurant, and I felt like I could finally be the version of myself that I wanted to be. I don’t have to pretend anymore or prove to anyone that this is who I am. I just am her.”

Humbled by this magical job in so many ways, but I’m excited to go to work every day because of @lilyjcollins. 💙🌞 the best sancerrely. (life-talks and struts in outfits that Emily/Mindy pull off way better than Lily/Ashley could… @emilyinparis)

Key to it all was her IRL connection with Collins, which seems just as genuine as the on-screen friendship between Emily and Mindy. Collins, of course, was also a new-comer to living in Paris, so they both bonded and grew together while tackling the city and their jobs. Park even reveals that they kept a section in the notes app on their phones of “Ashley-Lily conversations” when they felt their discussions would also resonate with their on-screen personas. And, above all, that’s what Park hopes audiences love most about the show – especially now, during a time when we’ve spent months isolated from each other. “A lot of people have been like, ‘Is Mindy going to get a love interest?’ But I love that, this season, her romance is finding this friendship with Emily,” she says. “I remember living vicariously a lot through [shows and movies] when I was growing up and wanting to be like the women I saw. I’m proud of how Mindy and Emily are super smart and supportive of each other and confront life with optimism. I’m excited for people to [see that] and search for that in their own lives.”

It’s Sasha Lane vs. the World in Utopia

The Cast of Netflix’s Ratched Discuss Their Buzzy New Show

The Perfect New Book According to Your Movie/TV Preferences