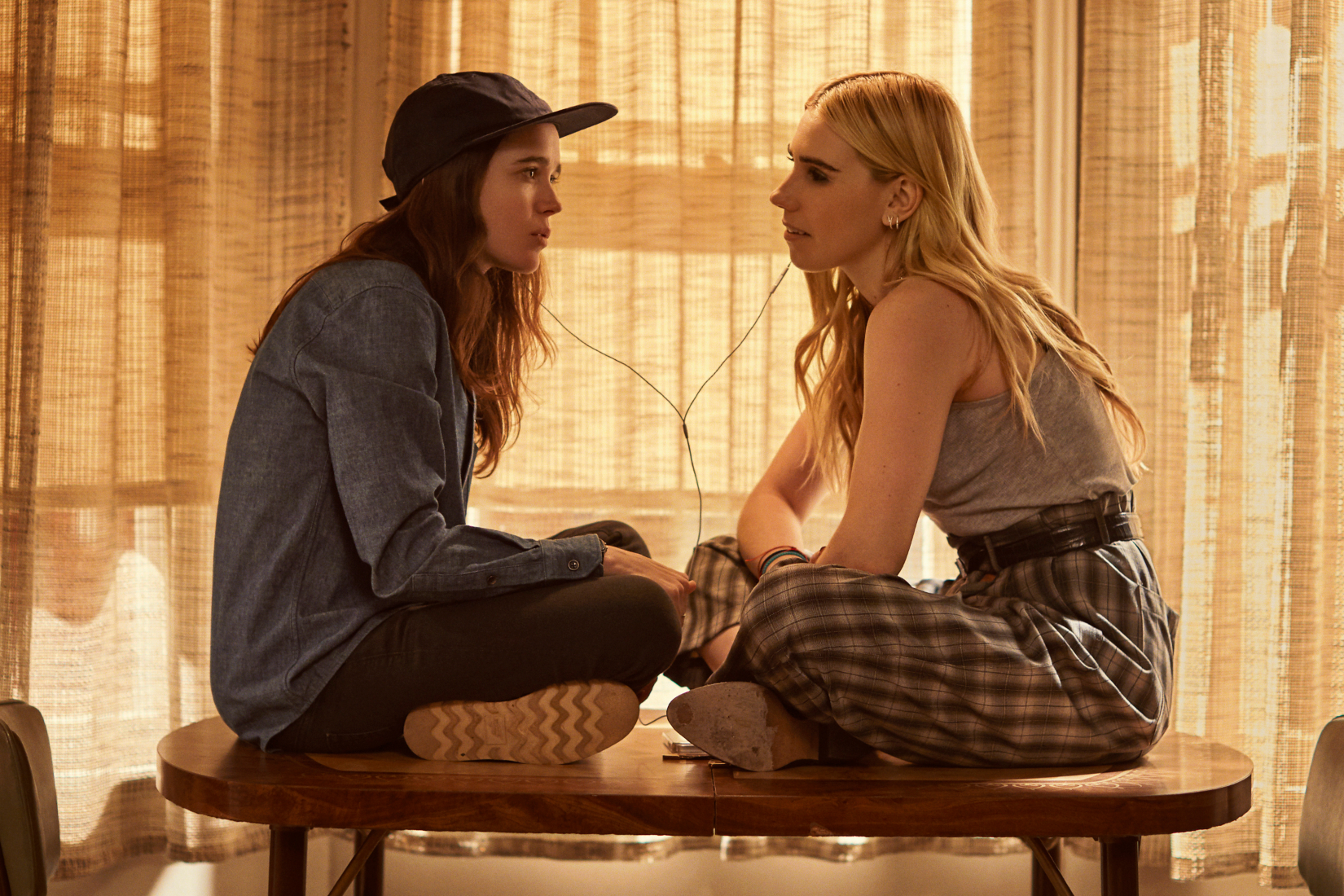 Creating a new chapter in a beloved series is no easy task. When that series is Armistead Maupin’s Tales of the City—a seminal LGBTQ classic spanning four decades, nine groundbreaking novels, multiple radio and musical adaptations and three TV miniseries (the last of which aired in 2001)—it’s probably more than a little daunting.

And while this was true for new showrunner Lauren Morelli (formerly a writer on Orange Is the New Black), she also knew the time was right for more Tales. “We are desperately in need of safe spaces; we need reminders of our inherent kindness and empathy,” Morelli told us while in Toronto for a screening. “It was really healing for me to get to work on [this show] because it’s a place where everyone is accepted, everyone is loved and forgiveness is prioritized. That feels really culturally relevant right now.”

Like in the OG series, Tales of the City follows a group of people living at 28 Barbary Lane. Under the loving guidance of landlady Anna Madrigal (Olympia Dukakis), the apartment complex serves as a safe haven for many in the San Francisco LGBTQ community. For its 2019 debut—dropping on Netflix June 7—Tales expands on its diversity, adding new characters and stars (including Ellen Page, Girls‘ Zosia Mamet, High Maintenance‘s May Hong and non-binary actor Garcia). Morelli also hired an entirely queer writer’s room to work on the series.

We sat down with Morelli to talk about bringing the series to Netflix, how Orange Is the New Black Orange prepared her to run the show and why working on Tales was profound.

How did you come to doing the show—were you a fan of the books or previous adaptations beforehand?

I had no relationship to the books or series, which is very funny because some people are also like, “Yeah, I’ve never heard of it either,” and others think that’s the most insane thing they’ve ever heard. They’d been developing it at Netflix for a couple of years and I got called in to consult on Shawna’s voice [played by Ellen Page]. They really wanted to make sure they were authentically representing a young queer woman, which is very cool. Then I eventually wrote a draft of a pilot and was asked to show run. It sort of went from me never having heard of Tales of the City to it becoming my whole life. I really dove into the deep end and couldn’t believe I’d never encountered it before.

How did it feel to be taking on this new chapter in a series that’s already so beloved?

Well first, it was so amazing to discover the books, to get to voraciously consume them. It was amazing to me how they still feel really informed. I couldn’t believe that in 1978, Armistead [Maupin] was writing queer characters as if it were totally normal [to do]—we still don’t get a lot of that. They still feel so relevant, and the more I learned about Tales and its legacy, the more daunting the task became. I was scared. But I really tried to root myself in Armistead’s voice and his kindness, which helped to ground me.

Watching the show feels like you’re in a such a safe space. How did you recreate that vibe on set?

In the writer’s room, I made sure from the very beginning to just make the lay of the land and say, “This is an intimate, vulnerable space. We’re allowed to disagree with one another, but that has to happen under the umbrella of respect.” And that was certainly the case on set as well. People were also excited to be there, so the safe space almost creates itself. And the cast is so warm and lovely—what you see on screen is 100 percent what you’re seeing off screen. Everyone contributes to [that vibe], like, “Oh my God, can you believe that this is work? It’s so fun.”

We wanted to diversify. It felt really important to show a world that looks like the one we live in. We also wanted to expand the world within the LGBTQ community. The ways that we identify and understand ourselves continue to change and evolve and expand, so it felt like there was a lot of room for what the queer experience looks and feels like to someone who’s 22 versus someone who’s 62.

Your writer’s room was made up entirely of LGBTQ-identifying writers. At what point did you know you wanted to do that?

From the very beginning—it was the first thing I knew. Partially because it’s so rare to have a show with this many queer characters, so even just from a practical standpoint, I wanted to make sure those experiences were being represented in the writer’s room so they could be more authentic and richer. As queer people, we often see ourselves only in relationship to straight people: we’re the gay best friend, the person who’s suffering because of our identity. So to celebrate queerness on every level, starting within that room, felt like a good place to start.

What did it feel like to be writing in that setting and from that more celebratory mindset?

It was profound. It was really healing. The writers just got together again a couple of weeks ago and we were talking about the last day in the room and everybody just cried. I’ve never had that experience before; I’d never been in an only queer space where whatever version of my identity I currently claim was enough. I never had to explain myself in that space. It’s off the table and then you’re free to tell stories.

How did your time as a writer on Orange Is the New Black prepare you for this experience?

I mean, Jenji Kohan, my boss on that show, taught be everything I know. She runs an extremely democratic writer’s room, so even when I was what we call a “baby writer,” I never felt like my voice mattered less than somebody else, which was ultimately very empowering. She also gives you so much autonomy. Jenji always treated me like I could handle it, so that sort of means you have to hit the ground running. I still have a lot to learn, but I felt more prepared than I might’ve been otherwise.

How do you hope people feel when they watch the show?

I hope they feel like they found a new family.