Don't Look Up : Everything We Know About Netflix's Star-Studded Film 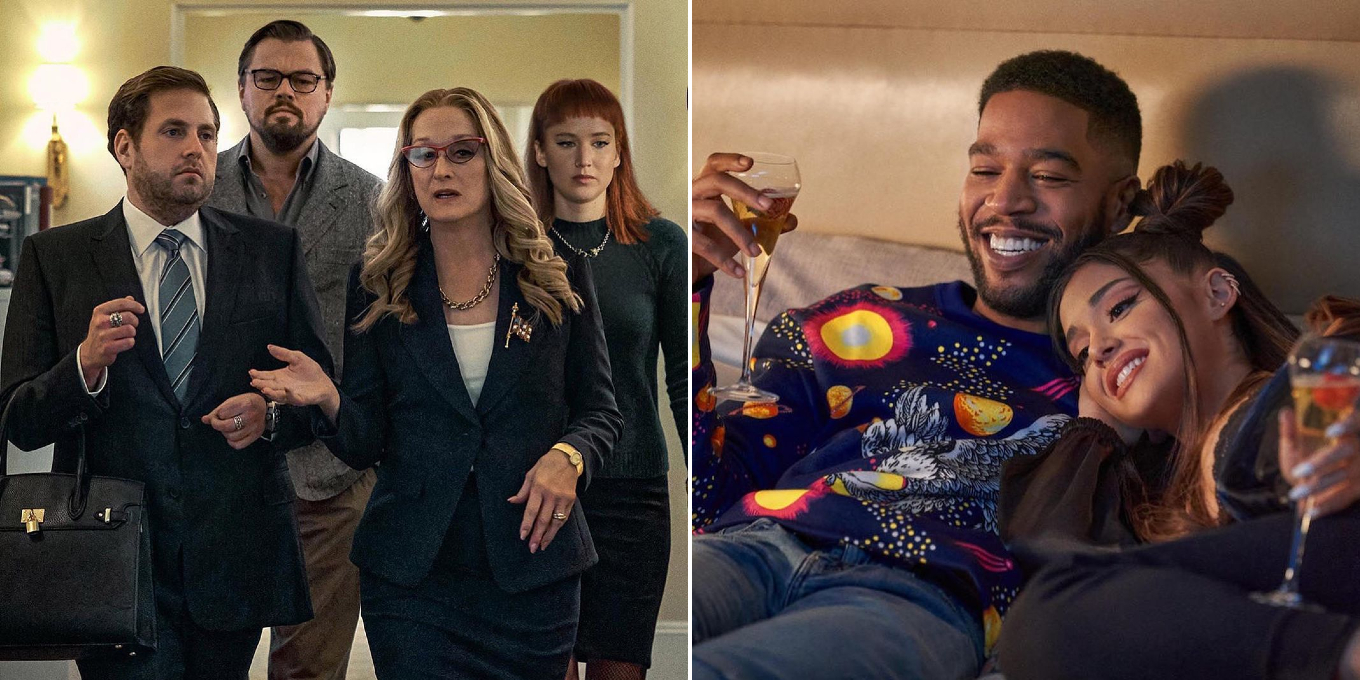 Something big is coming. For us, it’s Don’t Look Up, the Adam McKay comedy that’s chock-full of celebrities ranging from Meryl Streep to Ariana Grande. For the characters in the film, it’s the massive comet headed for Earth, threatening to destroy the planet. It’s up to an astronomy grad student and her professor (played by Jennifer Lawrence and Leonardo DiCaprio, respectively) to warn the world of the looming danger in a giant media tour—but no one seems to care.

Here’s what to know about the movie.

When does it come out?

Brace yourself for a seemingly never-ending list of A-listers. The cast includes:

Plus, Chris Evans has “a little cameo in the movie,” director Adam McKay teased to Entertainment Weekly.

McKay (The Big Short, Anchorman, Step Brothers) helmed the film and wrote the screenplay. He created the story with journalist David Sirota.

The filmmaker was eager to work with Lawrence. He told EW, “I’ve been a giant fan [of hers] since she first came on the scene and she just straight up makes me laugh. So I wrote this role for her. She was the first actor in.”

What is the movie about?

Here’s the official synopsis, per Netflix:

“Kate Dibiasky (Jennifer Lawrence), an astronomy grad student, and her professor Dr. Randall Mindy (Leonardo DiCaprio) make an astounding discovery of a comet orbiting within the solar system. The problem — it’s on a direct collision course with Earth. The other problem? No one really seems to care. Turns out warning mankind about a planet-killer the size of Mount Everest is an inconvenient fact to navigate. With the help of Dr. Oglethorpe (Rob Morgan), Kate and Randall embark on a media tour that takes them from the office of an indifferent President Orlean (Meryl Streep) and her sycophantic son and Chief of Staff, Jason (Jonah Hill), to the airwaves of The Daily Rip, an upbeat morning show hosted by Brie (Cate Blanchett) and Jack (Tyler Perry). With only six months until the comet makes impact, managing the 24-hour news cycle and gaining the attention of the social media obsessed public before it’s too late proves shockingly comical — what will it take to get the world to just look up?!”

DiCaprio, a devoted climate activist, told EW that the script and the film’s environmental themes lured him in. “I knew when I read his script that it was incredibly unique, as it struck an important chord concerning the modern world we live in,” the Oscar winner told the outlet. “Adam has woven an incredibly timely message about society, how we communicate, our current priorities, and the climate crisis into an absurdly funny yet important movie.”

Can I see a preview?

Of course! Watch the suspenseful (and chaotic) teaser trailer above.