Lili Reinhart on Chemical Hearts and Doing Her Own Makeup 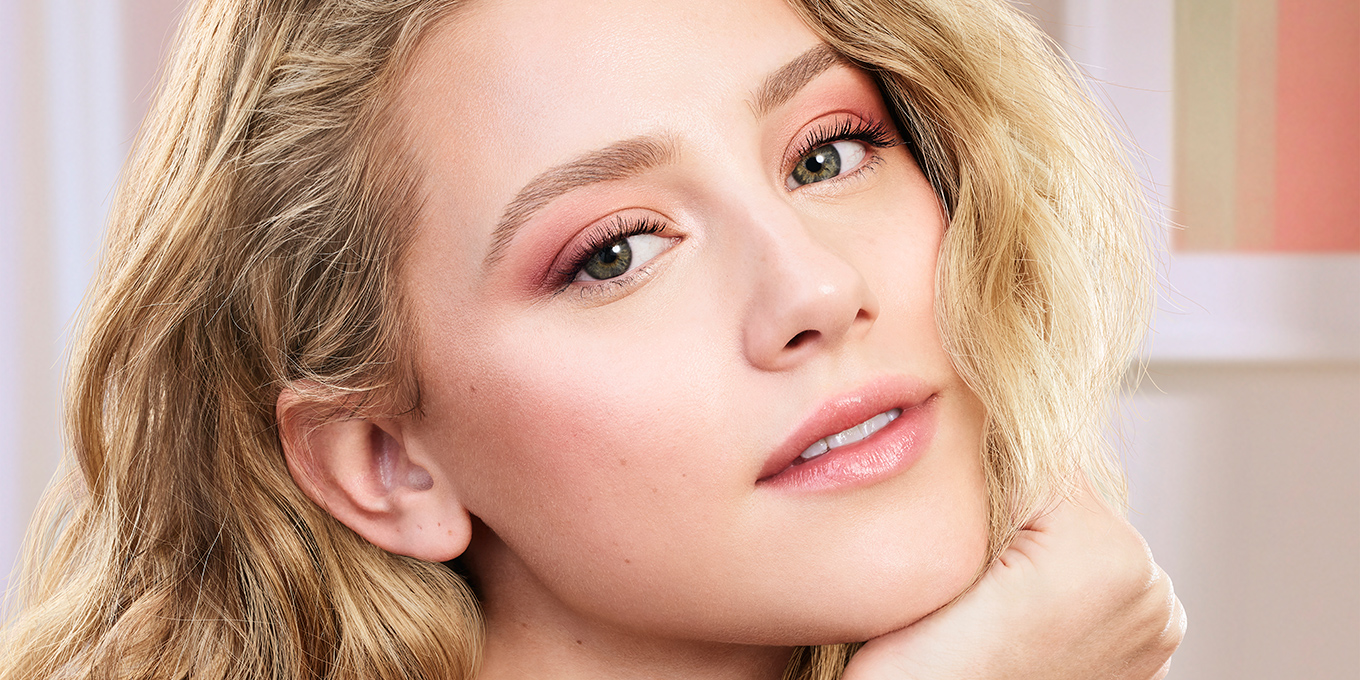 “I have a journal that I get my everyday life thoughts out on – things that are bouncing around in my head,” says Lili Reinhart. The 23-year-old Riverdale star and CoverGirl ambassador, who we reach by phone in Los Angeles, California in early June, is telling us about her writing process for Swimming Lessons, her poetry collection set to be released in the fall. Presumably, there’s a lot of writing going on right now. The actress has been a vocal supporter of Black Lives Matter and anti-Black racism protests, hosting Instagram Lives discussing the global civil-rights movement with guests on her profile. Earlier this month, she came out to fans as a “proud bisexual woman.” Here, she tells us about living through the pandemic, why she always does her own makeup on set and what’s special about her upcoming film, Chemical Hearts, out on Amazon Prime Video later this summer.

On life during the pandemic:

“I have a diary, a little journal, I write in every now and then. When I wrote June 1st, I was like, oh my god, I can’t even believe I’ve been doing nothing for three months. Well not nothing, but I haven’t had my usual work schedule, which is very rare. It’s kind of interesting: I’ve gone through different stages throughout the pandemic. At the beginning, I was not watching any TV. I was just listening to a lot of music and doing a lot of puzzles and painting. Then I started to watch a little bit of reality TV to just fill my brain with nothing, basically. Pure entertainment. Then I moved on to actually watching good solid content, watching movies that I’ve always wanted to watch and haven’t gotten around to yet. I didn’t bake bread like everyone else in the world, but I definitely have used my kitchen a lot. I’ve also ordered in a lot. I’ve eaten a lot of Taco Bell during this pandemic. I can’t wait until workout classes are a thing again, just because that makes me feel healthy. I love a good pilates class so that’s something I’m very much looking forward to.”

On makeup and working with CoverGirl:

“I haven’t been wearing too much makeup during the pandemic, but I also don’t really wear a lot of makeup in general. The Clean Fresh collection is pretty on point with my makeup philosophy. First of all, it’s clean and it’s vegan and that’s pretty amazing. It makes me feel proud to be representing a line that is vegan and cruelty free. A lot of people are paying close attention to what’s in their skincare and it’s nice to know that I’m working with a line and a brand that is on the right track. In the [overall] beauty industry, there’s still a ways to go with a lot of products insofar as animal cruelty and I commend Cover Girl for doing this clean vegan line.

I’m definitely using the CleanFresh Hydrating Concealer. I get weird redness around my nose so I’ll just dab a little bit of concealer around there, if I need it, and under my eyes. I can sleep for fifteen hours and still have dark under eye circles, for whatever reason. Also I get really dry around my eyes. This concealer is really nice, it doesn’t cause any flaking or creasing or anything like that.”

On doing her own makeup on-set:

“It stemmed from me having some bad experiences with makeup artists. I became paranoid and scared. And no one knows your face better than yourself. [Actually] that’s not true, some people hate doing makeup and that’s fine. But since I like makeup and I have an appreciation for it… I’m not the best at it, but I know my face and what works.  The head of makeup for Riverdale is super. She’s totally cool with letting me do my own makeup. It’s therapeutic. I find in the morning, at 6 a.m., it’s almost like a waking up process. I get into the makeup trailer and I don’t have to talk. I’m not a morning person. I can just zone out and still be rubbing the sleep away from my eyes as I’m putting eye shadow on. It’s calming and it’s nice to not have people right up in your space at the beginning of the day. I think that’s what I like about it – that I’m kind of still in my own little bubble in the morning doing my own thing.”

On her upcoming film, Chemical Hearts:

“I’m super excited for Chemical Hearts. It’s kind of like my baby. It’s my first executive producer role. I’m just so passionate about it. I was a part of the process from start to finish – from the first draft to the script to the final edit – and it was such an incredible experience. I had the time of my life filming it and I wish I could do it again, which is, I think, pretty rare for people. It was a lot because it’s raw and very emotional; it took a toll, for sure, emotionally on me, but I also just had the best time and was surrounded by the best people. I’m really, really proud of the movie and just can’t wait for people to see me in a different light.”