"I'll never forget it. Jessica has really taught me, as a young woman, to know my own power." 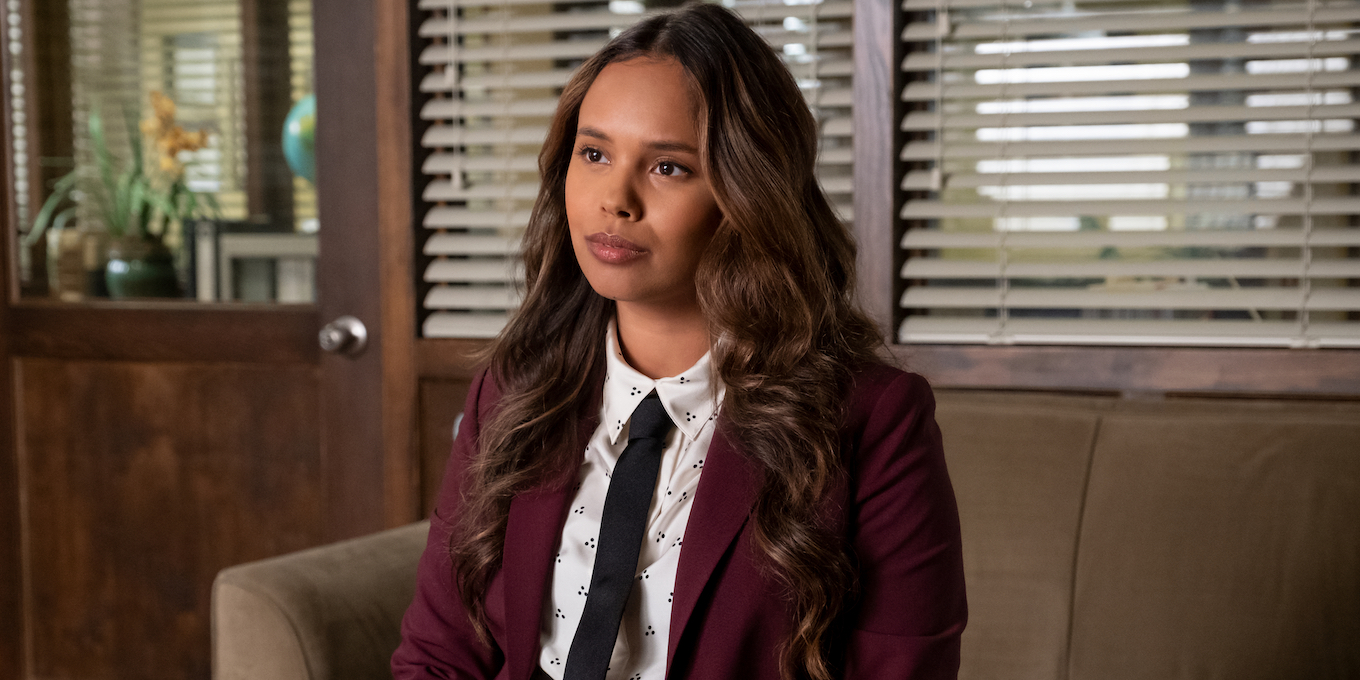 When you spend four seasons playing one character, saying goodbye can be hard. And as the end of filming nears, you may even start to get nostalgic over certain last moments. Just ask Alisha Boe. “It even got to the point where I was like, ‘Oh my god, this is the last time I’ll be applying this type of chapstick that Jessica wears. It got strangely specific,” the actor says of filming the final season of Netflix’s hit teen drama 13 Reasons Why, which is streaming now. “The ‘last’ that hit me the most was my last time driving back home to Los Angeles from [set] in San Francisco. I’d taken that highway so many times over the last four years, so it was really strange for me. I had this tangible thing like, ‘Wow, this is for the last time.’ I cried like a baby, honestly.”

Boe’s big break came from playing Jessica Davis, one of the pivotal players in 13 Reasons Why, whose arc includes navigating her trauma after being sexually assaulted and learning to use her voice to stand up for what she believes in. We caught up with Boe to chat about the final season and what she hopes the show’s legacy will be.

When did you find out that 13 Reasons Why would be ending with season four?

We knew when the third season came out. I kind of knew since the beginning, really, because Brian Yorkey, our showrunner, always said that he had four seasons worth of story to tell. We were all collectively anticipating it. And it makes sense because we were in high school and eventually these kids have to move on. We want to see these kids walk the stage and graduate, which is a strange parallel to the 2020 graduates this year, but hopefully, they can feel some level of connection.

Jessica has gone through a lot over the past four years, and her journey has been quite empowering. What has been your favourite thing about playing her?

Growing with her. I was 19 when we started the first season and now I’m 23. As Jessica was going through high school, I felt like I was going through my college years in a way. I’ve definitely learned a lot through research and have matured by growing with her. I found her very brave and inspiring and, in turn, that helped me become more brave and inspiring in real life. Jessica has given me this amazing platform to listen to people’s stories. And through her, I’ve learned resilience. It’s been such a pleasure to play her. Brian Yorkey gave me such beautiful words to say and beautiful things to do. I’ll never forget it. She’s really taught me, as a young woman, to know my own power.

What has it meant to you to play an empowered young Black woman who uses her voice, and what do you hope it means for viewers?

It’s uplifting to see a young girl unafraid of using her voice and fighting for what she believes in and I hope it inspires other young girls watching. Also, seeing a young Black woman being represented on a TV show set in a high school with a fully rounded storyline is always refreshing. I hope young viewers who identify with Jessica will feel empowered and inspired by her.

And what will you miss most about Jessica and the show in general?

Do you have a favourite Jessica moment?

Jessica has had two pretty big standout moments. You could really see her grow throughout the seasons. There’s the moment in the second season when she was in court and stood up and testified against Bryce Walker. That was a very powerful scene. And then in the third season, she makes a speech in front of two different high schools where she, and other students, stand up and say they were survivors of sexual assault. You really see her step into a leadership role.

During this moment of global protests against anti-Black racism, why has it been important for you to use your platform to speak out?

It’s been incredibly important for me to raise awareness around the Black Lives Matter movement because it is utterly inexcusable that in the year 2020 racism is still a debate. People of colour have faced injustices for so long and have been silenced repeatedly. It’s about time for reparations. Moving through this modern world as a Black woman is not easy. We have to work twice as hard to get half as far. I hope that my future children and future grandchildren and so on will never have to face these types of prejudices and injustices. I’m grateful that people across countries, races and genders are finally listening and learning. It makes me incredibly hopeful for the future. I will always use my social media to raise awareness for causes I believe in.

You’ve talked about previously being afraid to voice an opinion online. How did you overcome that concern?

It was more of an adjustment period for me. Social media has always overwhelmed me and suddenly having something called a “platform” daunted me. It took some time for me to find a balance and to become more comfortable with being so visible online while still being true to myself. When all those insecurities about the online world faded away, I was able to find my voice and not be afraid to use it openly.

The show has obviously gone through its share of controversy, which you’ve talked about plenty. What did you learn from the discussions – about suicide, mental health and more – that have taken place around the series?

Those conversations were all completely warranted. Everybody’s allowed to have their opinions and obviously we talk about controversial topics. What I learned is that as long as I feel like I’m doing something from my heart, and that I’m doing the research, talking to experts and trying to bring as much respect to my character and my storyline, that’s all I can really do as an actor. I believed in this show. [The controversies] never bothered me because at least they were the start of a conversation and a debate, and I don’t think we can learn much without debating.

What do you hope the lasting legacy of 13 Reasons Why is?

I hope that people who watched it and connected with it felt like they weren’t alone in the world. I hope that they saw themselves reflected on the screen and felt that they were able to talk about something, speak up for themselves or reach out for help.

Normal People Is Coming Back

Sofia Carson on Her New Netflix Movie Feel the Beat