Relationships: Is monogamy out of style?

Many women are saying goodbye to monogamy in relationships. And guess what? New research shows that it’s totally natural. 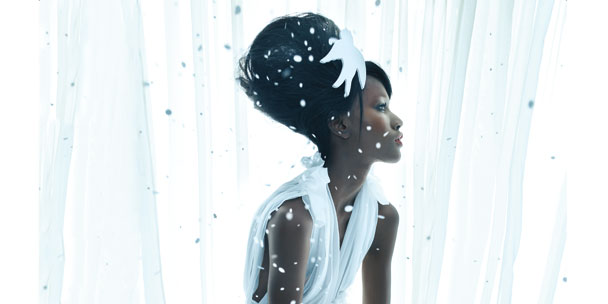 Anyone who has read tabloids or stumbled upon recent
divorce statistics can see that monogamy is not working out for many people. However, recent research shows that our inability to stay faithful might not be our fault.

In their controversial book Sex at Breaking Dawn: the Prehistoric Origins of Modern Sexuality, researchers Christopher Ryan and Cacilda Jetha explain that the reason humans are not good at monogamy is because we were never monogamous creatures to begin with.

For a society that still largely idealizes life-long romantic love, this information may be uncomfortable to hear. However, as fewer couples are getting married and boredom, infidelity and lack of sexual satisfaction are tearing apart seemingly stable marriages, many women have begun to embrace alternatives to the long held norm of monogamy. The idea of non-monogamous relationships are slowly becoming less taboo and spilling over into pop culture.

When asked recently whether she thought traditional relationships were going out style, Cameron Diaz was quoted saying "I do. I think we have to make our own rules. I don’t think we should live our lives in relationships based off of old traditions that don’t suit our world any longer."

In Sex at Breaking Dawn authors Ryan and Jetha present scientific research that shows that humans evolved in egalitarian groups that shared resources, child-care and often sexual partners. Their research concludes that it was once normal for both males and females to have multiple partners.

This research may sound like a convenient way of letting men off the hook for cheating however, it is actually women’s bodies that are most biologically hardwired for multiple partners. Anthropologist Sarah Blaffer Hrdy explains that unlike men, women need prolonged stimulation and are able to have multiple orgasms during sex. This suggests that women evolved to have sex with many different partners, seeking out the next partner to finish what the last one wasn’t able to.

Popular sex columnist Dan Savage explains that the modern concept of monogamy has only been around for about 60 years. In the past, men were not expected to be monogamous and often had extramarital dalliances. Savage says that it’s only recently as relationships have become more egalitarian, that the modern concept of monogamy has emerged: "instead of deciding to allow women to have the same sort of freedom and leeway that men did, we decided to let men have the same limitations." The result is that now many of women are now seeking the same liberties that men were afforded in the past.

Variety is the spice of life

Christine* age 32 has not had a long-term monogamous relationship in several years. She hasn’t met the right person and in the meantime she’s been enjoying the freedom to date multiple guys at the same time. Christine says it’s the variety of dating multiple people that appeals to her: "I love meeting new people. I also enjoy the excitement and unpredictability that comes with dating multiple men at the same time."

When critics suggest that Christine’s revolving dating door must make for a lonely life, she says that in reality, it is quite the contrary: "I love sex. However, I don’t expect the people I sleep with to fulfill all of my emotional needs. I don’t have to be in a relationship to be happy. I have great friends and family – these are the people who complete me."

As Savage notes, "It’s completely natural to be attracted to other people." Because non-monogamy is still taboo, couples often fulfill these natural desires through the destructive act of cheating. Many long-term couples are now opting to be more honest about their needs and are choosing non-monogamy as a way of saving their relationships.

Wendy* and her husband agreed on an open marriage several years ago as a way of helping their relationship. Wendy explains the decision: "I love my husband. However, people have so many different emotional and physical needs. Expecting one person to fulfill all of those needs for you isn’t realistic and puts a huge pressure on the marriage. An open marriage relieves some of this pressure and has allowed us to grow individually and as a couple."

Some would argue that monogamy isn’t going out of style, but people are no longer willing to stay in relationships that don’t satisfy them. People are being more realistic about what makes them happy and are choosing to redefine what monogamy means to them.