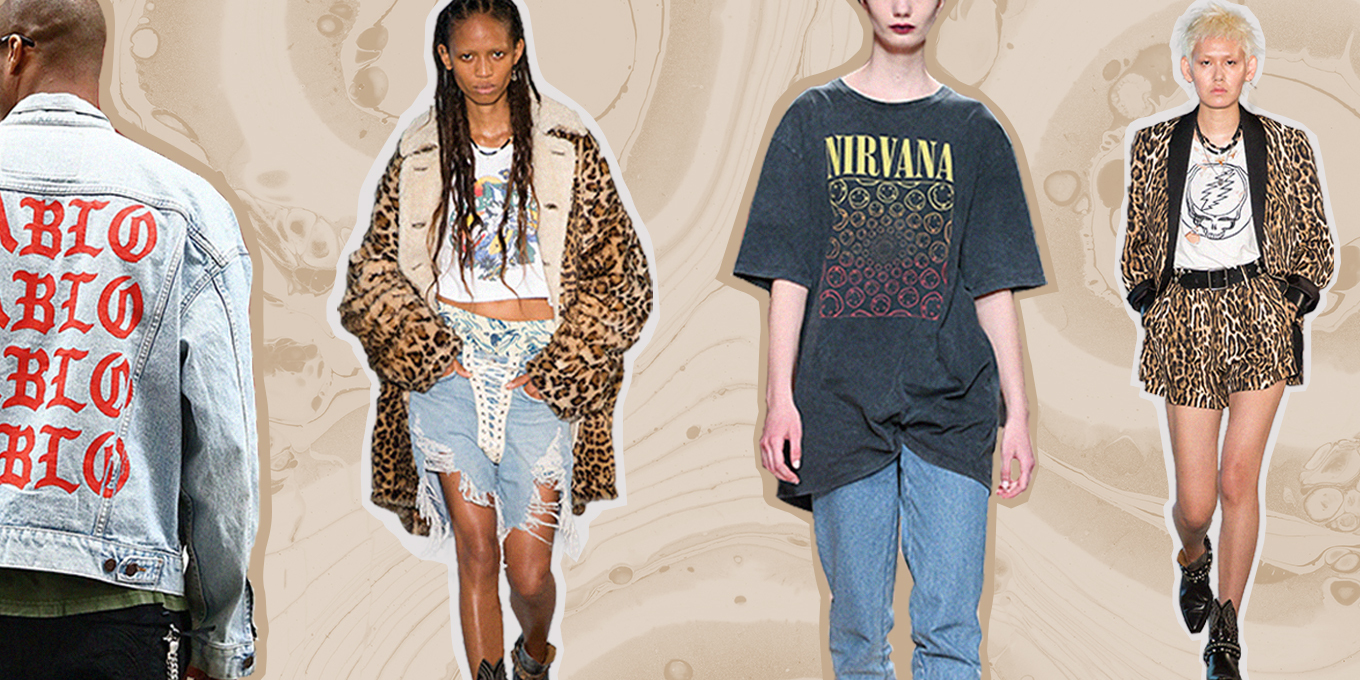 On an unseasonably cold evening last June, Vampire Weekend were gearing up to play their first show in Toronto after a six-year hiatus. My friends and I happily huddled together under the overcast sky, clutching the tickets we’d bought as soon as they’d gone on sale four months earlier. As giant inflatable balls bounced atop the crowd, the night air filled with the sort of magic that only happens when strangers bond over a common playlist. It was the perfect concert, and the shirt I got at the show – a white long-sleeve with blue and green nature-inspired icons from the album art – is a tie to that memory and a now very distant reality.

As COVID-19 makes its way around the world this year, massive arenas and intimate halls alike have fallen silent and major festivals have been postponed or cancelled entirely. Under these circumstances, merch has emerged as the unlikely champion in the industry’s fight to stay alive. In March, online music store Bandcamp waived its revenue share for a day, giving all the profits back to artists and labels. It sold $4.3 million of music and merch in 24 hours – 15 times more than the amount of a usual day. The campaign was so successful that the platform did it a second time, nearly doubling the revenue. Live Nation Entertainment, which operates and promotes 40,000 concerts annually, even launched a dedicated line of apparel in support of behind-the-scenes workers, like touring and venue crews, who have now largely lost their livelihood.

“Under these circumstances, merch has emerged as the unlikely champion in the industry’s fight to stay alive.”

While global acts like Justin Bieber and Billie Eilish have postponed their 2020 tour dates, other artists are trying out live streaming and virtual concerts and even producing full albums in quarantine and dropping merch to commemorate the experiment. In late April, over 27 million people tuned in to watch Travis Scott – or at least a digitized version of him – perform on the popular online game Fortnite. The rapper subsequently came out with not one but three collections to mark the event, complete with T-shirts featuring his 3-D in-game avatar. Charli XCX produced her latest album in six weeks while at home and modelled the merch for that release in her bedroom. And although BTS has put their highly anticipated Map of the Soul world tour on pause, the K-pop group dropped a collection early to appease its devoted fan base, which has bought over $1.1 billion worth of BTS-branded items in just a handful of years.

Merch has long played a vital role in cultivating star power and influence. In the 1950s, Elvis Presley’s enterprising manager turned him into a household name by releasing everything from branded record players to bubble-gum cards. The Beatles followed suit when they stormed pop music, as did rock groups like the Rolling Stones and AC/DC, the latter of which was the first band to earn more money from merch than ticket sales. (A quick search on eBay for vintage concert T-shirts proves that there is still a ravenous appetite for these now collector’s items.)

“A litany of designers have borrowed from the Grateful Dead’s signature psychedelic tie-dye T-shirts.”

When luxury labels started taking their cues from streetwear, concert tees transcended souvenir status and became runway staples. In 2003, Raf Simons devoted an entire collection to the work of Peter Saville, the legendary graphic designer who created album art for bands like New Order and Joy Division, including the ubiquitous black-and- white pulsar radio waves from the latter’s debut record, Unknown Pleasures. A litany of designers have borrowed from the Grateful Dead’s signature psychedelic tie-dye T-shirts: Proenza Schouler released a capsule collection in 2018 featuring the counterculture band’s iconic lightning bolt, and R13 offered a contemporary take on the hippie-chic skull-emblazoned tees the very next year.

According to the international trade organization for licensed products, the global sales of goods based on music properties reached $3.48 billion in 2018. In other words, what began as a simple way to spread the word has become a booming stand-alone business, with collections dropped with as much fanfare – or even more – as the music they accompany. Regardless of the bottom line, these pieces are successful because they create a tangible connection to our favourite musicians, bringing us closer to them and to a community of kindred spirits. That’s why there were snaking overnight lineups for Kanye West’s The Life of Pablo pop-up shop back in 2016 (which he later claimed generated over $1 million in sales in just two days) and why Drake’s OVO empire, which has collaborated with other homegrown icons including Canada Goose and the Toronto Raptors, continues to grow.

I don’t know when I’ll hear live music again or if I’ll ever be as comfortable standing shoulder to shoulder in a large group as I once was. But for now I’m holding on to the memories woven into that Vampire Weekend shirt – dancing with my friends on the damp sand, the buoyant joy of singing along with the crowd, feeling each note reverberate through the air – and for a moment, the things that seem so far away feel a little bit closer.