The best of Rio Fashion Week

The style scene at Rio Fashion Week is as chill and hip as the city itself. We highlight the best moments from the Brazilian city. 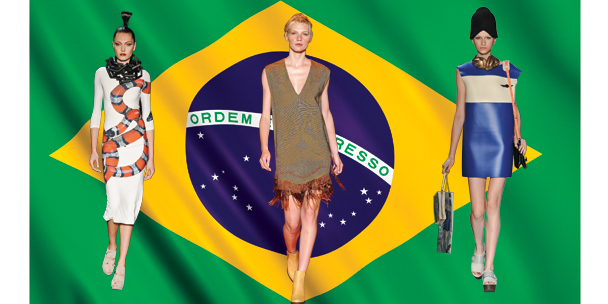 Arriving in Rio after a 15-hour flight I dubbed “the voyage of the crammed,” I was primed for the city’s laid-back fashion week. The mood was definitely chill. “There’s zero fashion pretension,” Oskar Metsavaht told me backstage after his ’60s/futuristic runway romp with his accessories label, New Order. “It’s an easy, happy brand. My design team at Osklen doesn’t have the freedom for creativity because it’s my vision. With New Order, it’s their chance to play.”

Metsavaht added that he has learned a lot about women while working with this diffusion line. “They are more emotional about fashion,” he told me. “If they see something they like, they buy it. Men observe and analyze.” Case in point: When I asked him about the theme for Osklen’s fall/winter collection, he eagerly described his fashion “manifesto.” Inspired by the Rio 20 United Nations Conference on Sustainable Development, Metsavaht designed the collection for “the romantic urban-jungle guerrillas who will be key in saving the earth.” That certainly sounds like a New Order!

Models Daiane Conterato, Aline Weber and Caroline Trentini were on familiar stomping grounds when they hit the Rio runways. “I’m in four shows this year,” said Weber backstage at Coven. “I love coming home—I really miss it here.” Trentini only walked for Cantão, a line she has been associated with for three seasons. “Cantão looks good on all women. You don’t have to be a model.” (But it helps.)

Marina Nery has walked a few shows in Paris, but this was her debut at home. “I’m so happy to be here,” gushed the 17-yearold beauty. “I’m a brunette and they tend to use the blondes and the black girls, so I’m a little proud of myself.” Defining feature? Her ears. “I don’t know if it’s just my ears, but my bookers say people are talking about me. I hope it’s a good thing!”

From A-list arrivals to which model’s to watch, more from Rio Fashion Week on the next page…

STAR POWER
Hollywood A-listers and Euro starlets don’t line the front rows of Rio Fashion Week; these seats are reserved for telenovela characters and sports figures. Streetwear designer Ausländer brought in a little foreign wattage by casting Daisy Lowe (model and daughter of rocker Gavin Rossdale) and UFC fighter Jon “Bones” Jones to be this season’s couple. (Last year, the honour went to Andrej Pejic and Rick “Zombie Boy” Genest.) The black-and-white themed collection was about chilling out after a night of partying by heading to the hills to visit your grandmother. “Lowe represents the night to us; she’s crazy— the Paris Hilton of England,” explained stylist José Camarano. “Jones is all about health and being strong for the night.”

WALTER RODRIGUEZ
The White Ribbon minimalist mindset =
Amish-boho punk “I saw this collection through the same black-and-white lens as the film, but then through my own lens I added the red, orange and blue,” said Rodrigues backstage. “I’ve never been to an Amish colony, but I just love this look. The simplicity of it, the lack of exaggeration and complication.”

ALEXANDRE HERCHCOVITCH
Street-style denim ’70s-scene NYC artists =
Proletariat chic “Fashion, for me, is the same as freedom,” said the famed Paulistano designer backstage. “You can wear whatever you want and mix whatever you want. Fashion has no rules.”

OESTUDIO
Multiple arms twisted fashion conventions =
Human of the future. This experimental line asked 20 designers to play with conventional notions about fashion—which may explain why pockets appeared like mini upside-down T-shirts and several shirts had four arms instead of two. “Our new human is someone who is more in touch; for them, it’s not about having iPhones and tablets—it’s about having relationships.

WHAT WERE THEY THINKING?
The front-row wags “bumped” 2nd Floor to the style basement moments after the first model hit the runway. “Oh dear, hedgehog roadkill!” sighed one. Press material hinted that the collection was an homage to Robin Hood. With its “fun” fur, faux-croc collars and leather-quilted shorts, it’s for urban adventurers with a taste for folkloreinspired synthetic style. 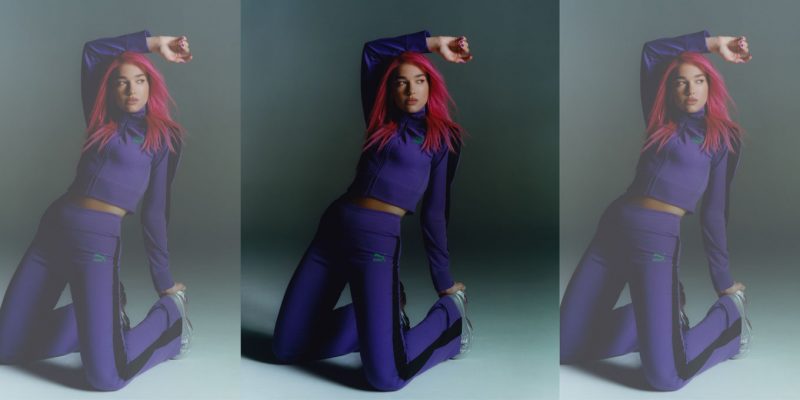