The Canadian designer presents a collection influenced by the unknown. 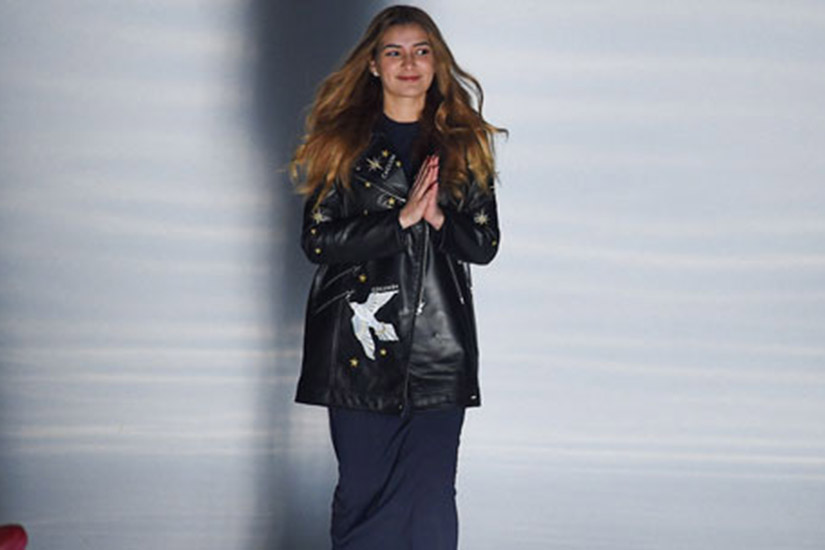 You don’t need to go to New York or Paris to find a designer whose melting-pot background is just as alluring as her out-of-the-box design process. Maram, the Paris-educated, Montreal-based designer hailing from Egypt founded her eponymous label just two seasons ago. To launch her third collection, she decided to dive into runway by presenting at Toronto Fashion Week. We chatted with Maram about her fall 2016 show, astronomy and NASA.

DAYS OF YORE
“This collection was inspired by Ancient Greek astronomy and old Latin poetry, so [the collection] is a bit dreamy, very playful, but still very moody in a way. I was inspired by birds, which I actually took out of a constellation; and all the script [on the clothing] means something: ‘vi et animo’ on the sweatshirt means strength and courage.”

SPACE AGE
“I’m always very drive by the unknown things about life, like space or philosophy, or spirituality; I think that’s very interesting to play around with in fashion.”

ZEITGEIST
“I never look into fashion for inspiration, that was the first thing we learned in school. So it always comes from things that have absolutely nothing to do with fashion.”

PLAYING FAVOURITES
“I would have to say [my favourite piece is] the biker, the short one with the navy blue collar just because it fits so well and it’s a classic piece where you can take off the fur.”

INFLUENCE U
“I’m Egyptian, so I grew up there and studied in Paris. I worked for Zac Posen, I worked for Balmain and then I based my brand in Montreal. So I’ve not done Toronto Fashion Week before, I’ve only done Paris and New York, but I thought it was really important for me to start growing in Canada because that’s where I’m based.”

See all the looks from Maram’s fall 2016 show below.

READ MORE:
It’s all in the lyrics for Ellie Mae
How a designer and music producer made noise at Toronto Fashion Week
Backstage tales from Sid Neigum