For Sid Neigum, buying a snake on Kijiji is all in a day’s work

And other backstage tales from the fashion designer. 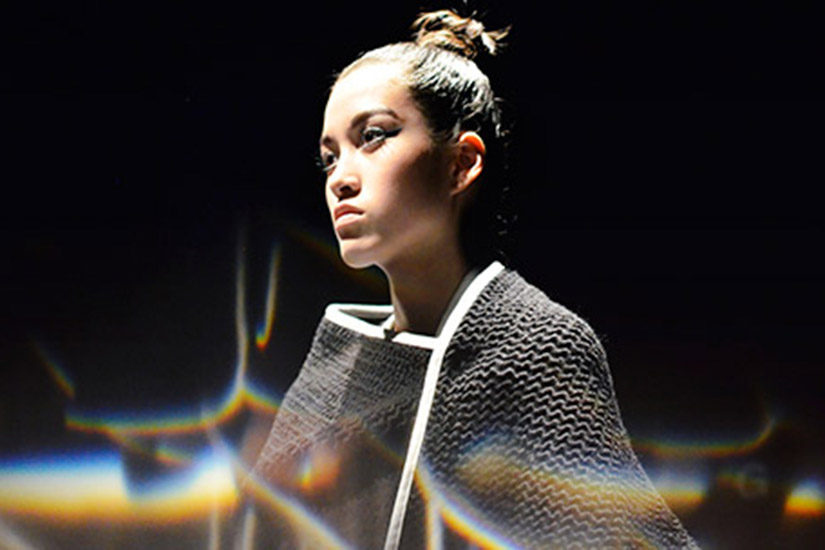 What’s the inspiration behind this season’s collection?

“I wanted to focus on proportions, specifically the Golden Ratio. I wanted to highlight that by trimming everything in a contrast binding to show the line and shape of everything. I constructed the pieces mathematically. For example, I took one side [of the garment] and multiplied it by the golden ratio, which is 1.618, to equal the other side. It’s a continued theme throughout the whole collection, and it made everything cohesive without being obvious.”

And you made a video to go along with the collection.

“Friends of mine have a video production company called Light and Heavy, and they’re really great, they do a lot of music videos. We were trying to draw the similarities between textures, in the video were breaking slate and pounding copper.”

And there was also a snake in the video.

“Yes, a black boa constrictor made a cameo. I had to throw it off me a few times, I could feel it tightening its grip around my arm.”

Was there a handler for the snake?

“No, we bought the snake off Kijiji.”

You bought a snake. On Kijiji.

“Yeah, we were going to rent one, but it would have cost $750 a day to rent a snake. The bought it for like $75 bucks, and they kept it. But the scene where I’m holding the snake in my hands didn’t even make the final cut!”

You just showed at London Fashion Week, what was the most memorable moment from the experience?

“Just before the doors opened there was a moment to breath. All the models were taking position on the platforms and no one was there yet. I finally got to see every look together at once; it’s not often that you get to see all of the models together, unless you’re backstage. It was a moment of clarity.”

See all the looks from Sid Neigum’s Toronto Fashion Week presentation below.

READ MORE:
How an OVO producer and a designer made noise at Toronto Fashion Week
Lucian Matis on his spring 2016 collection