The collaboration between Neenyo and Mikhael Kale is worth a listen. 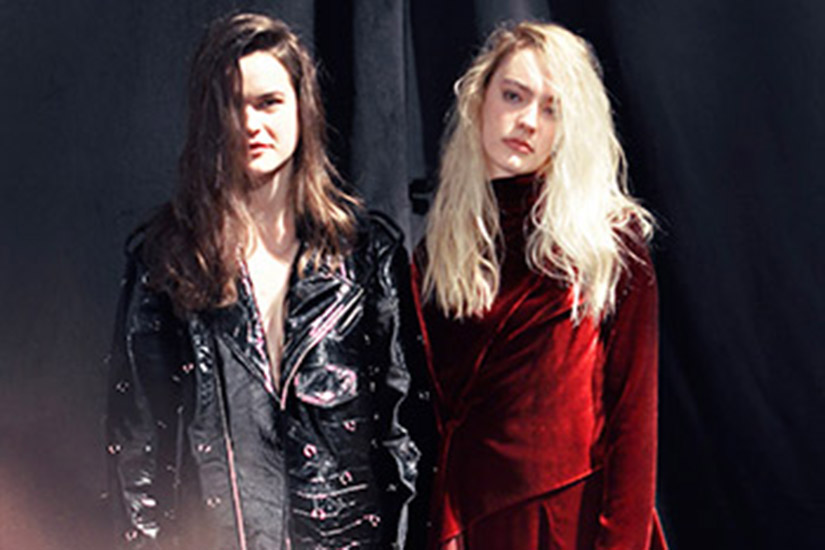 As every designer can attest, it takes an army of collaborators to execute a fashion show. Last night, the outcome of one of the most exciting collaborations in Toronto Fashion Week history unfolded at Mikhael Kale. The designer teamed up with superstar music producer Neenyo (who’s laid tracks for none other than Drake) to mix and create an exclusive soundtrack to play during the runway show. We chatted with the duo about the collab backstage.

How did you discover one another?

Neenyo: “I contacted Mikhael, and he was already listening to my music. I’ve seen his past collections; I think he always has the best show. It takes so many creative people to come together to make a fashion show happen and for me, looking in from my world, I thought, ‘why was no one creating music based off this?’ it seems kind of logical to me.”

Mikhael: “He came to my studio to look at my work, and it was instant. He saw the collection while I was working on it, and it was interesting to get his take on the clothes as everything was still developing.”

So, the collection and the sound were developing together.

Mikhael: “As you know, the boots from the runway were first in the ELLE Canada underwater editorial. I discussed the original ideas with [ELLE Canada’s fashion director] Juliana, and that editorial was one of the first things I showed to Neenyo.”

Neenyo: “That was my first point of reference for the music, actually.”

A photo posted by Chris Nicholls (@chrisnichollsphotography) on Feb 8, 2016 at 5:46am PST

One of the recurring lyrics from the music today was “I’m not looking for love.” How did the clothes inform that lyric?

Neenyo: “I create music off of emotions, and after seeing the early designs as [Mikhael] was putting it all together, that was the emotion I was getting. I saw a lot of piercings and the plastic, and that’s what spoke to me.”

Mikhael: “But in the last portion of that song, it actually flips, and it goes ‘I’m looking for love, I’m looking for love,’ and it’s so beautiful. The process of building a collection is so complex and tiring. As a designer, what you do is crazy. Building garments and having a voice every season and playing with techniques, the pressure you put on yourself – you don’t love it. And then you grow to love it, and that flip is really interesting. “

Would you say that there are some similarities between being a music producer and a fashion designer?

Neenyo: “The other night, it was what, 5 in the morning? Mikhael was sewing and I was there mixing the music, so there are definitely similarities.”

So, where can we hear this music again?

Neenyo: “I just wanted to be in the moment. Even though putting out music is traditionally what I do, I don’t want to strip the music away from this moment. I only want the clothes and the music to live as one.”

Mikhael: “And that’s all part of his genius! I’m so proud to be able to work with someone like this. Neenyo doesn’t play by anyone else’s rules, he’s a brand new voice and he’s unreal. I’m so flattered to have worked with him.”

See all the looks from Mikhael Kale’s show at Toronto Fashion Week below.