Greenpeace just turned 50 and to mark 50 years of hope in action, of ordinary people doing extraordinary things and command the unprecedented change that is needed to save our planet, we are shining a spotlight on the inspiring women behind the revolution. 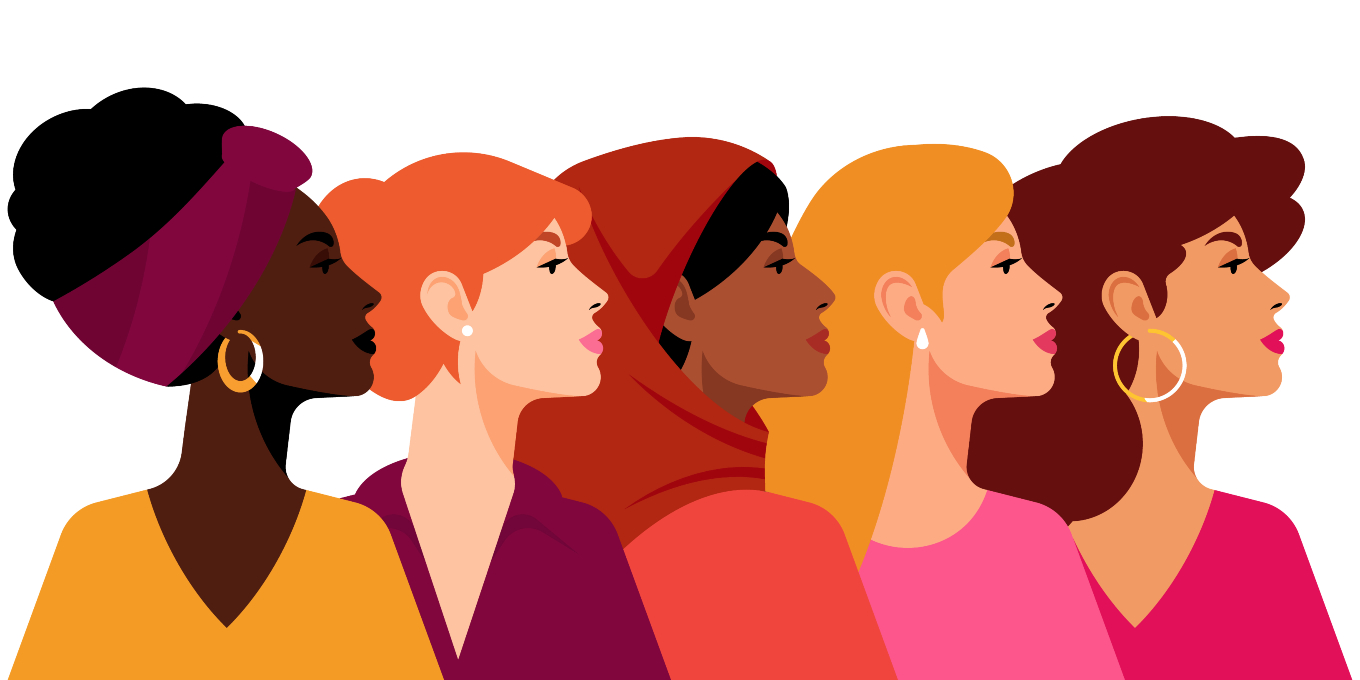 Almost 50 years ago, none of the people who took part in the voyage to protest nuclear testing on Amchitka Island in Alaska imagined that that act of courage would spark a global movement to fight for the protection of our planet. Many were involved in the organizing of that first trip and what would then become what is now Greenpeace.

“Greenpeace was born in the early 1970s, and has changed a lot since then. As a group founded on principles of social and eco-justice, it was important for the organization to learn and develop. Like every other NGO, it struggled internally as women demanded parity. But Greenpeace has evolved. She’s come a long way, and she’s no baby.

In 2021 Greenpeace has staff like Actions Campaigner Nikki Westwood, a 20-year veteran who trains Greenpeacers in nonviolent civil disobedience.

It took a while — it wasn’t until 2018 the organization appointed Hettie Geenen as the first Greenpeace captain. But now, Christy Ferguson heads up Greenpeace Canada, and Jennifer Morgan is sitting in the top job at Greenpeace International in Amsterdam.

Why does gender parity matter? In 2016, I saw why. As children of Greenpeace co-founders Irving and Dorothy Stowe, my brother and I stood in front of a crackling ceremonial fire with other founding families on the floor of the “Big House” in Alert Bay. Greenpeace was renewing ties with this indigenous community. During the first campaign in 1971, as the all-male crew of that first voyage stood where we were standing right now, indigenous women performed a dance encouraging the men to let go of their egos. Now, as Greenpeace International ED Kumi Naidoo introduced Johanna Kerr as ED of Greenpeace Canada, saying she’d fought for women’s rights, a great roar of approval rang out from the women in the stands. It was so loud and long it shook our bodies, and we understood the message. When it comes to justice, you have to walk the talk.”

And today we want to highlight the women who were part of the start of this incredible journey.

Dorothy Stowe would have turned 100 years old last December. She passed away peacefully ten years ago in Vancouver, Canada, where she co-founded Greenpeace with her husband Irving and other pacifists and ecologists.

Dorothy had a big heart and knew how to put hard work into organizing social change. During the early years of Greenpeace, Dorothy served as a stabilizing, inclusive influence, who inspired people to help and made everyone feel valued and essential to the movement. 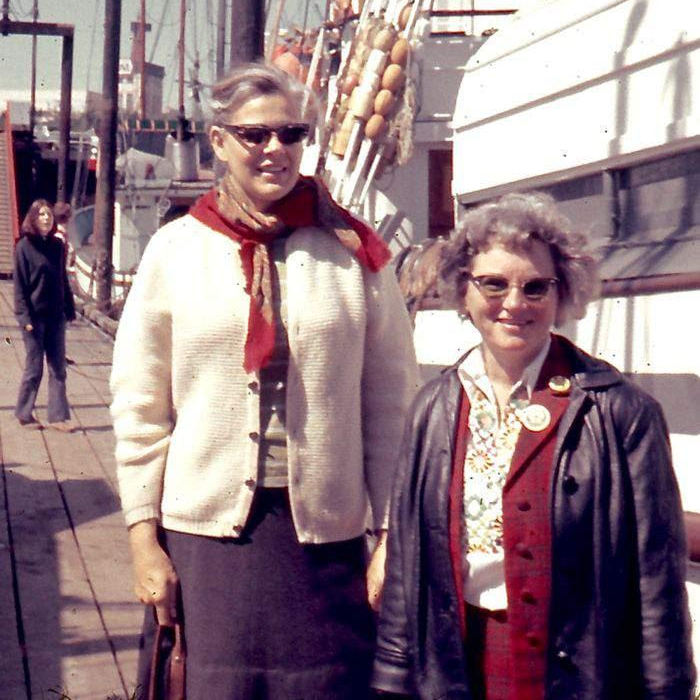 Marie Bohlen was a nature illustrator, a Sierra Club member and a pacifist. She immigrated with her family to Vancouver, Canada in 1967, where they met Dorothy and Irving and co-founded the Don’t Make A Wave Committee, which would later become Greenpeace.

In February 1970, while discussing how to stop US nuclear bomb tests in Alaska, Marie proposed the idea of sailing a boat up to the test site and confronting the bomb. This, of course, became the first Greenpeace campaign. 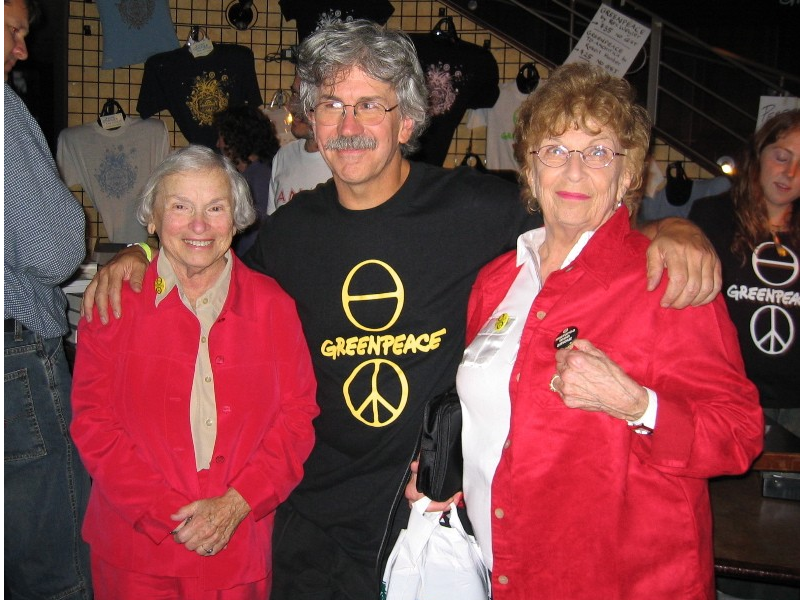 Dorothy Metcalfe had been a reporter at the Winnipeg Tribune in Canada when she met journalist Ben Metcalfe. During the first Greenpeace campaign, she converted her home into a radio room, relaying radio reports from Ben – who was on the Phyllis Cormack – to the world’s media.

When the US delayed the test, and the crew contemplated safe harbour in Kodiak, Alaska, Dorothy encouraged them to push on toward the Aleutian Islands. “The momentum is building,” she advised. Dorothy lobbied Canadian Members of Parliament, which resulted in three motions urging the US to cancel the test. 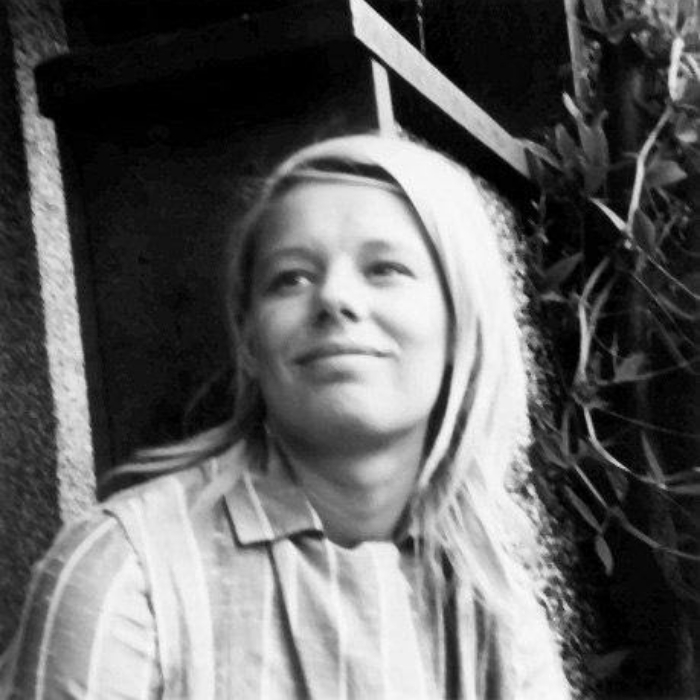 Zoe Hunter was a member of the UK Campaign for Nuclear Disarmament when she met Bob Hunter in London in 1962. She was the one who introduced him to the pacifist work of Bertrand Russell and took him on the 1963 peace march to the Aldermaston nuclear facility, Hunter’s first political protest. Zoe also worked with Dorothy Stowe and Dorothy Metcalfe to provision the first two Greenpeace ships.

We must acknowledge the women who were part of the movement that started Greenpeace back in 1970, whose stories are often overseen. Even though, in the end, the Amchitka voyage carried only men, the endeavor wouldn’t have happened without the women’s influence and on-the-ground support. Bob Hunter, another one of Greenpeace founders later commented that this had been a mistake and that half of the crew should have been women.

How You Can Reduce Your Plastic Waste With This Effortless Switch
8 Small, Daily Changes You Can Make to Reduce Your Ecological Footprint
Understanding Extreme Weather Can Help Soothe Our Eco-Anxiety