How having a heightened awareness of these phenomena can actually help to quell our fears and visualize the concept of environmental threat. 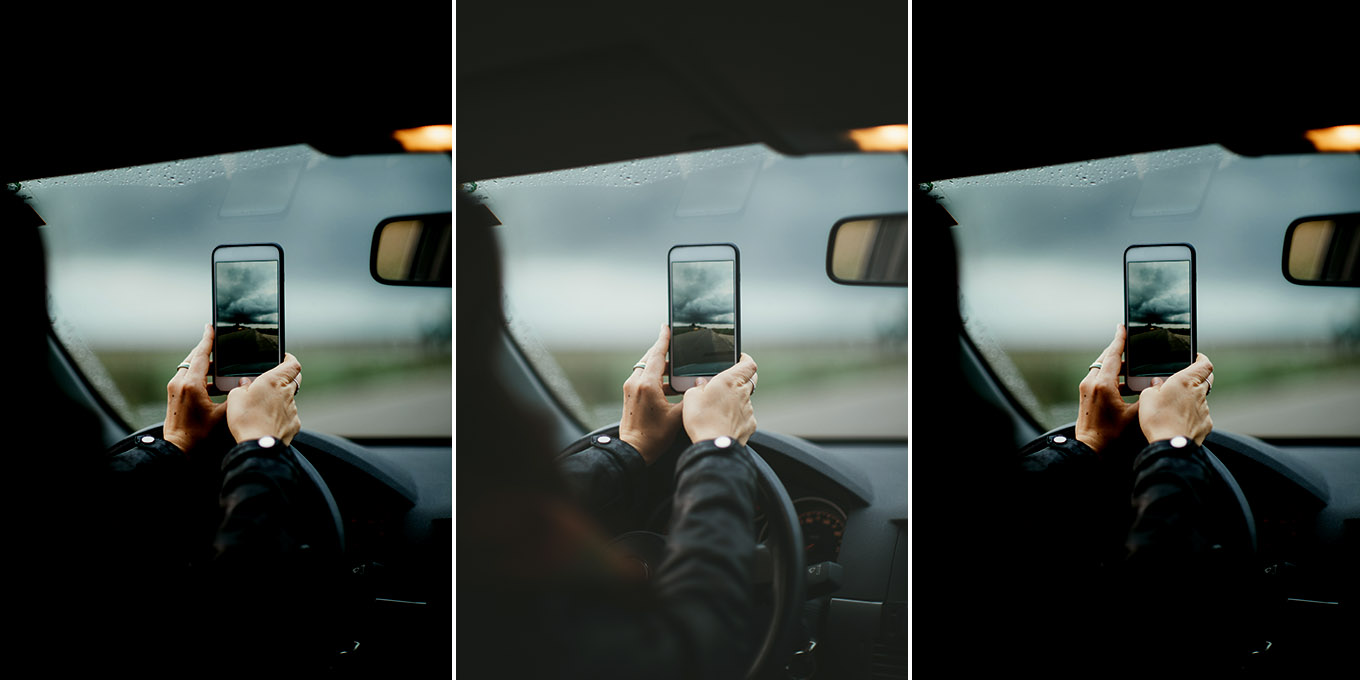 When Beth Allan thinks about one of the most ferocious tornadoes she has ever encountered, she remembers the way the air sizzled as sky-splitting lightning bolts flashed around her. It happened in the Sandhills of Nebraska two years after she started chasing storms. Her Chevrolet Express got stuck attempting to scale a mountain, and she ended up directly in the path of the tornado. Golf-ball-size chunks of ice shattered her van’s windows, and the storm sounded like a roaring waterfall. Now she prefers to watch from a distance, but the experience left its mark. “Standing in front of some of the most powerful natural phenomena and feeling the ground shake because of the thunder and hearing the hail bouncing around in the clouds, you feel this incredible gratitude,” says the Calgary-based high-school counsellor and member of the group Prairie Storm Chasers. “You just get the sense of being really small.”

Allan is also a part of Girls Who Bolt, an organization of women who are united in their efforts to share poster-worthy images of tremendous storms. The group has 50,000 members all over the world, from the U.S. to Croatia. Allan estimates that women make up about half of the hobbyist chasers in Canada—a guess that’s supported by the fact that it’s not uncommon to have weather-reporting teams that are fully staffed by female meteorologists, some of whom also chase storms in their free time.

Photographs and videos capture the most awe-inspiring weather phenomena, like magenta-and eggplant-coloured clouds swirling like cotton candy or a giant funnel cloud winding in the sky before flinging itself down to earth as a tornado. But such images can give the misleading impression that the photographer accidentally stumbled upon a storm at the perfect moment. They belie the hours spent poring over forecasting data and waiting in parking lots and stressful tasks like calculating if you have enough fuel to outrun a supercell (also known as a “rotating thunderstorm”) or making snap navigational decisions with a tornado breathing down your neck. It’s a tedious yet beloved process for those who like to plant themselves in the middle of a storm. “If you’re behind the storm, you’re never going to catch it—you always need to be out in front, making sure you don’t get run over,” says Allan. “It’s called ‘storm chasing,’ but if you’re doing it right, the storm is chasing you.”

Our relationship with storms is ancient and transcendental; they often show up in traditional stories and myths as a physical manifestation of an angry deity. Today, we can name an alternative culprit: According to a report published on the climate-science website Carbon Brief, 68 percent of all extreme- weather events can be linked to climate change. The 2019 white paper “Canada’s Changing Climate Report” also painted an ominous picture of the future, predicting intensified heat waves and an increased frequency of inland flooding and wildfires.

“68 percent of all extreme- weather events can be linked to climate change.”

To say that conversations about climate change are “onerous” is an understatement. Not only is the scale and rate of disruption to the environment often impossible to grasp but few of us have the emotional bandwidth needed to digest these unprecedented harrowing events. In 2017, the American Psychological Association described “eco-anxiety” for the first time. The condition is a persistent worry about environmental damage and the future of the planet, and it’s experienced on a spectrum that ranges from having a preoccupation with taking action to malaise brought on by endless uncertainty to an overwhelming urge to disconnect in the face of existential threat.

Allan, like almost everyone, worries about climate change. But in over a decade of storm chasing, she has noticed that having a heightened awareness of these phenomena has helped her to quell her fears and visualize the concept of environmental threat. “Being around storms has definitely decreased my storm anxiety, which might be a smaller piece of the existential anxiety associated with climate change,” she says. “I think that storm chasing helps put a human face on areas that might be impacted by climate change.” This sentiment is echoed by those who are researching on the front lines. “Sometimes the global picture can feel a bit distant, but I think extreme events can help make it impactful for the individual,” says climate scientist Megan C. Kirchmeier-Young, who researches climate extremes for Environment Canada. “When an issue becomes personal, I think people are more likely to respond to it or take action related to it.”

To be able to get so close to a storm and not feel fearful is empowering. When Allan recalls the act of turning weather into her prey, she remembers not only what she has catalogued in her memory but also the physical sensation. “The body holds those emotions,” she says. “My major drive when chasing storms is to witness what [Irish poet] W. B. Yeats called a ‘terrible beauty.’ Bearing witness to these storms is incomparable to anything else I’ve ever experienced. For me, it’s that feeling of adrenalin—it’s not necessarily happiness or fear; it’s like your heart starts beating harder and you absolutely hold on to that [feeling].”

For most seasoned storm chasers, tracking an extreme weather event involves turning those moments of emotional frenzy into action that increases public safety through minute-to-minute reporting. In Canada, most tornado warnings are generated when someone on the ground calls it in; chasers are often the first to alert Environment Canada and weather stations about a fast-developing storm and deploy follow-up information as it progresses. (Allan refers to this as providing “ground truth.”) And yet taking up storm chasing as a hobby is coded with the privilege of having disposable time and income. She admits that the community is predominantly white. “Something that storm chasers are trying to work on is storm awareness in different communities,” she says.

“It's called storm chasing, but if you're doing it right, the storm is chasing you.”

Community-targeted awareness is crucial since it has become clear that the same oppressive structures that have led to accelerated climate change have also distributed its effects unequally. High-profile disasters like hurricanes Katrina and Maria showed that when extreme-weather events hit communities marginalized by race, class and geography, fragile physical and social infrastructural systems crumble more easily and take longer to recover. “In areas where there’s more poverty, you see way more deaths,” adds Allan. “I think there’s a responsibility for storm chasers to figure out how to equalize the safety opportunities.”

The Prairie Storm Chasers are champions for community-sourced initiatives for dealing with climate change, and they aren’t the only ones. In 2017, the federal government earmarked $31.4 million over five years to implement the Indigenous Community-Based Climate Monitoring Program, which aims to address data gaps and inform green initiatives. To date, the program has resulted in projects like Manitoba’s Dakota Ojibway Tribal Council’s youth-led campaign to support mental-health stability in the face of climate-related emergencies through traditional teachings and family-resiliency plans.

Growing up, Allan was terrified of storms. But once she got the bug, her curiosity started eating away at her intimidation. Without missing a beat, she is able to recall the most breathtaking storm she has ever seen. It was in Alberta in July of 2011, and it moved at a glacial pace from Dogpound toward Innisfail. She describes it as an exquisitely sculpted supercell, with striations that looked like spinning stacks of dinner plates because of rotational winds. “It was just beautiful, and it didn’t injure anyone or anything,” she says. “It was the prettiest storm I’ve ever seen.”

Birth Alerts
This New Cookbook Is Here to Help You Eliminate Kitchen Waste
Movies, Podcasts and Books to Educate Yourself on Climate Change, Sustainability and the Hunger Crisis