'Like so many parents of Black kids…the innocent act of getting a license puts fear in our hearts.' 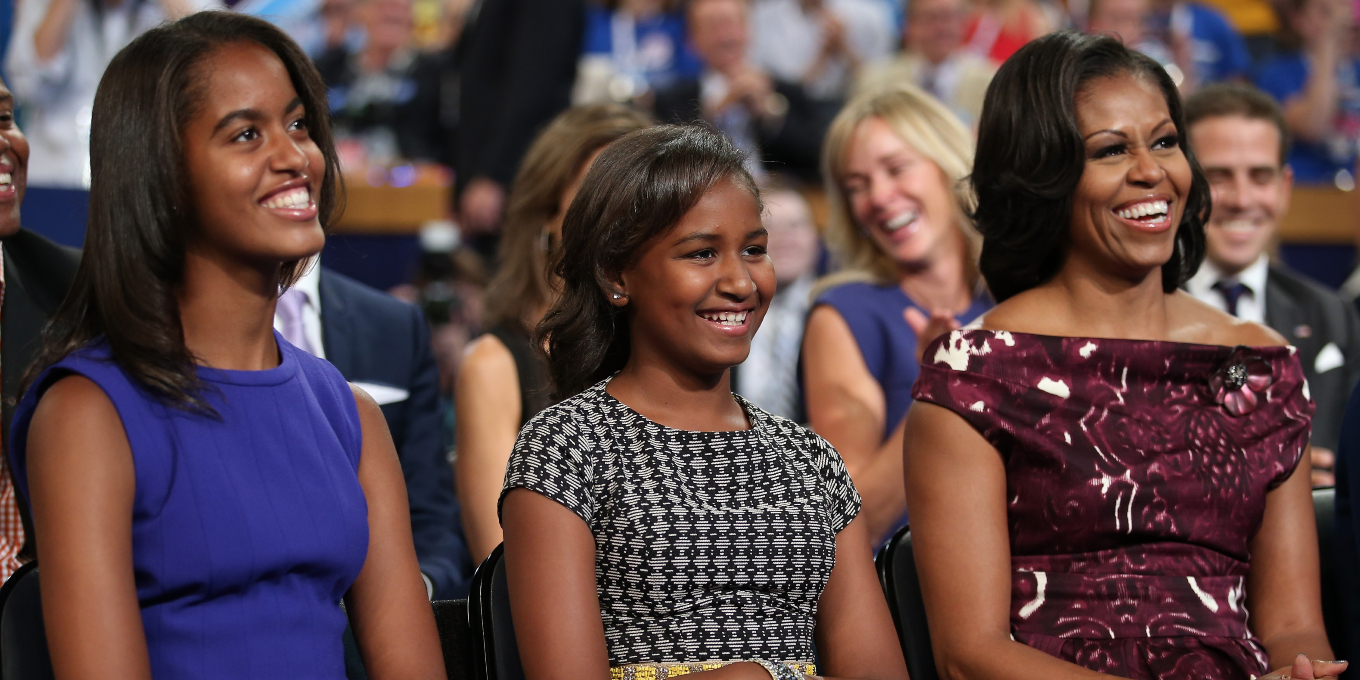 Former First Lady Michelle Obama has shared her lingering concerns over the safety of her two daughters, 22-year-old Malia and 19-year-old Sasha, both of whom are currently of age and licensed to drive, in the face of law enforcement, in a new CBS This Morning interview.

‘They’re driving, but every time they get in a car by themselves, I worry about what assumption is being made by somebody who doesn’t know everything about them—the fact that they are good students and polite girls, but maybe they’re playing their music a little loud. Maybe somebody sees the back of their head and makes an assumption,’ Obama told host Gayle King.

‘Like so many parents of Black kids … the innocent act of getting a license puts fear in our hearts,’ she added. ‘I think we have to talk about it more and we have to ask our fellow citizens to listen a bit more and to believe us and to know that we don’t want to be out there marching.’

Obama declared it time for the nation to move past the fear-based othering that lies at the root of racism.

‘I mean, all those Black Lives Matters kids, they’d rather not have to worry about this. They’re taking to the streets because they have to. They’re trying to have people understand that we’re real folks, and the fear that many have of so many of us is irrational. And it’s based on a history that is just, it’s sad and it’s dark. And it’s time for us to move beyond that.’

Obama makes strides to combat racism by moving from a place of love, instilling in the next generation of kids essential values of empathy and acceptance. Back in March, she released a children’s series on Netflix, Waffles + Mochi, which touts the importance of health and nutrition, among its greater themes. ‘It sends a message beyond food and fun. You know, there’s always a theme about love and acceptance and openness. It’s just a gentle reminder to young kids. We want to teach them this rare gift of empathy,’ Obama said, according to CBS News.

While speaking to Gayle King, the former First Lady acknowledged that ‘there is still work to be done’ in the fight against injustice after former Minneapolis police officer Derek Chauvin was officially convicted for the death of George Floyd on April 20, nearly a year after Floyd was killed. Chauvin faced charges of second-degree unintentional murder, third-degree murder, and second-degree manslaughter. His sentence will be announced on June 25.

The verdict spurred a nationwide sigh of relief on behalf of Floyd and his family—and while regarded aptly by President Joe Biden as ‘a giant step forward in the march toward justice in America,’ as well as by prosecuting attorney Ben Crump as ‘painfully earned justice,’ the Obamas have sought to remind the nation in an issued statement that institutionalised racism still pervades, often invisibly, and that ‘true justice is about much more than a single verdict in a single trial.’