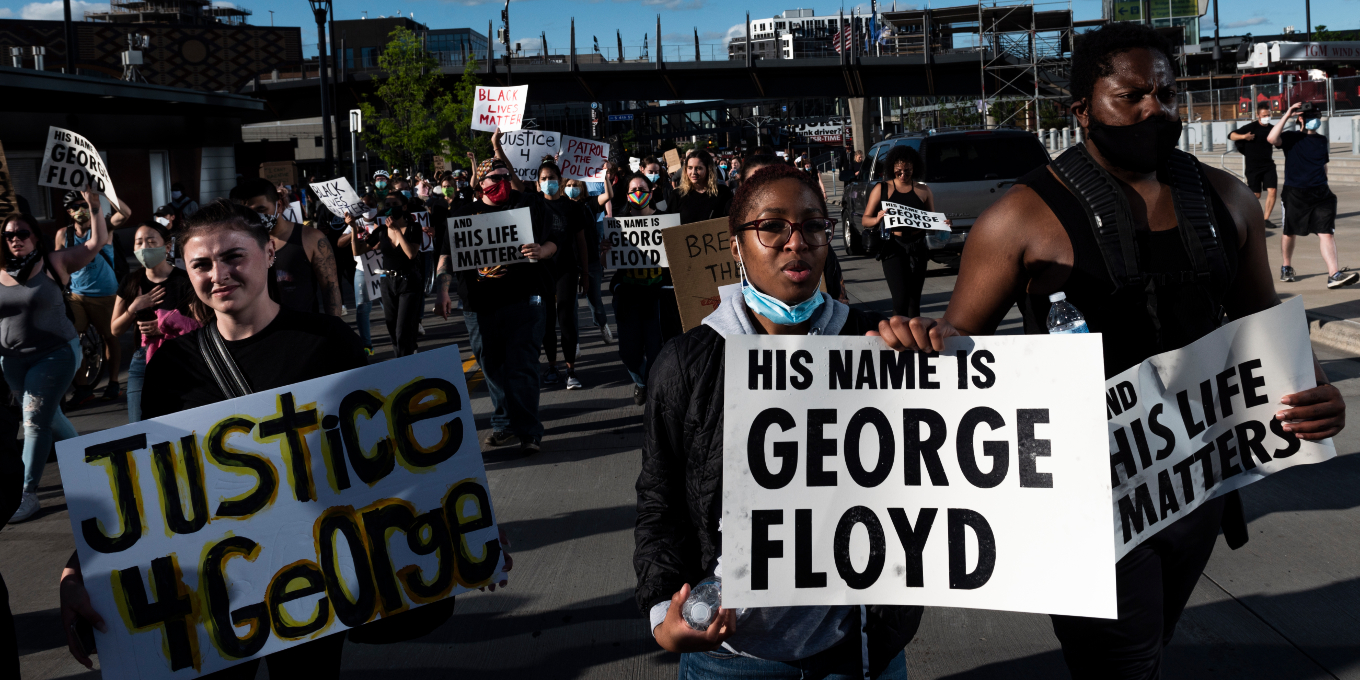 Almost a year since George Floyd’s death, which sparked mass global protests and calls for justice around the world after we witnessed another Black person killed by a white police officer, the criminal trial into the father-of-one’s death reached a verdict.

On April 20, a jury in Minneapolis found former police officer Derek Chauvin guilty of the murder of Floyd.

The 45-year-old – who was filmed kneeling on Floyd’s neck for nine minutes where Floyd repeatedly called out ‘I can’t breathe’ – was found guilty of three charges, second-degree murder, third-degree murder and manslaughter. Chauvin has not yet been sentenced but according to the BBC, he could be imprisoned for decades.

The verdict was met with relief and jubilation, both in Minneapolis and around the world, as history has shown us on several occasions that police officers rarely face criminal convictions for their actions when a Black person has died in custody. After the verdict was reached, Floyd’s brother Philonise said: ‘Today we can breathe again’, while Floyd’s daughter was seen celebrating on the shoulders of a relative shouting, ‘Daddy changed the world’.

President Joe Biden said the verdict was a ‘giant step towards justice in America’, but added there is still work to be done to dismantle systemic racism in the country.

Here’s how celebrities, including Beyoncé, the Obamas, Kim Kardashian and Mariah Carey reacted to the breaking news that Derek Chauvin was found guilty of George Floyd’s murder:

A guilty #verdict. But this fight for justice is not over. We have a lot of work to do. There is more fight ahead of us. But RIGHT NOW please take CARE of yourself. And let’s take care of each other. Prayers and love to the family of #GeorgeFloyd.

A reminder that victory would be George Floyd being alive. Every day Black Americans worry if they will be next is another day without justice.

Today, a jury did the right thing. But true justice requires much more. Michelle and I send our prayers to the Floyd family, and we stand with all those who are committed to guaranteeing every American the full measure of justice that George and so many others have been denied. pic.twitter.com/mihZQHqACV 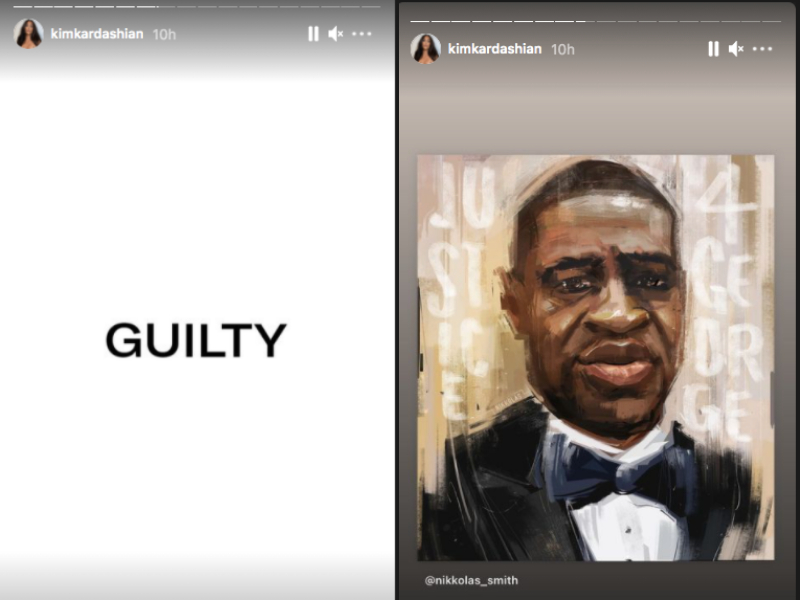 GUILTY!!!! As it should be!! Now….Rest In Peace George Floyd. Rest. You and your family have been vindicated. ❤❤👊🏿 #SayHisName
🎨@4NIKKOLAS pic.twitter.com/DgVFG7UVPF

This verdict does not bring back Mr Floyd. But justice is truth.

Thank you Jesus! I’m in tears. May your legacy live on forever #GeorgeFloyd. 🙏🏽❤️

The evidence of our eyes met at last by accountability in the eyes of justice. #DerekChauvinTrial

That a family had to lose a son, brother and father; that a teenage girl had to film and post a murder, that millions across the country had to organize and march just for George Floyd to be seen and valued is not justice.

And this verdict is not a substitute for policy change. https://t.co/tiDkhl9Dk4

George Floyd's family and community deserved for his killer to be held accountable.

Today, they got that accountability.

This verdict is just the first step in a long line of injustice against the Black community, often with no consequences. The work is not nearly done. While there are many more families waiting for justice, my heart is with George Floyd’s family right now. #PoliceReformNOW @NAACP

FOUND GUILTY ON ALL THREE CHARGES.

Rest In Peace, George Floyd. You have changed the world. #verdict 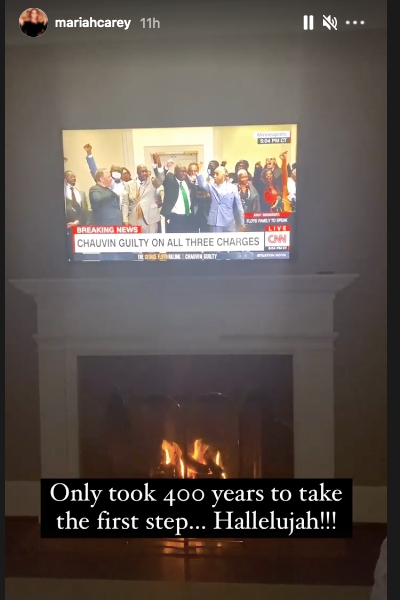