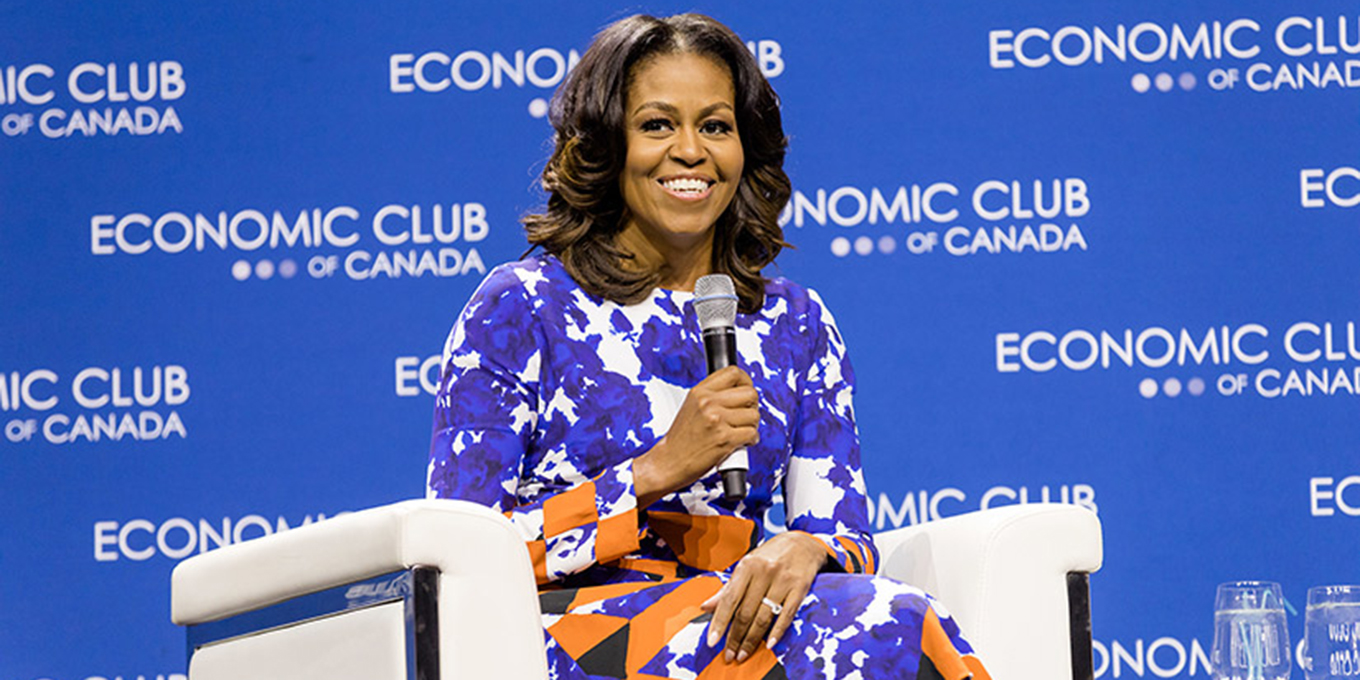 Former U.S. First Lady Michelle Obama is three episodes into her new Spotify audio venture, The Michelle Obama Podcast, where she has been speaking openly about relationships, politics and social change – even addressing her personal experiences with low-grade depression. Obama got even more personal in the latest episode addressing women’s health – specifically, reproductive health, menopause and aging – with special guest Dr. Sharon Malone, an OB-GYN.

“I, too, am a hormone taker, low risk on all the other fronts because I have a very healthy baseline, and, well, I was experiencing hormone shifts because of infertility, having to take shots and all that,” Obama explained, mentioning she takes hormones during menopause. “I experienced the night sweats, even in my thirties, and when you think of the other symptoms that come along…just hot flashes! I mean, I had a few before I started taking hormones. I remember having one on Marine One…I’m dressed, I need to get out, walk into an event, and, literally, it was like somebody put a furnace in my core and turned it on high. Then, everything started melting and I thought, ‘Well this is crazy, I can’t do this!’”

She further revealed that her husband, former United States President Barack Obama, was supportive and understanding of women experiencing similar symptoms on his team. “Barack was surrounded by women in his cabinet, many going through menopause and he could see it. He could see it in somebody because sweat would start pouring, and he’s like, ‘Well, what’s going on,’” she said. “He didn’t fall apart because he found out there were several women in his staff that were going through menopause. It was just sort of like, ‘Oh, well, turn the air conditioner on.’”

“Because there’s a lot of the functions of day-to-day life when you’re going through menopause that just don’t work,” she added. “Wearing a suit! There’s a lot of stuff that women need to talk about so some of these cultural norms change.”

Obama and Malone also discussed aging more broadly and the personal changes that come with getting older. “When I turned 60, I said to myself, You know, I’m going to give myself this gift, and the gift is I’m going to say yes to everything I want to say yes to and no to everything I don’t,” Malone said. “And I don’t think I have ever, in my life, given myself permission to do that.”

Obama replied, “And let’s stop there so that the men that could be listening to this hear this, because they start doing that when they’re 20. They adopt that philosophy much earlier in their lives. Men, it takes us until we’re 50 or 60 to feel free enough, physically and emotionally, to say, I’m going to think about what I want, and say yes and no to the things that bring me joy or turn me off.”

You can listen to the enlightening episode below on Spotify, and as Obama stated: “You may want to put this on the speaker and blast it throughout the house so that your husband or your boyfriend, or your brother, they can hear it too.”