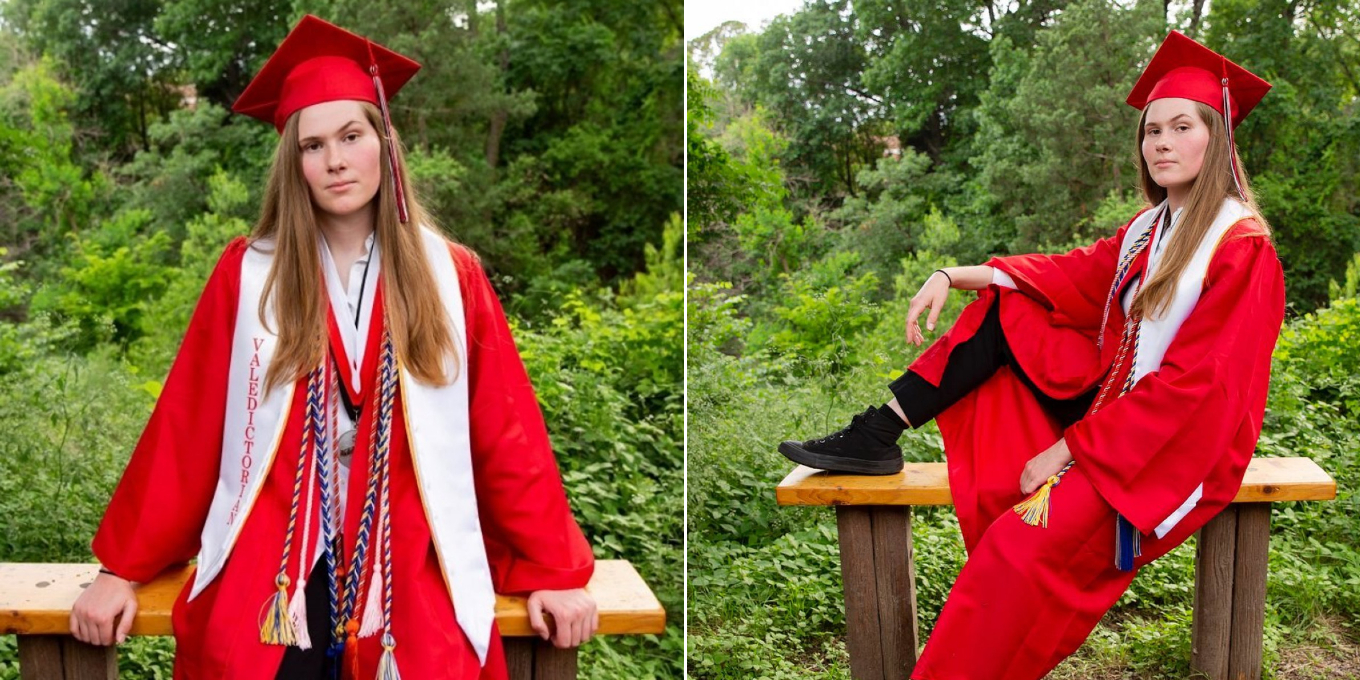 When students graduate from school in the United States, one pupil is chosen as valedictorian to deliver the final speech on behalf of the students.

The speech usually follows a standard format of reminiscing about the school, thanking the staff and encouraging hope and prosperity for the future.

However, Paxton Smith – a student who was selected as valedictorian for the graduation of Lake Highlands high school students in Dallas, Texas – went off script with her speech. The decision came after the state recently enacted extremely restrictive abortion laws and, as a result, saw Smith veer away from her agreed speech about the media and refocus the subject matter entirely.

Last month, the Texas Republican governor Greg Abbott signed a so-called ‘heartbeat bill’ which prohibits an abortion after six weeks, even in cases of rape or incest. Given the fact that many women do not know they are pregnant until six weeks or later, per The Guardian, this amounts to a near total ban on abortion in Texas. The bill also means that any private citizen can sue anyone providing abortion care in the state, including clinics, activist groups, supporters, rape crisis centers or even family and friends supporting a woman who wants and requires an abortion and consequent aftercare.

This signing into law of one of the most extreme abortion bans in the US caused Smith to decide that this was the most pressing issue she had to bring up with her peers in a speech that has now gone viral.

In the speech she noted:

“Under light of recent events it feels wrong to talk about anything other than what is affecting me and millions of other women in the state. Recently the heartbeat bill was signed in Texas. Starting in September there will be a ban on abortions after six weeks of pregnancy… before they [women] have a chance to decide if they are physically, mentally and financially stable enough to carry out a full-term pregnancy, before they have the chance to decide if they can take on the responsibility of bringing another human being into the world that decision is made for them by a stranger. A decision that will affect the rest of their lives is made by a stranger.

I have dreams, hopes and ambitions. Every girl graduating today does and we have spent out entire lives working towards our future and without our input or consent our control over that future has been stripped away from us. I am terrified that if my contraceptives fail, I am terrified that if I am raped, that my dreams, efforts and aspirations for my future will no longer matter. I hope you can feel how gut-wrenching that is. I hope that you can feel how dehumanizing it is to have the autonomy over your own body taken away from you.

…I cannot give up this platform to promote complacency and peace when there is a war on my body and a war on my rights, a war on the rights of your mothers, sisters, daughters. We cannot stay silent. Thank you.”

Smith’s words were met with a huge round of applause from her fellow students. She has since told the BBC she was expecting to be ‘cut off’ with every sentence and was surprised to have made it through the full speech.

However, it wasn’t just Smith’s classmates who praised her speech. In the last week a video of the speech has spread across the internet, resulting in high-profile celebrities, politicians and activists commending the student for her bravery:

This took guts. Thank you for not staying silent, Paxton. https://t.co/DlwEgmMRGN

Paxton, thank you for having the courage of your convictions and inspiring Texas with your refusal to accept injustice as the price of participation in civic life.

May we all use our place in this democracy to fight for what we believe to be right and follow your example! https://t.co/PS3ZR80Gl7

Our grown politicians aren’t serving the public, so high school girls have to step in instead. Paxton Smith took to her stage to shine light on Texas’ abhorrent abortion law, despite the risks.

Thank you for speaking out, Paxton.https://t.co/rpzjQdcYc4

Paxton Smith I’m grateful for your courage to stand up for women’s rights. Congratulations on your graduation and being so brave and smart. 🎓⚖️

If you have yet to see her speech, take a look. https://t.co/MrVjQjCgcP

Wherever you stand on the issue you have to admire this young lady standing up for what she believes and believing in the power of her voice.

What a brave and inspiring young woman. Thank you for your courage, Paxton Smith. Solidarity from the other side of the Atlanticpic.twitter.com/YcyJF03Qk0

Something tells us this isn’t the last we’ll be seeing or hearing from Paxton Smith!

12 Brands Supporting the LGBTQIA2S+ Community This Pride Month
The Importance of Recognizing Community, Embracing Identity and Speaking up Amid the Rise in Anti-Asian Racism
The Model Minority Myth Harms Us All