Nadya Okamoto is a 23-year-old Asian American author, organizer and social entrepreneur. In 2020, she co-founded August, a lifestyle brand working to reimagine periods. In this op-ed, she explores the model minority myth. 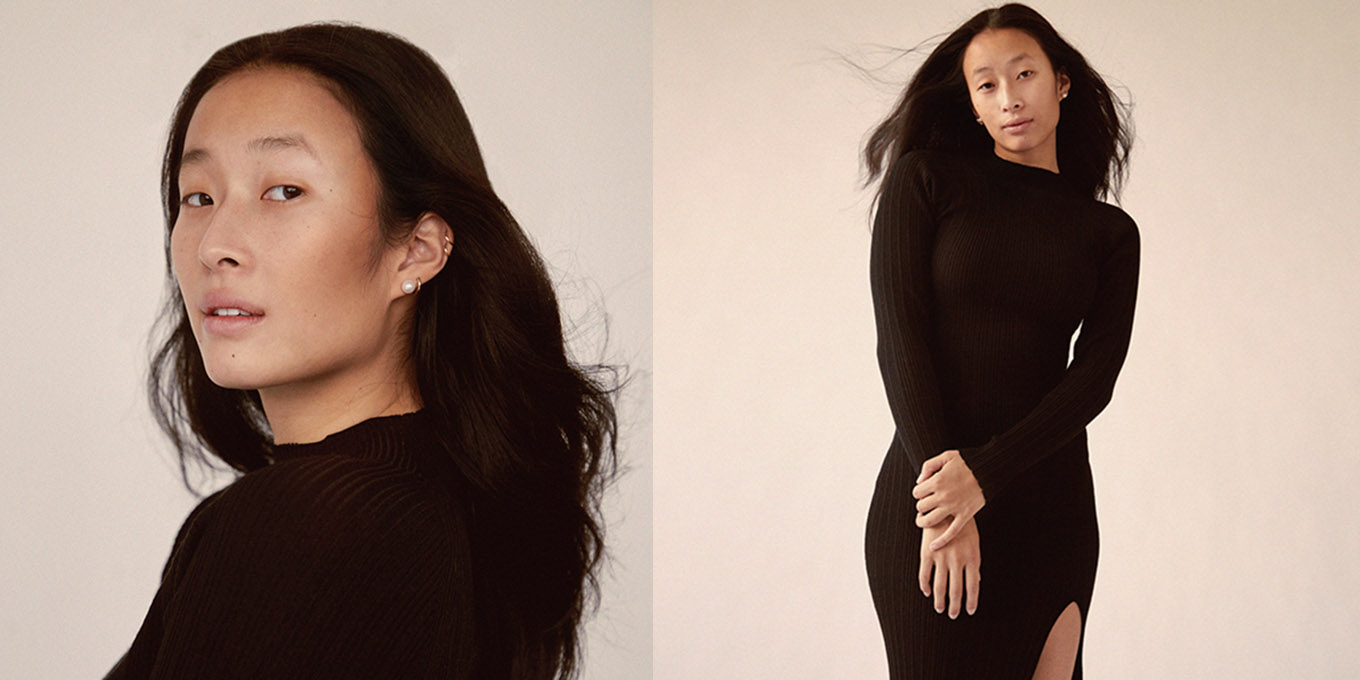 For over a year, our whole world has faced a deadly pandemic—a murderous virus that our last presidential administration referred to as the “China Virus” or “Kung Flu.” Last year, we saw a resurgence of energy around the fight for racial justice as even more videos of Black people getting killed by police were caught on camera. And in March, six Asian women were killed in a mass shooting in Atlanta, Georgia.

The #StopAsianHate movement has mobilized support for and unity amongst the Asian American Pacific Islander community. But something about the response over the last month makes my skin crawl: the sentiment of shock from people about anti-Asian violence existing in the first place, and the expressed assumption that it is a new phenomenon, something that could have only begun in the last year because of the racist remarks around COVID-19.

If I’m being real with myself, two years ago, before I really started my own unlearning and learning about Asian American history and sociology, I likely would have had a similar reaction. I spent most of my adolescence in Portland, Oregon— the whitest major city in the United States. There, I learned about Lewis & Clark every year, but things like the 1882 Chinese Exclusion Act and Executive Order 9066, which ordered over 120,000 Japanese Americans to be rounded up and forced into internment camps, were glossed over. The dismissive reaction from mainstream media outlets and even police authorities in response to the Atlanta shooting last March is unfortunately, unsurprising and nothing new.

In 1982, a Chinese American man named Vincent Chin was murdered by two white autoworkers who blamed the decline of Detroit’s auto industry on Japanese car manufacturers. As they beat Vincent Chin to death, they shouted, “It’s because of you motherf*ckers that we’re out of work!” The murderers were fined $3,000 and were not given any jail time. A judge on the case explained that the two white men just “weren’t the kind of men you send to jail.”

The shooter in Atlanta killed eight people, including six Asian women. He defended himself by stated he had a “sexual addiction” to Asian women and had to eliminate temptation. The sheriff’s spokesperson responded by explaining that the shooter was having a “bad day and this is what he did.”

The model minority myth perpetuates the narrative that Asian Americans are well-off whiz kids who have achieved great success because of hard work, politeness, and cultural intensity around academics. There are so many reasons why this myth is harmful, and it wasn’t until last year, through my own accountability process of trying to dismantle harmful beliefs even within myself through education and unlearning, that I was taught that the model minority myth is actually rooted in anti-Blackness and created and perpetuated by white supremacy.

The idea that work ethic and politeness could be evaluated as drivers of the “whiz kid” success of Asian Americans implies that if another marginalized group like the Black community has not achieved the same economic mobility, it is due to a lack of work ethic and politeness. It assumes that we live in a meritocratic society, ignoring any notion of systemic or historic oppression and denying the existence of privilege. By creating a “good” minority, there is automatically an implied “bad” minority. This creates tension and divide between marginalized communities, while still maintaining the superiority of the white majority. 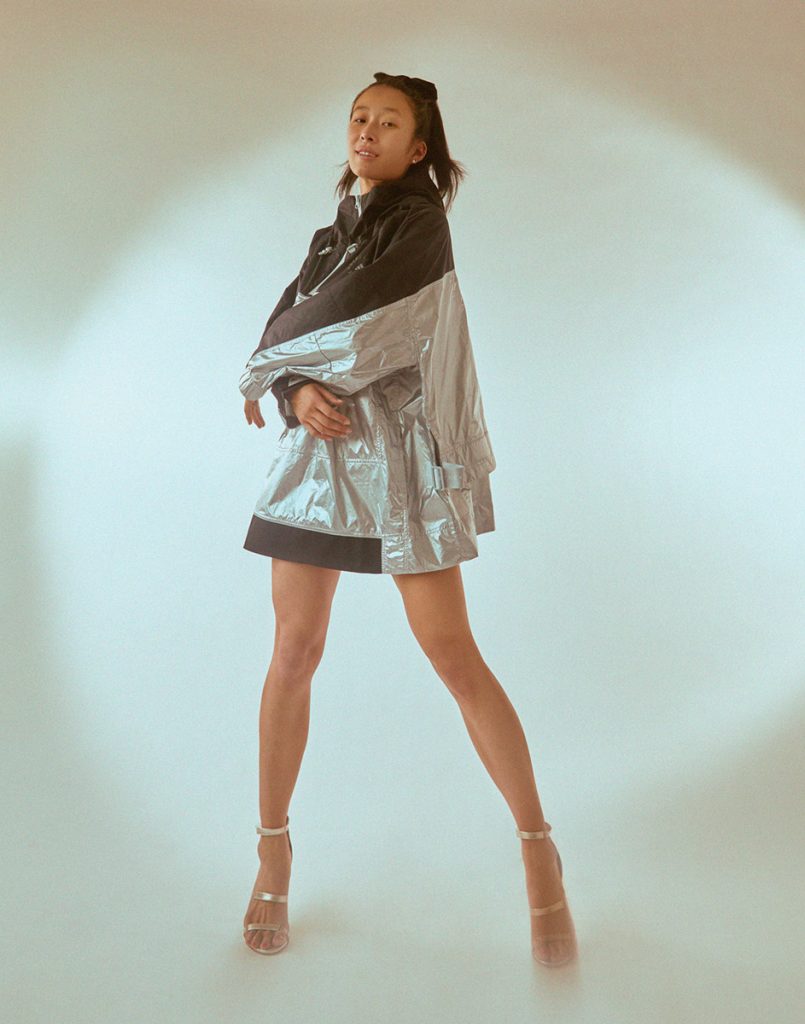 I’m still dismantling my own shame about my race and ethnicity—and to be honest, I still don’t know what it means to be Asian American. I mean, this term “Asian American” is supposed to encapsulate dozens of different ethnicities into one term—and the model minority myth erases the injustice that the AAPI community continues to experience. In reality, Asians are “the most economically divided racial or ethnic group in the United States.”

Upon reflection, I recognize that I never felt empowered to condemn or fight the racist bullying I grew up with because I felt alone and silenced by the model minority myth.

When I didn’t get perfect grades, I had a teacher who would pull me aside and say things like “Will it be safe for you at home if you take this grade back? I assume your parents are, you know, strict?” I would laugh all these things off because I was often the only Asian kid there.

When I started dating, guys would readily tell me that they “loved Asian women,” or comment that they preferred “tight Asian pussy,” or ask if I’m like other Asian girls and want a man to be dominant … even violent. I cringe as I recall how normalized these comments feel for me.

Through all these anti-Asian comments, I felt … alone and confused. I didn’t fight back because I was often the only one who looked like me, or the other East Asian kids in class would reject me as a “bad Asian,” perhaps because of my obvious attempts to assimilate. I felt confused because even with the intensified shame such comments brought me, I wondered—is it really wrong? Is this their way of calling me smart? When they touch me in places that make me uncomfortable and whisper “bukkake” before laughing with their friends, is it their way of saying I’m sexy?

As I found myself in more rooms with social justice advocates as I got older, I was frequently asked if I considered myself a person of colour. I found this question startling because it felt obvious to me that I was—I mean, don’t you see me? I’m not white? At the same time, the messaging I grew up with also made me feel guilty for claiming that I was a minority. In high school my best friend and I tried to start an “Asian Pride Club” as an affinity group, and we had to fight faculty who thought it wouldn’t be fair given that white students couldn’t start a “White Pride Club”—telling my 16-year-old self that these two things should be evaluated in the same way, and that Asians were a monolith.

We must all stand in solidarity against systems of oppression and white supremacy. It is a necessary collective effort to dismantle the model minority myth, not only in support of the #stopasianhate movement, but for the pursuit of racial justice in our country and beyond.

For those of you here … EDUCATE yourself and EDUCATE others about the model minority myth. I am still very much at the beginning of my lifelong journey of unlearning and learning—and I so wish that I had learned more of this, especially around the model minority myth, much earlier in my life. Create time in your days to learn about our history, your history. Forward, together.

Nadya Okamoto is a 23-year-old American author, organizer and social entrepreneur. In 2020, she co-founded August, a lifestyle brand working to reimagine periods. She is also the founder of PERIOD.

Here’s How You Can Support the Asian Community Right Now
Is the Wellness Industry Too White?
Why White Silence on Racism Is Deadly