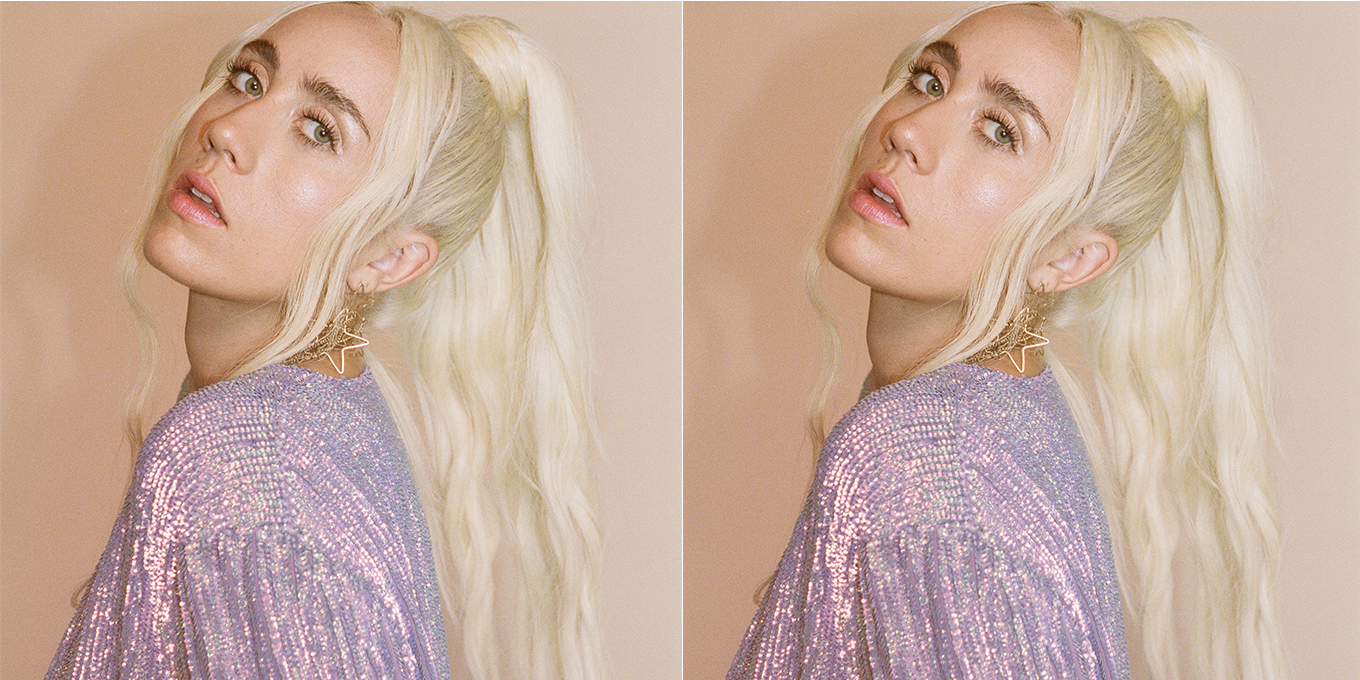 If you’re a pop music fan in Canada, you’ve likely heard the buzz around Ralph, the Toronto-born, dance-pop sensation making waves across the country. If you’re a folk music fan, you may have heard of Raffa Weyman, who made the rounds as a folk-rock musician in bands at local watering holes several years ago.

It’s apt that when I reach Ralph over the phone, she is staying at a cottage in rural Tobermory, Ont. – a location that feels closer aligned to her folk roots than the glossy pop sheen of today. However, if there’s one thing you will learn from spending time talking with the singer/songwriter, it’s that lines between genres can and should be blurred; whether performing under her pop or folk monikers, Ralph’s aim has always been the same: to tell stories.

We caught up with Ralph about her new cover of Jennifer Paige’s 1998 hit “Crush,” her appearance on Canada’s Drag Race and how Ralph and Raffa coexist.

How did you transition from folk to pop?

I grew up with my parents always listening to jazz but also ‘90s stars like the Spice Girls and Mandy Moore. That world of pop was always shiny and beautiful and excessive to me. After high school I joined a folk-rock band with a bunch of my guy friends and from there I was kind of stuck – my foot was in that Toronto folk door. I loved singing folk music, though, and I sang backup for a while, which was also really really fun because I didn’t have to be a role. I just got to step in and sing these beautiful harmonies and it just made my heart full. The folk music kind of ended just because I was in a band at the time with three other women and it was really fun but one of my bandmates got pregnant and the other wanted to move to a farm. It naturally dissolved. A guy I was working with at the time was sending me tracks and asking me if I wanted to write lyrics on top of them. As I was doing it, I realized it was an experimental opportunity for me to get better at music that I wasn’t really used to singing. It didn’t feel radical, it didn’t feel weird – it just felt like another part of my brain. Being a folk musician for so long and listening to so much classic folk music growing up is still a huge part of how I write my songs. They are very narrative. And there’s always some sort of a story involved. When working with other writers, I need to care about what I’m writing about, so that is something that I think I’ve carried into my pop writing.

How do you differentiate between Ralph and Raffa in your everyday life?

Ralph is just maybe a sort of shiny or glossy or embellished version of me. I’ve always thought if I tried to create a persona that was so different from my actual self, it will be so much work to continue to maintain that. I don’t see myself as a serious person. If you come to talk to me after a show at the merch table, I’m goofy. I’ll tell you a funny story and I’ll be your friend. I don’t really do the mysterious thing – that’s just not something that I think that could keep up. But I think that there’s also a sense of creating a little bit of a barrier between yourself and you as an artist as self protection. If you don’t find a way to step out of your performer persona sometimes and ground yourself in real life, then I think it’s confusing and exhausting. As much as I love and appreciate my fans so much, I still keep a little bit of myself guarded and hidden. When I’m at home at my apartment in my bed, without my hair done and my makeup done or with family and friends.. I can just reground myself.

What is your songwriting process like? Do you need to be in a certain space or with certain collaborators?

Back when I sang folk music, I would write really well and really productively whenever I was in the country. I think that’s because of the roots of folk music and what you’re writing about is often related back to nature. With pop music, because I get my inspiration from so many different things, it doesn’t really matter where I write. It more so matters how my mood is and that can sometimes be based on my location. If I’m in my hot apartment and I’m dripping sweat, then my mood for writing is maybe not going to be the most productive. I remember doing a writing camp in Nicaragua in this tiny little jungle village with a bunch of other songwriters. We were there for a week and I think it was the happiest songwriting I’ve ever done and I felt so productive. I think that I can write anywhere, though, as long as my space kind of feels comfortable and safe and I feel happy. I will often have ideas in my phone ready to kind of jump into, so it’s not always derived from what’s happening in that moment at that time.

Why did you decide to cover “Crush”?

The beginning of the song when it goes, “Ahh, crush…” – even if you haven’t heard it for a while, you’re like, ‘Oh my god, I know that song.’ I was talking to my manager about covering it because we thought it would be fun to do, but I find covers can be hard to make your own when the original is so good.  I’d imagined it as kind of a cool lo-fi club banger. It’s not like a jump up and down in the air kind of song, it’s more like this groove where everyone’s moving their shoulders. It’s also special to me because I remember listening to it when I was a kid. I had this very cool nanny, who was a pop singer named Kelly. She would sometimes pick us up from school in her convertible, she always chewed gum… it was very 2000s. I remember her introducing me to a lot of independent, cool artists at the time, like Jewel, and the song “Crush” by Jennifer Paige. I think that there’s like a bunch of little things that kind of led me to do “Crush,” because I had this personal experience tied into it, and I have a personal emotional feeling about it and a memory attached to it.

I know! I have her on Facebook. When I remembered her the other day my mom was like, ‘I wonder if maybe she inspires you. Maybe that’s one of the reasons that you started doing music as a young 14-year-old and writing songs.’ She actually played a really big role like [in my life]. When you’re 11 and 12 and impressionable, you’re just looking for that female role model.

How did the video collab with Amika come to be?

Amika is a friend in Toronto and she did the “Gravity” video. I was looking at her Instagram and I was like, ‘Whoa, she’s a really talented animator and illustrator.’ For us, we really try to work with as many women as possible. She made the video with very little direction. We gave her the song and then she goes, ‘OK, well this is what the song makes me think of,’ and then give us back a video that just feels like she pulled out what I wanted without me even knowing what I wanted. She did the same thing with “Crush.” Obviously, doing the videos during the pandemic has been really tricky and we really wanted to come out with a bang. But she nailed this idea of when you’re this malleable preteen and you’re idolizing these posters, singers and celebrities. You develop this crush on everybody – women and men.

How has your style evolved over time? Who or what influences your style?

I’ve really embraced that my fans love style evolutions and they almost expect it. I used to be someone who was so picky about my hair when I was younger – I always had long hair. Now, I’m so whatever about my hair. Each time you put out a new album, there’s an opportunity for you to evolve and emerge again like a new butterfly. For the first time ever I dyed my hair really dark… if you look at a lot of our favourite pop icons, like Madonna, Gaga, Cher and even contemporary people, [evolution] is such a big part of their music. For me that’s a fun challenge. I’ve taken more risks when it comes to outfits on stage because I love shocking people. I feel inspired by a lot of the LGBTQ audience members that tend to come to my shows. I love drag culture. I watch a lot of RuPaul’s Drag Race and I’m really inspired by drag queens.

What was it like being a guest on Canada’s Drag Race?

I’ve never been on the set of a reality show before and I didn’t really know what to expect. Everyone on the crew was so nice and the whole experience was so wonderful. I knew a couple of the queens going into it and everyone seems very supportive. Every week, I’ve just been so impressed with the caliber of how it’s executed – it just looks so glossy and clean. The energy that they put into the show is really phenomenal.

The Aces Can’t Be Anything But Honest