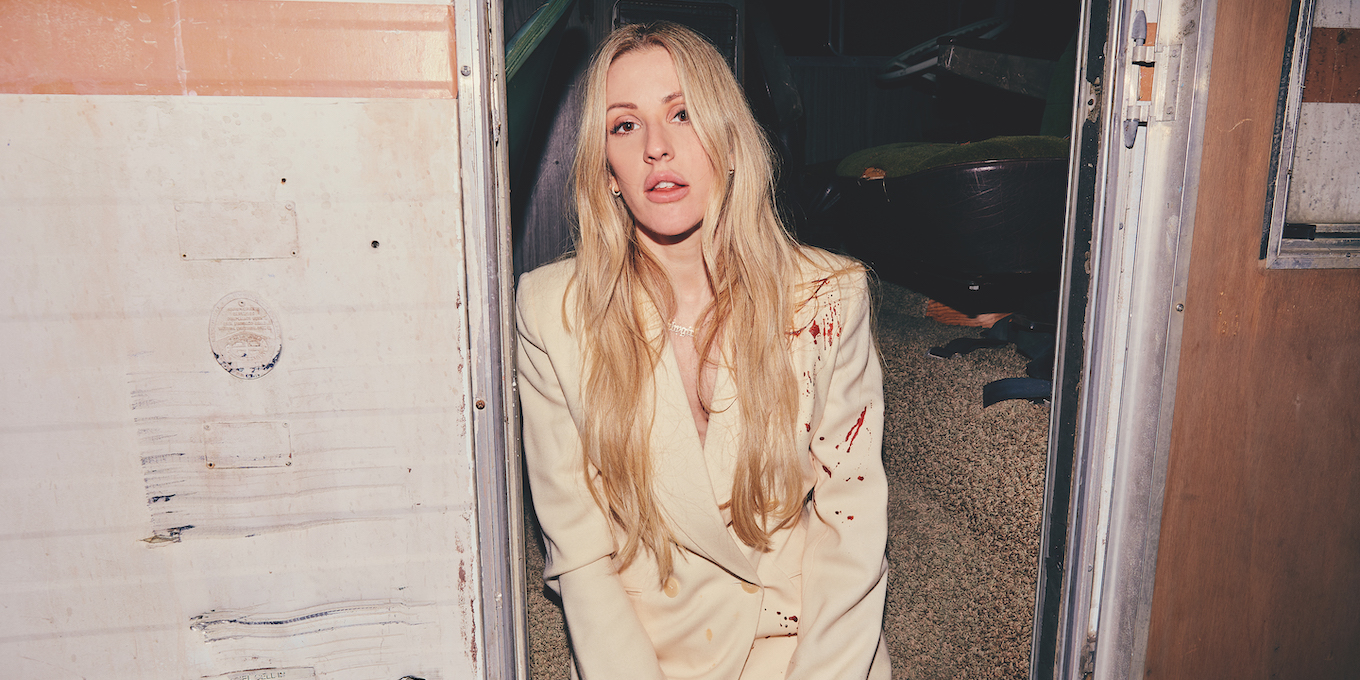 When I first reach Ellie Goulding by phone to talk about her new album, it’s nearing the end of March. Official COVID-19 lockdown measures, in both Canada and the singer’s native United Kingdom, are barely two weeks old at this point, so we’re both still firmly in phase one of self-isolation: endless baking. “The only issue is that I’m cooking too much and then instantly eating everything that I make. And I’m not talking about healthy stuff, I’m talking about cakes,” Goulding says with a laugh. “And as soon as I make something, it can’t stick around. Like, if I’m making a cake, it’s got to be eaten.”

A lot has changed since then, including the release date for the Brit’s highly-anticipated fourth LP (and first in five years), Brightest Blue, which is finally set to drop on July 17 after being delayed. It’s raw, intimate and exactly what fans have been waiting for from the pop star.

What has been on your mind as an artist who is releasing new music during a time when people really want an escape from our current reality?

I wonder how these songs will be directly related to this situation, or whether people are going to go down the route of escapism. I used to write about going out and just boys, really. My take on it is that I think it’s really important to keep writing songs that are just good pop records. The songs [I remember] from my childhood are the ones with a catchy chorus that people can sing along to, and maybe not think about too much. I’ve written songs that are designed to make you think, songs about my father, my ballad called “I Know You Care,” which is a really, really sad song. But other times I want to write a song that’s just to dance to or that’s uplifting. I’m kind of in the uplifting mode at the moment. I like the idea of being able to make music that takes people’s minds off of things.

What were some of the inspirations behind Brightest Blue?

This album has been in the making for the past three years. It started while I was living in New York. The madness of the city and the way that people live there made me very introverted. I’d spend days in the studio reminiscing about being in the middle of nowhere, being nostalgic. So it’s partly a response to that time living in a hectic place. But I was also going through a period of independence and feeling like I was getting to a place where I could appreciate myself a lot more than I used to. I could respect myself and love myself, which was a new thing. It sounds simple, but it was an awakening to realize that I could have a lot of love for myself instead of expending it all on someone else and allowing them to dictate your happiness.

I found it so fascinating that I could reach this new place in my life. I spent so many years touring and ignoring what was happening to me and around me. It took a lot of unravelling [to get there]. It was like when you have a bunch of really thin necklaces tied up together. I spent a year figuring out what the last 10 years of my life has been about, and that gave me a lot to think about.

Was that a difficult place to be? Or did you feel ready to be there?

Initially, it was scary to confront who I was without masking it with the persona I’d had on tour for so many years. I look back and think, “Who is that girl?” [On tour], you have to be this other person every night, and suddenly you become that person. You’re a performer and nothing else. [I had] to go back to being a normal human being again that didn’t have to put on a show every night. It was hard to confront that. There was a lot of getting to know who I was, but then kind of became friends with her, and that was the inspiration behind the album.

What are you most excited for fans to hear coming from this new perspective?

To me, this whole album could be a film about my life, and it will be interesting to see how we make it come alive. The songs are also more reminiscent of my early years of writing, but, at the same time, I’m exploring different chord progressions I don’t normally use.

When you say that this music is more reminiscent of your early work, how do you mean?

On my third album, I was trying to cover up who I really was as a writer. I was trying to not be too honest and, I don’t know, maybe I was trying to be someone else. I think everyone goes through that as an artist – sometimes you just don’t want to be who you really are. I was trying to be more generic and not say what I wanted to say; I wanted to be a bonafide pop star and I got wrapped up in that world. I was living in L.A., writing music for other people, not for me. I was thinking about how to write the biggest pop song. It was fun, but I’m moving away from that now. I’m very keen to get back to myself as a songwriter.

You’ve spoken before about how good pop music is also art, which I totally agree with. Have you felt like as a woman making pop music, your art hasn’t always been taken as seriously as it deserved to be?

I was brought up on British music, and we have a very unique music scene. There have definitely been situations where I was making music that I was really proud of but was compared to other stuff being released by male artists. I have felt like there’s been some favouritism towards male artists. You know, male artists often have huge followings and rockstar element, going back to the days of, like, the Beatles. It’s harder for women artists to maintain that. That said, I’ve got an incredible fan base; I have fans who have been around for a long time, rather than just come and go, which has been amazing. I really appreciate that people have stuck around.

But, yeah, it is sad. At times, I’ve really had to fight. I work really hard, I write all my own music and, sometimes, it seems unfair how hard I do have to fight compared to other people [in the industry]. I couldn’t possibly be ungrateful, though. My music does well, I get to travel the world. It could be a lot worse for me. To be honest, I’m grateful to be in a position where I can do what I love and write the music that I want to write. 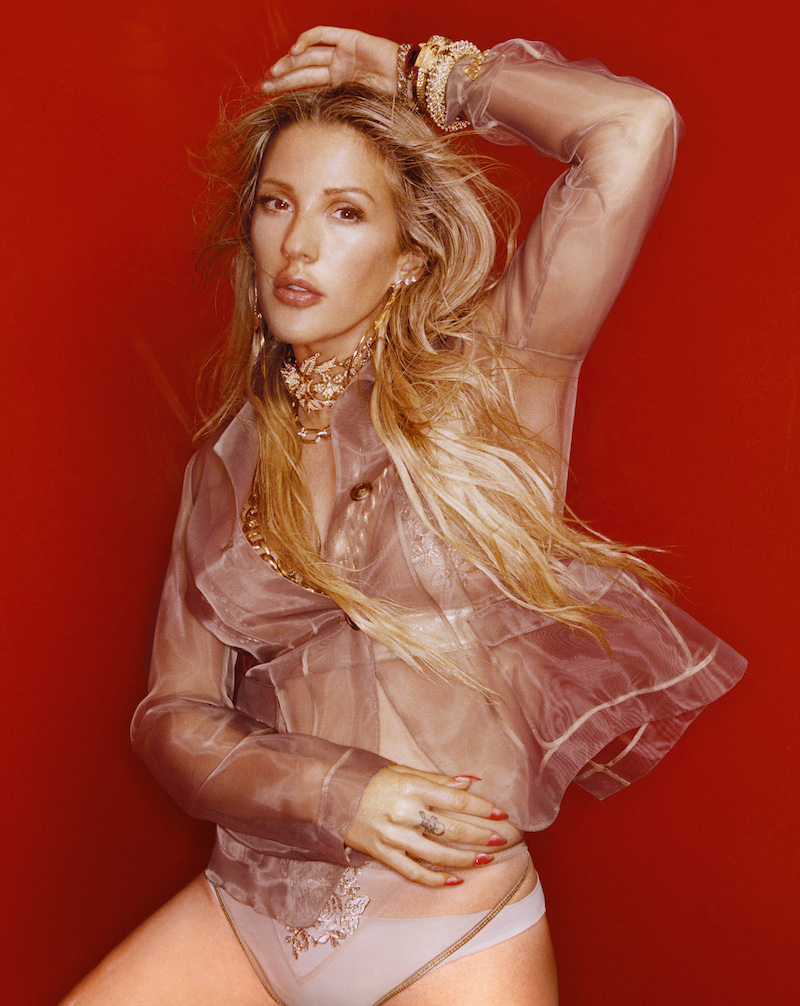 This year marks the 10-year anniversary of your debut album, Lights. How do you feel when you reflect back on your career so far?

It’s been one hell of a ride. I’m sad that I can’t remember a lot of the early years, because I feel like the most natural thing to do when you’re just trying to survive in this strange industry is to block a lot of things out. You can get complacent while travelling every single day, seeing different countries and meeting new people. It all ends up becoming one big experience. I’ve realized that, over the last few years, I’ve been paying more attention to who I was and to my surroundings. I took so much for granted [early on]. Every day, someone says, “Do you remember this?” and I’m like, “Actually, I don’t.” I wish I’d kept a tour diary. It’s definitely been a rollercoaster, but I feel like I’m in the best possible state of mind now. It’s the healthiest I’ve been in a while, physically and mentally.

What would you go back and tell the Ellie of 10 years ago?

I’d tell her to take in every single moment, write everything down, and take as much footage [as you can] – I’ve got no bloody footage of anything in the early days! Also, I’d want to prepare younger me for how drastically things are going to change in the music industry and with touring. I would tell her to take more time for herself and to make sure that she’s talking to people all the time about mental health. I just let things whiz over me, and I think it would have helped me cope if I had actually let them in.

What are you most proud of?

It hasn’t been an easy journey, but my biggest accomplishment is that I’m still here and still making music that people enjoy.