"We all love a little bit of drama in our lives and this show definitely delivers." 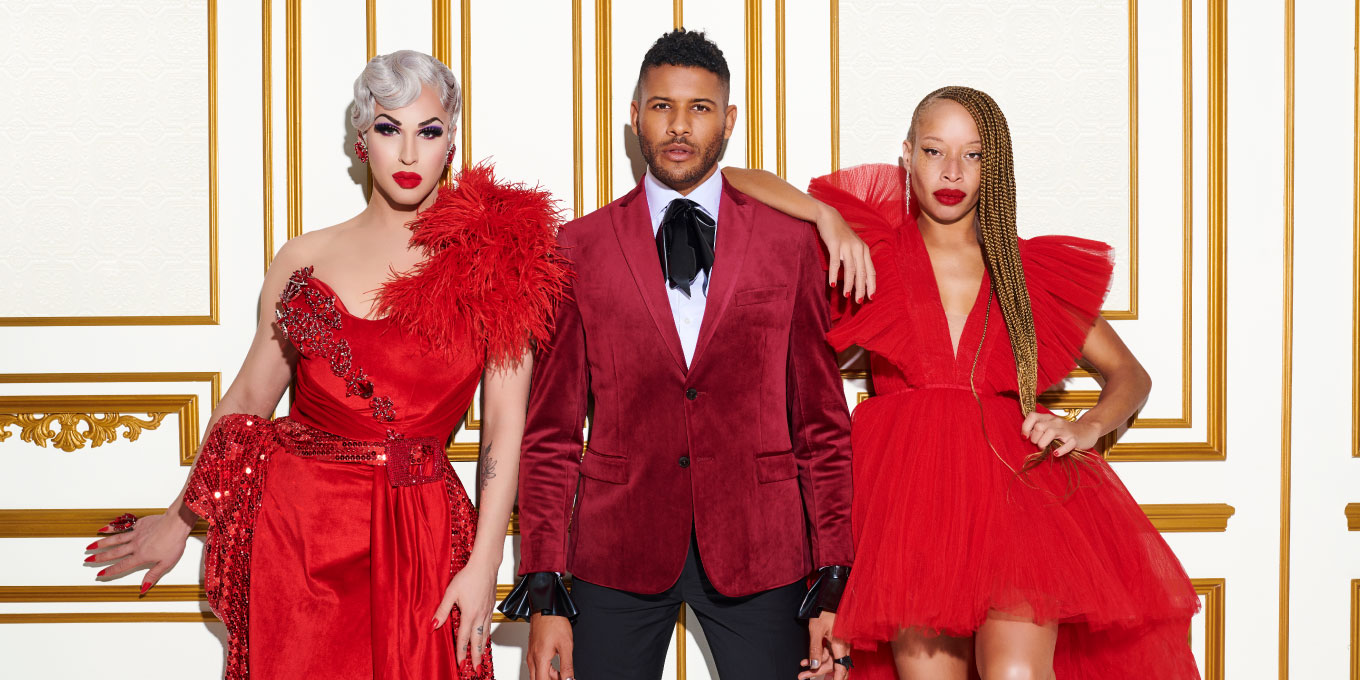 Drag Race fans, start your engines: The Canadian spinoff of the world’s most iconic reality TV series is sashaying its way to a screen near you. In the 10-part series premiering Thursday, July 2nd on CraveTV, 12 of Canada’s fiercest queens will be vying for the chance to win $100,000 and be crowned the first winner of Canada’s Drag Race. We chatted with judges Jeffrey Bowyer-Chapman, Stacey McKenzie and Brooke Lynn Hytes (runner-up of RuPaul’s Drag Race season 11) to get a taste of what’s coming.

Pride looks a little different this year with larger gatherings being limited. How are you celebrating Pride Month?

Jeffrey: Right now is an unprecedented time where we’re not able to go out and celebrate how we normally would. But at this time of global cultural awakening, people are starting to see more and more how connected we are and how each of our actions and belief systems affect the other. Now, more than ever, people are open to educating themselves in ways they never have before. Pride was started at the Stonewall riots in New York City 51 years ago. It was a revolution started by drag queens and trans people [of colour]. I’ve taken this opportunity to educate friends and family and offer them material that they may not be otherwise familiar with, [like] pieces of literature and art from queer and trans artists.

Brooke Lynn: I second that. It’s a moment to reflect on how Pride really started. For me, personally, it’s been a moment to educate myself about what’s been going on in the world, because I realized there’s a lot of stuff I just didn’t know. I’ve been having tough conversations and it’s really been really, really amazing. Honestly, this has been one of my favourite Pride months so far that I’ve ever experienced because I feel like I’ve grown the most as an individual.

It’s interesting that the Canadian adaptation has three hosts. There are obviously huge shoes to fill! What do each of you bring to the judging table?

Brooke Lynn: We all bring something so different. Jeffrey brought his knowledge of how to judge the show; he’s the only [one of us] who has actually judged RuPaul’s Drag Race before. Stacey is an amazing model and has such [an extensive] knowledge of fashion and brought such energy and spunk to the panel. [As a past judge], I’ve walked in these queens’ shoes. I know what they’re going through, so I’m able to relate on that level. The three of us had never met before we started filming. It was just instant chemistry and I’m so grateful to be doing this with them.

Who is the toughest judge out of the three?

Brooke Lynn: I think Jeffrey was the most stern. We all had our moments though!

Jeffrey: I definitely agree. My judging style was learned from sitting next to Michelle Visage for multiple episodes on RuPaul’s Drag Race. Her judging style is very direct – she [wants] queens to be the best in all aspects of their drag performance. It’s always coming from a place of love. At the end of the day, it’s so much more than just a show. The opportunity for personal growth during the course of these 10 weeks is a once-in-a-lifetime opportunity. Also keep in mind that the queens are there to snatch a crown and win $100,000 – we’re not going to give that away for free.

Canadians are known to be polite. Will the level of shade be comparable?

Brooke Lynn: I’ve been all over the world. I’ve seen and met and kiki’d with drag queens everywhere and they are very much [alike] – this competition is no different. I mean, the queens are very nice and lovely, but at the same time, this is a competition and the claws definitely come out. That’s part of the magic and the fun of the show. We all love a little bit of drama in our lives and this show definitely delivers.

Stacey: What I love about our Canadian queens is that they’re very professional and they really do step it up. They take the criticism and the critiques and they soak it all in, and use it to better their craft. [The queens] are on a mission to make their mark, each and every one of them.

Are we going to see some of the well-known challenges repeated in the Canadian version of Drag Race? What we really want to know is: will we see a Canadian snatch game?

Stacey: You’ll have to wait and see!

Out of the three of you, who is the biggest Drag Race fan?

Stacey: Jeffrey knows everything. Every nook and cranny. He is well-versed, well knowledgeable, he is a true die-hard Drag Race fan. Jeffrey all the way.

Stacey: I have to go with Madonna’s “Gang Bang.” I’d dance on the runway and lip sync the hell out of that song! Or Madonna’s “Vogue.”

Jeffrey: I just know my favourite lip sync [moment] of all time was between Brooke Lynn and Yvie Oddly to Demi Lovato’s “Sorry, Not Sorry.” That’s my top.

What’s one piece of advice for anyone who wants to audition for Drag Race in the future?

Stacey: Be yourself and have the confidence to own who you are. Make sure you have a strong sense of self, don’t be afraid to show every side of you. That’s number one. You have to know every nook and cranny of your craft. Study everything about Drag Race. Your sewing, your runway, your lip synch. Practice and always be one step ahead.

Jeffrey: And take a dance class or two!

Alisha Boe on Saying Goodbye to 13 Reasons Why

Sofia Carson on Her New Netflix Movie Feel the Beat