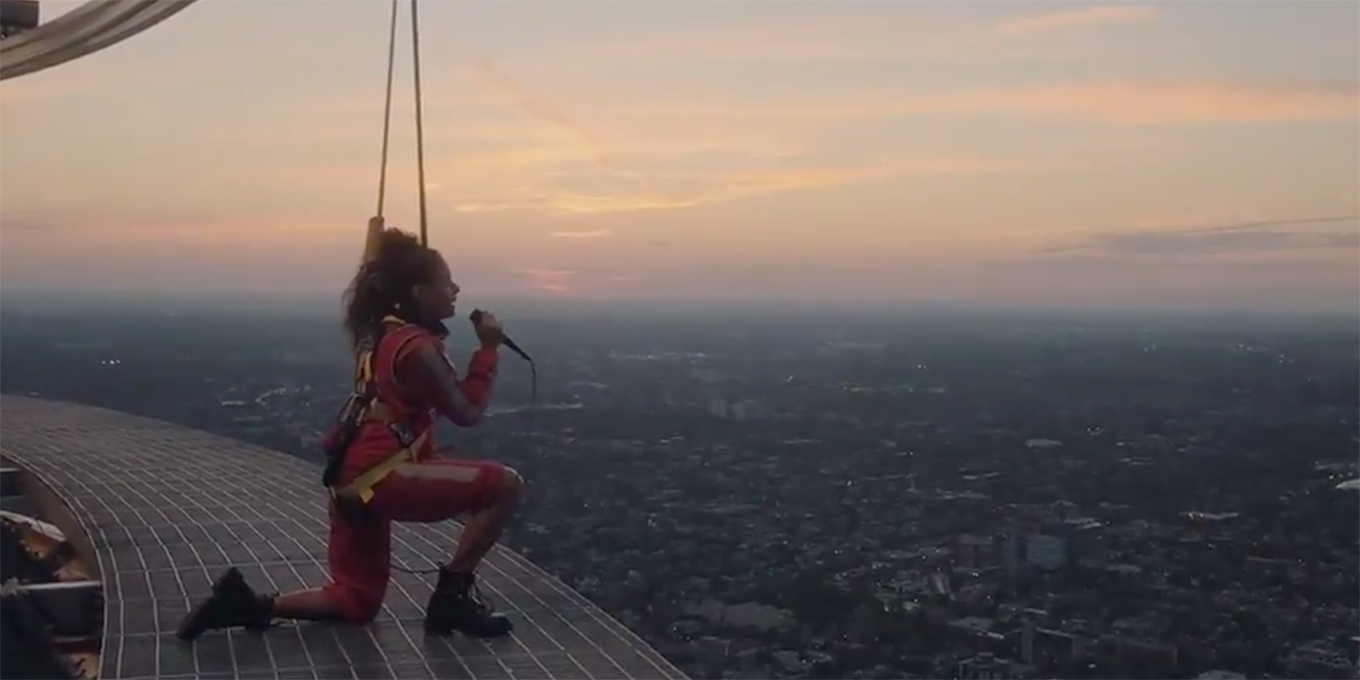 To sing the ‘O Canada’ before a Toronto Raptors game is an honour. To do so from the top of Canada’s tallest building is monumental – and Jessie Reyez just became the first artist to do it.

The Toronto-born singer-songwriter performed both the Canadian and American national anthems atop the CN Tower in her hometown, clad in a red suit typically reserved for EdgeWalk participants. Her vocals were strong as ever, which is a feat, considering she was approximately 1,168 feet above the ground.

The performance introduced round one, game one of the Toronto Raptor’s NBA playoff series taking place in Orlando, Florida against the Brooklyn Nets (Reyez’s performance was virtually broadcast from Toronto).

Reyez has been keeping busy, having just performed “Before Love Came To Kill Us” on The Tonight Show Starring Jimmy Fallon last week, as well as gracing the cover of our September issue. “I would do crazy things like that just for the sake of ambition, just to soothe this hunger I had for art and expression,” she told us of her ambition as a kid to be a performer. “It became second nature to know that I needed to work hard.”

We don’t know about you, but we are certainly feeling proud to be Canadian right about now. Watch the full performances below.