Why Don’t A Christmas Prince and A Princess Switch Exist in the Same Universe? 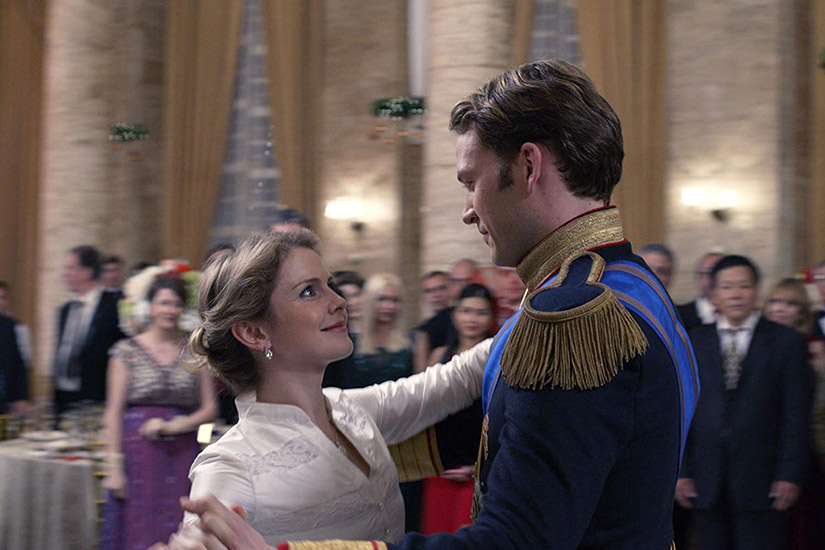 There’s never been a shortage of over-the-top and cozily predictable holiday movies, but I can admit that it wasn’t until Netflix dropped the so-cheesy-it’s-perfect A Christmas Prince that I became fully obsessed with all things festive and made for TV. I felt very merry when the streaming service revealed we’d be getting a sequel, A Christmas Prince: The Royal Wedding, but at the time, November 30 was a long time to wait to start our holiday movie marathons—especially when this is Canada and I want to get into the spirit the second it’s cold enough to even think about breaking out a Canada Goose parka.

Luckily, Netflix had anticipated my needs with yet another royal-themed offering: The Princess Switch, in which Vanessa Hudgens plays a baker from Chicago (Stacy) and a duchess (Margaret, who’s engaged to the Prince of Belgravia). The lookalikes happen across each other and—you guessed it—switch lives for a couple of days, eventually realizing (spoiler alert!!) they would like to make the switches more permanent. (For the record, I would also like to trade lives with a soon-to-be princess.) It has all the qualities I (hated to) love about A Christmas Prince, but is still, like, 20 percent different.

Here we see two of the stars of The Princess Switch in one photo.

There’s a much-talked-about meta moment in The Princess Switch that finds Lady Margaret (disguised as Stacy) sitting down with her love interest to watch A Christmas Prince. At first, I thought of it as one of those corny-but-funny moments that was part of the movie’s charms. But as the movie ends with Stacy (again, spoiler) marrying her prince, it actually felt like a huge missed opportunity. You’re telling me that Netflix has two holiday movies set in two vaguely European countries that involve two royal romances and they don’t exist in same world?

My question is: why?

Maybe this is just the part of my brain that keeps reading interconnected romance novels, but hear me out. Surely, both the royals of Aldovia and Belgravia have international affairs to keep in order, so it wouldn’t be a stretch to believe they’d have to work together. Plus, think of how much Stacy and A Christmas Prince’s Amber (Rose McIver) have in common. They’re two “normal” women marrying into royalty—they’ll both need support and a BFF who can understand the unique situation they’re in. Imagine the group chat!

Fan or not, this is the age of the expanded universe—although such crossovers have mainly been kept to action and superhero franchises (Netflix even has their own roster of overlapping Marvel shows). All of these holiday movies don’t necessarily need to exist in the same world, but a shared-universe seems for some of them seems like an obvious idea. There can’t be an infinite number of A Christmas Princes, after all. Establishing some connection would be a nice way to spend a little more time with characters we like, while giving us an excuse to fondly remember the silly movies we love in spite of ourselves before moving on to the next batch.

Obviously, I’ll sitting down to watch the sequel to A Christmas Prince this weekend like the rest of you, but as Amber walks down the aisle (and regardless of any conflict, I know she will), I’ll begrudgingly be scanning the crowd, wondering where Princess Stacy and her prince would have been sitting.

It may be too late for Amber to cross paths with Stacy and Margaret, but listen up, Netflix: this can be remedied. I hope that next year there’s yet another newish royal-themed holiday movie to escape into—perfectly situated just before A Christmas Prince: A Royal Baby (I mean, this has to happen, right?)—rife with crossover potential. And I hope that this time, we actually see it happen. It’s all I want for Christmas.